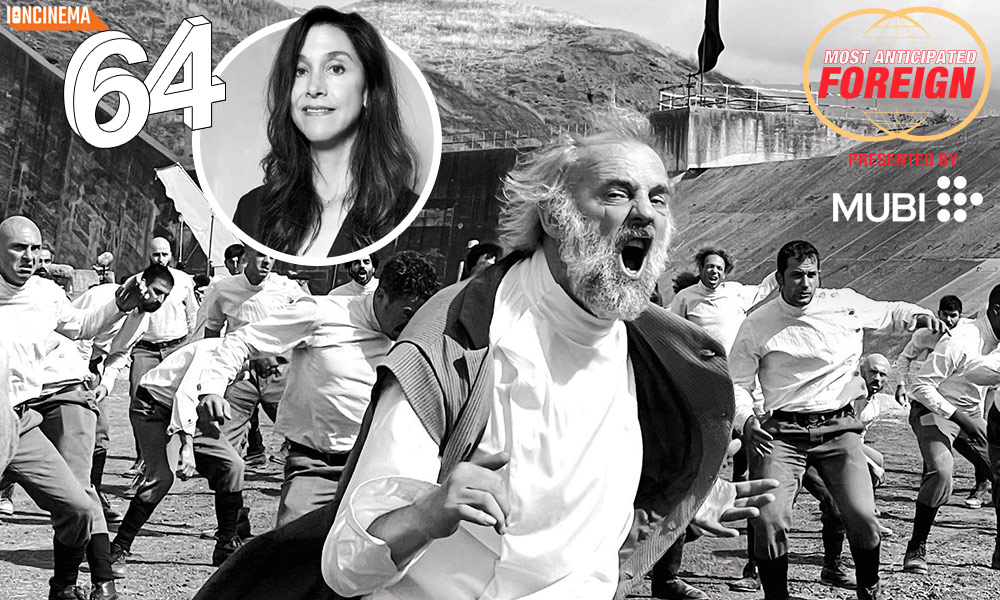 They’ve been sharing co-directing duties since their inception with 2006’s Khadak, but there was only one director’s chair on set of Fortress. Jessica Woodworth has now gone solo but Peter Brosens is not too far behind – he wears the producer’s hat on what is their six feature film collab. A 2017 TorinoFilmLab project, filming took place last summer running up until October in Sicily, and from what we can tell from this Euro co-production (obviously produced by Bo Films with producing partners from the Netherlands, Armenia, Belgium, Bulgaria and Italy) is that Geraldine Chaplin (who is credited as The General) will steal some scenes (she was in Woodworth’s last film) but she is joined by Dutch actor Jonas Smulders (he had a bit role in Antoneta Alamat Kusijanovic’s Murina) who likely toplined the project. Fortress was shot in B&W and on Super 16mm. The film fest friendly output by Woodworth/Brosens has seen Khadak preem at the formerly known as Venice Days section, 2009’s Altiplano premiere at the Cannes Critics’ Week, The Fifth Season was a Venice Comp title in 2012, The King of the Belgians was in Venice’s Orizzonti section while The Barefoot Emperor was a TIFF selection.

Gist: Adapted from Dino Buzzati’s 1940 Italian novel The Tartar Steppe, this is about a young solder, hungry for battle, who embeds himself in an isolated fort where men wait in vain for an enemy to strike.

Release Date/Prediction: Seeing that the film was shot in Italy and Woodworth has been a frequent guest of the fest — a Venice Film Festival (plus a possible TIFF invite) will be in the cards.