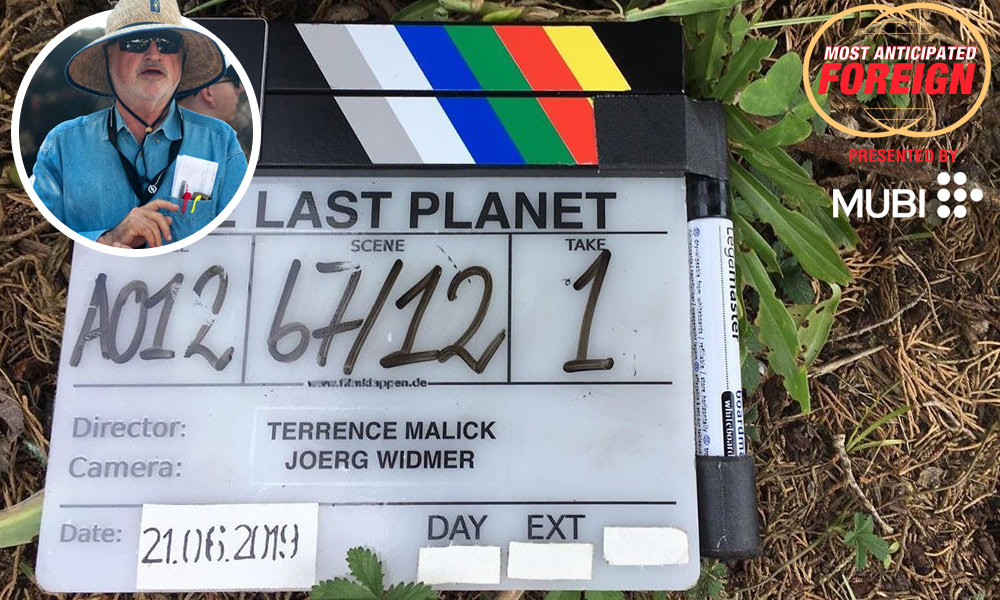 In all likelihood, we’re perhaps being wishful thinkers suggesting Terrence Malick will be unveiling his next project, The Last Planet only a year after the long-gestating A Hidden Life was finally unveiled in 2019 (but then again, 2012’s To the Wonder did follow consecutively after 2011’s The Tree of Life). Scant details have been revealed about financing, but Malick has reunited with Hidden Life DP Jorg Widmer and his cast consists of Geza Rohrig (Son of Saul, 2015), Matthias Schoenaerts, Mark Rylance, Aidan Turner, Joseph Fiennes, Ben Kingsley, Douglas Booth, Tawfeek Barhom, Martin McCann, Ori Pfeffer, Shadi Mar’i, Makram Khoury, Numan Acar, Emilio De Marchi, Bjorn Thors, Alfonso Postiglione and Lorenzo Gioielli.

The elusive Malick, thus far, has won both the Golden Bear (1998’s The Thin Red Line) and the Palme d’Or (2011’s The Tree of Life). He competed in Berlin again in 2015 with Knight of Cups and in Cannes he also competed in 1979 with Days of Heaven and 2019 with A Hidden Life. Venice has selected Malick for competition twice, in 2012 with To the Wonder and 2016 with Voyage of Time: Life’s Journey.

Release Date/Prediction: Malick was already several weeks into production in Anzio, Italy as of June 2019, but cast members were still being announced throughout autumn. Given that Malick tends to favor lengthy post-production periods, it’s doubtful we will see The Last Planet in 2020—but if for some reason it becomes a possibility, there’s the likelihood of a Venice 2020 premiere for his eleventh feature (of note – 2005’s A New World eschewed the festival route altogether for a straight theatrical release).