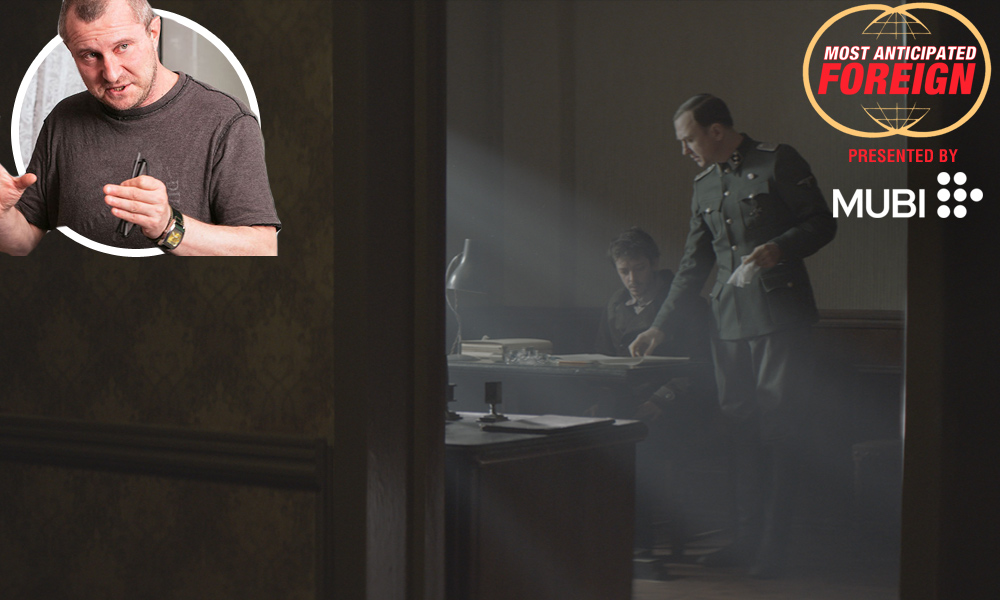 Director Vadim Perelman looks to have his most notable project in over a decade make the festival rounds in 2020 with Persian Lessons, a WWII drama starring Nahuel Perez Biscayart (BPM, 2017) and Lars Eidinger. The Russian-German co-pro is produced by Ilya Stewart, Murad Ossman, Pavel Buria, Timur Bekmambetov, Sol Bondy and Jamila Wensk. It may seem Perelman has been inactive for sometime considering the prestige of his early English language features, such as his Oscar nominated debut House of Sand and Fog (2003) and the Uma Thurman/Evan Rachel Wood melodrama The Life Before Her Eyes (2007). After several failed projects and a scandal, Perelman returned to Russia, where he directed two television series, an installment in the Yolki franchise with 2016’s Yolki 5 and the 2018 sex-worker drama Buy Me.

Gist: Set in 1942 Occupied France, Biscayart plays Gilles, who is arrested by the SS and placed in concentration camp. He avoid execution by stating he is not Jewish but Persian, which sparks the interest of the head of the camp (Eidinger), who employs Gilles for lessons in Farsi since his dream is to open in a restaurant in Iran after the war. Their relationship spark jealousy amongst other guards and the inmates, threatening to expose Gilles’ secret.

Release Date/Prediction: Perelman has been in post-production for nearly a year, so we expect Berlin 2020 could potentially premiere his latest.