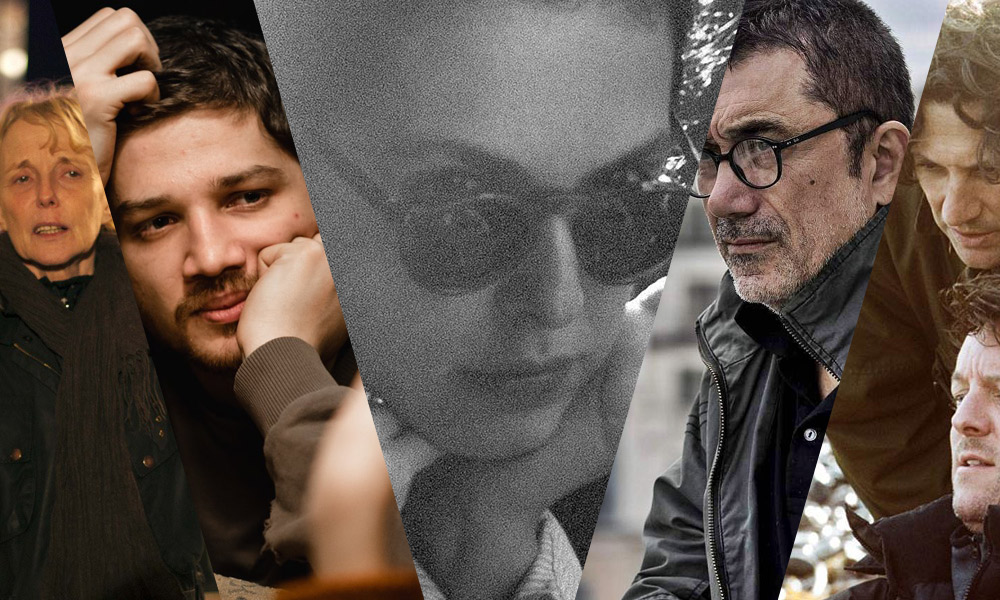 #10. The Red Sky – Christian Petzold
Basking in the success of his latest feature, Undine, which competed at the 2020 Berlin IFF and won Paula Beer Best Actress, Christian Petzold announced plans to continue a new thematic trilogy with The Red Sky, a project he stated would need to film after the pandemic ended (prior to Undine, Petzold’s Barbara, Phoenix and Transit made up the “Love in the Times of Oppressive Systems” trilogy). Whereas Undine focused on water, the next segment would be fire with a gay love story, which should reunite him a third time with Paula Beer.

#9. Hot Spot – Agnieszka Smoczynska
Polish director Agnieszka Smoczynska is busy getting her third film, the English language Silent Twins off the ground for a potential 2021 bow, but she’s already lined up her next project, a dystopian witchcraft tale called Hot Spot. Developed with support of the Sundance Institute and produced by Klaudia Smieja-Rostworowska and Christos V. Konstantakopoulos, the title is being repped by New Europe Film Sales. The buzzy package was co-written by Robert Bolesto (who co-wrote her 2017 breakout debut The Lure).

#8. Savagery – Miguel Gomes
It will have been six years since we’ve seen a new Miguel Gomes film as the Portuguese auteur was last on hand with his ambitious Arabian Nights trilogy in 2015. He’s been developing a new epic with Savagery, based on the 1902 publication Rebellion in the Backlands by Euclides da Cunha, which traces the 1897 war between the nascent Republic’s army and the native inhabitants of Canudos. Pre-purchased by Arte France Cinema back in 2018, the 2020 production was interrupted and postponed by the pandemic, which led to its inclusion in Locarno’s The Films After Tomorrow Program. Considering the significant prep work required for the period opus, we’re hoping Gomes will have wrapped for a premiere in 2022.

#7. Club Zero – Jessica Hausner
Austria’s Jessica Hausner turns to satire with her next project, Club Zero, based on the 13th century fable The Pied Piper of Hamlin but from the perspective of a female teacher’s revenge story. Produced by coop 99 filmproduktion and co-written by Geraldine Bajard, it will be Hausner’s follow-up to her well-received English language debut Little Joe, which competed at Cannes in 2019 and won Emily Beecham Best Actress at the fest.

#6. Music – Angela Schanelec
German director Angela Schanelec, who won Best Director at Berlin IFF for her exemplary I Was at Home…But in 2019, was initially scheduled to go into production on her next project tentatively titled Music in Greece in Autumn 2020. A reworking of the Oedipal myth, the title is being produced through Faktura Film and she returns to work her DP Ivan Markovic. While production hasn’t been announced, we anticipate a delay might push the film into a 2022 premiere.

#5. Untitled Dea Kulumbegashvili Project
Georgian director Dea Kulumbegashvili unveiled one of the best films of 2020 with her debut Beginning at TIFF 2020 and then went on to win Best Film, Director and Screenplay at the San Sebastian Film Festival. She’s set to return with her cinematographer, producers and some cast members on a new project which was being scripted in October 2020 exploring similar themes but even more in depth.

#4. Untitled Kantemir Balagov Project
One of Russia’s most noted contemporary auteurs, who wowed at Cannes with his 2017 debut Closeness and his 2019 follow-up Beanpole, is currently working on a new project the details of which have yet to be made clear. Thanks to the success of Beanpole, another collaboration with producer Alexander Rodnyansky seems imminent. After his last premiere in Cannes, Balagov mentioned he’d most likely set his next project in a contemporary setting due to the period constraints of his first two films and last week we learned that HBO’s might have lassoed the filmmaker for the pilot episode to The Last of Us.

#3. On Barren Weeds – Nuri Bilge Ceylan
Turkish auteur Nuri Bilge Ceylan should move into production in 2021 on his latest feature On Barren Weeds, set to star Deniz Celiloglu, Merve Dizdar and Musab Ekici, co-written by his wife and usual scribe Ebru Ceylan and Akin Aksu (who scripted his 2018 title The Wild Pear Tree). It will be Ceylan’s ninth feature, who notably won the Palme d’Or at Cannes in 2014 for Winter Sleep.

#2. The Stars at Noon – Claire Denis
Another high-profile project pushed back due to the pandemic is The Stars at Noon from Claire Denis, which will reunite her with her High Life (2018) headliner Robert Pattison, who will be joined by Margaret Qualley in an adaptation of the 1986 novel by Denis Johnson. Due to the delayed production, Denis has embarked on a new, smaller project reuniting her with Juliette Binoche and Vincent Lindon, Fire (in a move which mirrored her response to the delays on High Life and resulted in Let the Sunshine In back in 2017).

#1. The Zone of Interest – Jonathan Glazer
With production delays in Poland due to the pandemic, we set our sights to 2022 for we might finally see the fourth title from the exceptionally enigmatic UK auteur Jonathan Glazer, who since breaking out in 2000 with Sexy Beast has only made three films over the span of two decades. Following 2004’s Birth and 2013’s Under the Skin, Glazer revisits WWII Auschwitz in his latest as-yet-titled film, which focuses on the German bystanders whose complicity assisted in allowing the Holocaust to transpire. Based loosely on the 2014 Martin Amis novel The Zone of Interest, principal shooting for the film has been pushed back until 2021 while A24 is co-producing and will be distributing stateside.