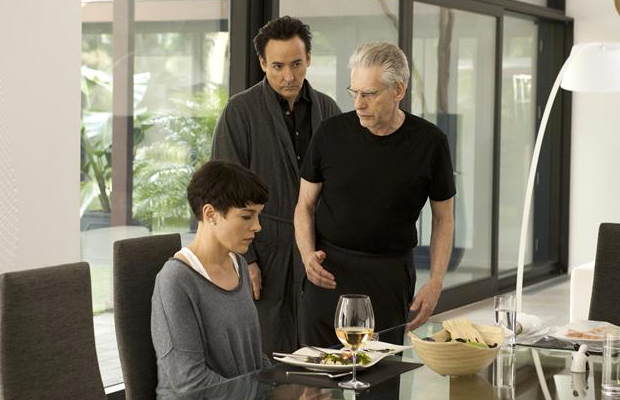 Maps to the Stars

David Cronenberg continues his glorious resurgence, apparently invigorated from his pairing with Robert Pattinson in Cosmopolis to get this project off the ground, written by Bruce Wagner. It’s also notable that this is the Canadian auteur’s first film on US soil, here to visit the dysfunction of Hollywood denizens, a terrain rife for the director’s bizarre explorations of the grotesque. While undergoing a minor cast hiccup when Rachel Weisz dropped out of the project in early 2013 (though with a delectable replacement like Julianne Moore, who can complain?), Maps continues Cronenberg’s most efficient phase of filmmaking, a project bolstered by an exciting cast and intriguing subject matter.

Gist: Following the lives of Weiss family, an archetypical Hollywood dynasty, Dr. Stafford Weiss is a psychotherapist, who has made a fortune with his self-help manuals; his wife Cristina manages the career of their thirteen-year-old son, Benjie, a child star, who recently came out of a drug rehabilitation program, which he entered at the age of nine; their daughter Agatha has recently been released from a sanatorium where she was admitted for the treatment of criminal pyromania. After her release from the sanatorium, she befriends a limo driver and aspiring actor, Jerome Fontana. Havana Segrand, one of Stafford’s clients and an actress, has a unique new assistant. She wants to shoot a remake of the 1960s movie, starring her mother Clarice which made her famous. Clarice has been dead for sometime now and visions of her ghost come to haunt Havana at night

Release Date: As with his last film, Cosmopolis, this should be a contender for the Main Competition at Cannes.