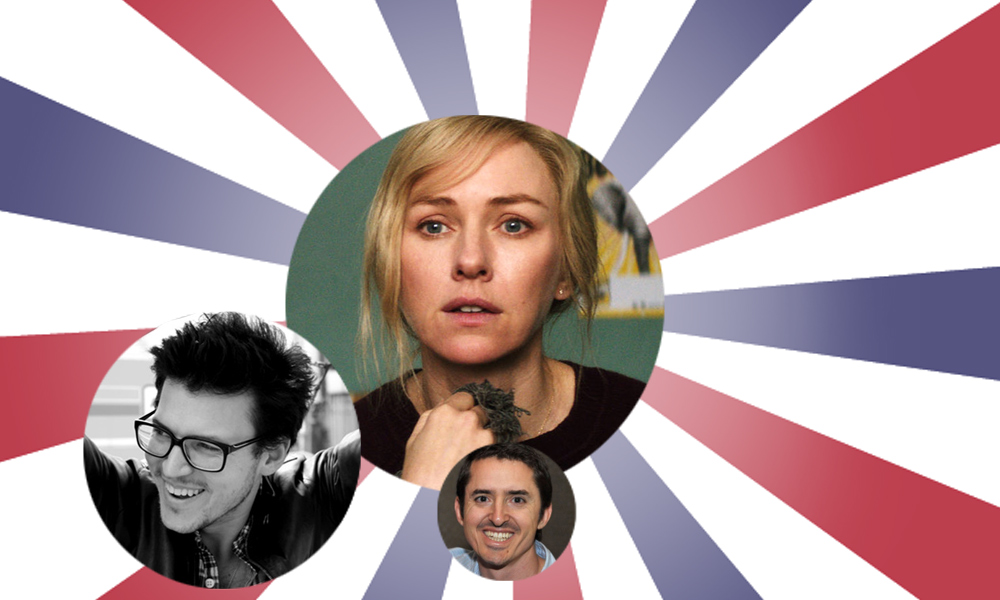 Alistair Banks Griffin is currently in pre-production and finally gearing up for his long-awaited sophomore feature with Naomi Watts confirmed as the lead in the not to be confused with the Haneke film, The Wolf Hour. Workshopped at Sundance’s 2016 January Screenwriters Lab, and then was part of the inaugural FilmTwo program, this psychological thriller would follow his debut film, the lush, poetic film with next to no dialogue in Cannes Film Fest Directors’ Fortnight preemed Two Gates of Sleep. THR reports that production will begin late autumn in New York with a sizeable producing team: Automatik’s Brian Kavanaugh-Jones (see pic) and Bailey Conway Anglewicz and Bradley Pilz Productions’ Bradley Pilz and The Big Picture Company’s Felipe Dieppa are producing. The Big Picture Company’s Garrett Fennelly and Taryn Nagle, Belladonna Productions’ Linda Moran and Automatik’s Fred Berger will exec produce. Gabrielle Nadig will co-executive produce.

Gist: Watts plays a former 60’s activist, a celebrated counter-culture figure who now lives alone in her Bronx apartment and who has barely left her six-story walk up in years, becomes unraveled when an unseen tormentor begins harassing her as the events of the 1977 New York blackout riots unfold outside her window.

Worth Noting: Two degrees of separation … Watts appeared in Haneke’s Funny Games US alongside Brady Corbet. Corbet had top billing in Griffin’s Two Gates of Sleep.

Do We Care?: A long wait for his follow up to his brilliant debut film Two Gates of Sleep, we’re chalking Alistair Banks Griffin’s newest as one of our most anticipated sophomore films for 2018.