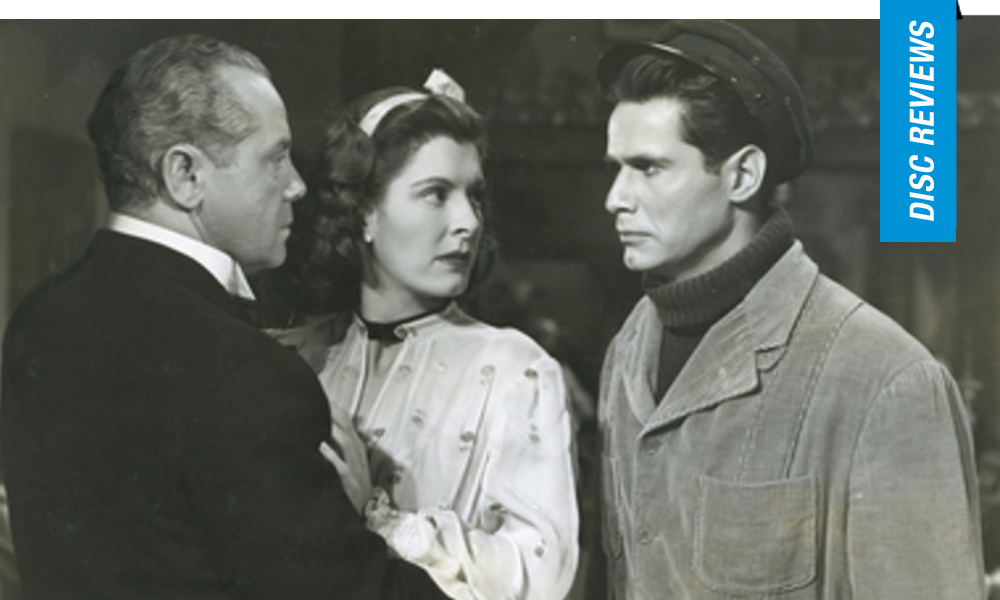 Love is Darkness in French-tinted Noir from Joseph H. Lewis’ So Dark the Night (1946) | Blu-ray Review

For his follow-up to the box-office success My Name is Julia Ross, Joseph H. Lewis turned to the French countryside for So Dark the Night, a title which has lapsed into obscurity (like many of Lewis’ title from the 1940s). More in the vein of a psychological thriller than a noir, the script from Martin Berkeley (of the Vincent Price thriller Shock) and Dwight Babcock plays with genre convention before toppling precariously into pulp. Although its narrative twist is unexpected and the film is beautifully photographed, both its breakneck speed (the running time is only seventy minutes) and faulty psychologizing makes this a rather antiquated if entertaining exercise.

Henri Cassin (Steven Geray) is a rather unassuming but brilliant Parisian detective who at last takes a much-needed vacation in the countryside. Immediately he finds himself smitten with Nanette (Micheline Cheirel), the young and pretty daughter of the innkeeper’s where he is lodging. Her mother (Ann Codee) encourage their romance due to the detective’s social standing while Nanette lusts at the opportunity, dreaming of leaving behind her provincial life for Paris. But her father (Pierre Bordin) thinks Cassin is too old for his daughter, and instead insists Nanette continue her engagement with Leon (Paul Marion), a poor farmer who has been betrothed to her since they were children. However, Nannette moves forward by announcing her engagement to Cassin, only to disappear thereafter, with Leon also nowhere to be found. The villagers assume the couple eloped, devastating Cassin. A week later, Nanette’s body is found in the river, and Cassin deduces she was strangled. Upon further inspection of Leon’s farm, it seems a suicide was staged and threatening notes begin to surface at the inn about more impending carnage. As Cassin investigates, he uncovers something disturbing.

The plot mechanism is a familiar one in French genre, wherein a famed detective is accosted by intrigue while on a much-heralded vacation or headed to the quiet of the countryside. As such, Geray is reminiscent of other swarthy French detectives, including Simenon’s famed Inspector Maigret as portrayed by Jean Gabin in the rural Maigret and the St. Fiacre Case (1958) and even Gerard Depardieu in Claude Chabrol’s final film, Inspector Bellamy (2009). So meek and mild-mannered is Geray and so familiar are the pieces which Lewis puts into play, the considerable twist of So Dark the Night truly feels unprecedented, if unfortunately, ridiculous. As Cassin, character actor Steven Geray is unexpectedly unassuming, which works well for the third act surprise (notably, the actor would also appear in the seminal noir Gilda and Lewis had just directed George Macready in the previous My Name is Julia Ross).

A somber film with significant ruminations on interpretations of psychological distress (mashing together elements of schizophrenia with personality disorders), the atmosphere of So Dark the Night is impressive, particularly for Oscar winning DP Burnett Guffey’s (From Here to Eternity; Bonnie & Clyde) cinematography, utilizing pronounced angles to reflect a disoriented mind falling apart in the French countryside.

Arrow Academy presents So Dark the Night as a new 2K restoration courtesy of Sony Pictures, a high-definition transfer in 1.37:1. Picture and sound quality are cleaned up in this new presentation, which includes an audio commentary track from critics Glenn Kenny and Farran Smith Nehme.