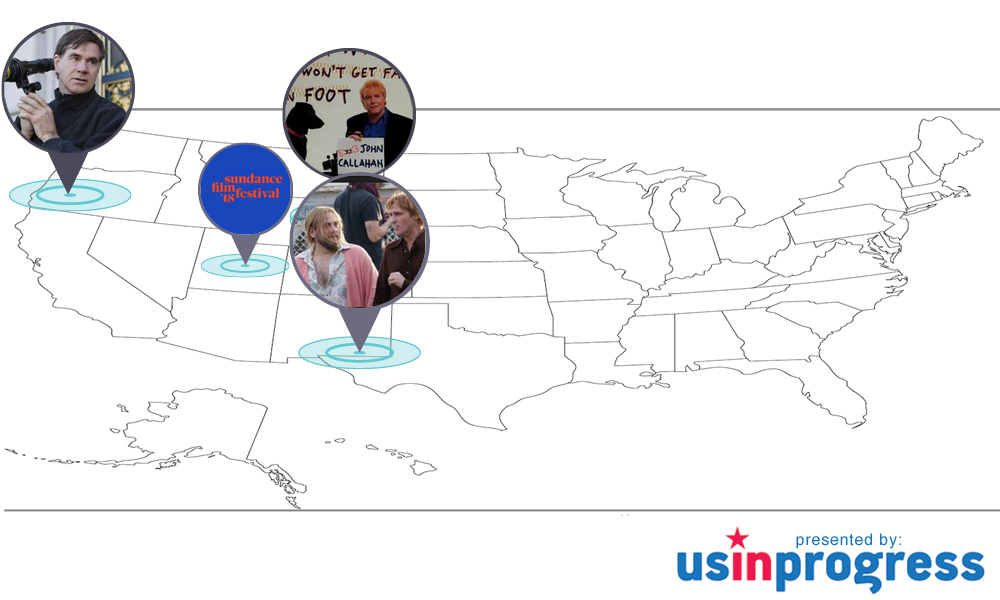 With the gigantic cluster fuck that is the sinking ship distributor The Weinstein Company, we seriously doubt that Garth Davis’ Mary Magdalene will receive its Easter timed March release. This means in the non-race to launch the first of the two projects featuring the screen team of Joaquin Phoenix and Rooney Mara, it’s the Amazon Studios backed Don’t Worry, He Won’t Get Far on Foot that’ll likely unspool ahead. With Sea of Trees (review) being unceremoniously panned by critics in Cannes, we’re guessing that the Portland, Oregon native might actually opt for Park City, which in 2016 proved that you can successfully launch a Best Actor Oscar award campaign a la Manchester by the Sea. Filming began in March on the autobiography, Gus Van Sant uniting with To Die For‘s Phoenix and working with a supporting cast comprised of Jonah Hill, Udo Kier, Mark Webber, Todd Haynes’ contributors in Carrie Brownstein and Kim Gordon from Sonic Youth fame. For Van Sant this is a special project. Good Will Hunting‘s Robin Williams wrote the introduction to Callahan’s memoir and it languished for two decades and during that time Callahan passed away. This will surely be king amongst his emotionally most rewarding dramas. Christopher Blauvelt (Certain Women) is the dp and Danny Elfman wrote the score.

Gist: Based on cartoonist John Callahan’s autobiography, this biographical film of cartoonist John Callahan (Joaquin Phoenix) who after becoming paralyzed in a car accident at age 21, Callahan took up cartooning by clutching a pen between both of his hands. His work was darkly comedic, and was eventually published in the likes of The New Yorker, Penthouse, and Playboy before his death in 2010.