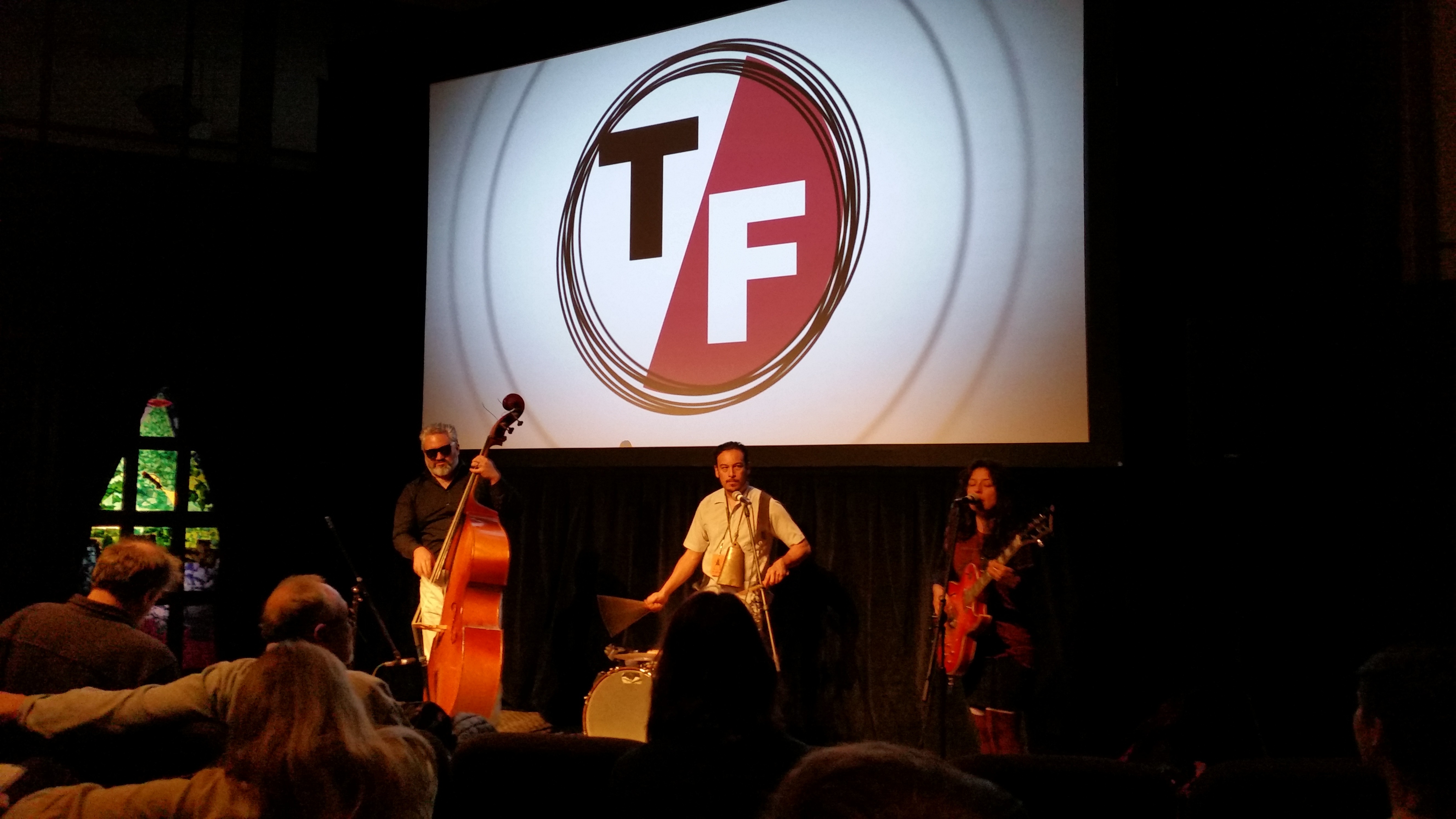 It must be said how nice it is to be free of the bone chilling cold which I’ve been enduring these last few months back in Buffalo. Stepping onto the tarmac in 30 degree weather after touching down in Columbia, MO last night was sadly a mild improvement, but today, with all the sunshine and contagiously good spirits that are pervading the small college town streets that play host to True/False Film Festival, my frozen heart has been gratefully thawed. And let’s not forget the films, bands and food that have been making my stay thus far quite a delight. 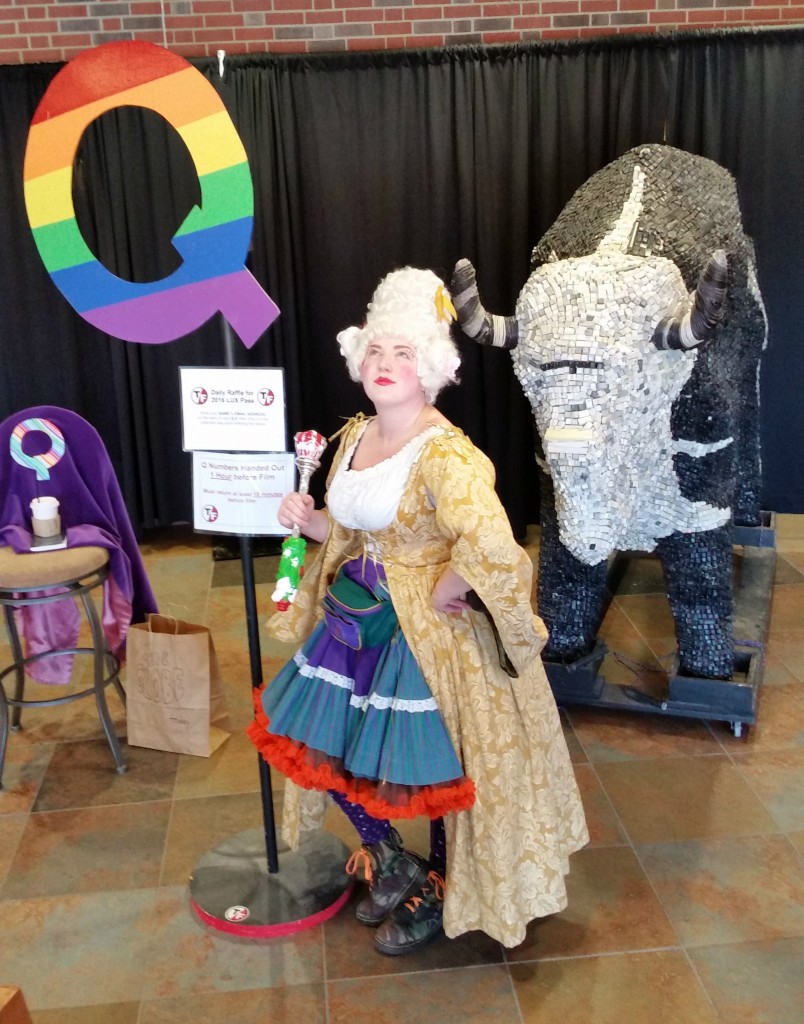 I was greeted bright and early by one of the many lovely Q queens that help keep the reasonable, yet respectable lines that file through alleys and indoor corridors in order, plus that keyboard key covered Buffalo sculpture stationed in the lobby of The Globe made me feel right at home. Anyone familiar with the faces of doc mainstays like filmmakers Robert Greene or Jesse Moss (neither of whom have films here this year, but are in attendance none-the-less) or programmers like Hot Docs’s Charlotte Cook or RIDM’s Charlotte Selb can feel that this festival thrives on the tight knit doc community that has made it a sort of celebratory homecoming of sorts for the non-fiction loving crowd.

My first screening of the fest was part of their Academy of Motion Picture Arts and Sciences sponsored Neither/Nor series, which was curated this year by film critic Ela Bittencourt and focused on “chimeric Polish cinema of the 70s, 80s and 90s”. I caught a trio of shorts under the banner title of the third in the group of Hear My Cry. The program included Wanda Gościmska. … A Weaver and Carpenter, a pair of works of rigorous staging by Wojciech Wiszniewski from 1975 and 1976 respectively, as well as the aforementioned Hear My Cry by Maciej Drygas, each film audaciously grappling with labor under Poland’s post war communism via radically stylized ways of revisiting the past. 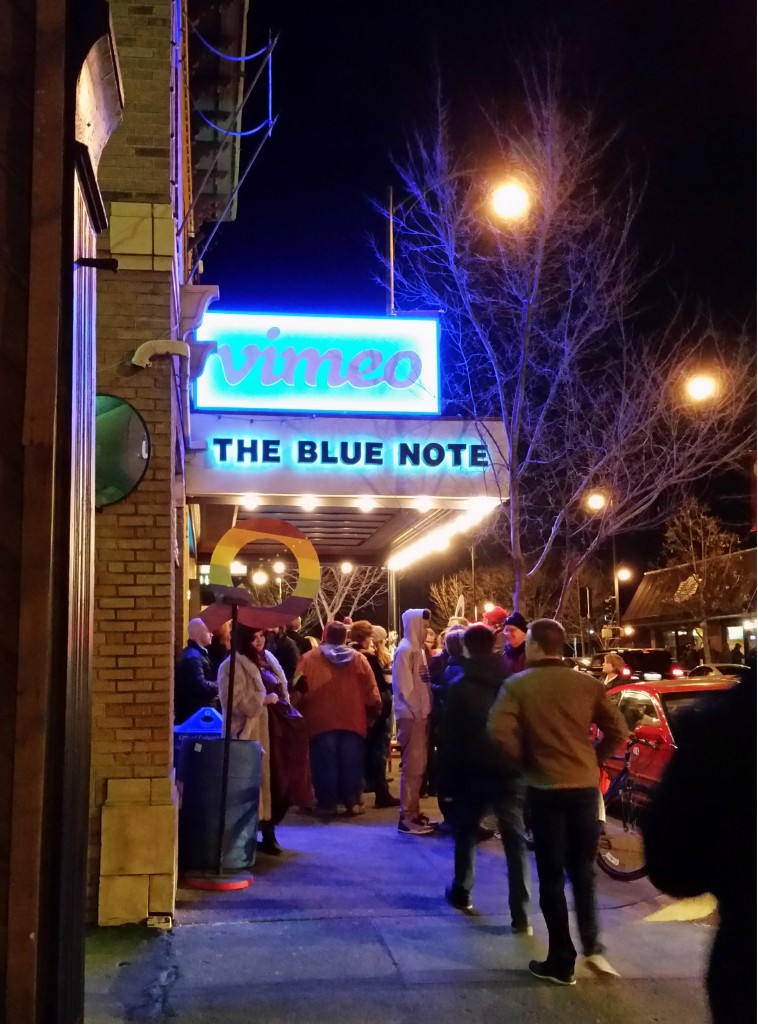 I was also privy to seeing  Hanna Polak’s IDFA preemed Something Better To Come. Now 11 minutes shorter than its original debut, the film inevitably recalls Edet Belzberg‘s heartbreaking portrait of homeless Romanian children in Children Underground, but delves into subtly differing territory by capturing the lives of homeless families living in the vast dumps that lie just outside of Moscow. Revisiting Yula, the 10 year old girl she we meet in the first few frames, over the course of 14 years, Polak’s film captures all the horrors of homelessness and the hopeful beauty of youth, while wordlessly calling attention to humanity’s despicable negligence for its waste and the unfortunates that are forced to live in it.

In between and after the previously mentioned films I hit up three of the much talked about, but never publicly exposed secret screenings. Just like Fight Club, the first and second rules are explicitly, you do not talk about secret screenings. To get around the testy legal waters of screening these films which are geared towards big name festival premieres in the coming months, these hush-hush screenings allow for us lucky viewers a rare sneak peek. If word of one of these films were to leak on through the annals of the interwebs, the much loved True/False secret screening tradition built upon a solid foundation of trust and sent out into the world sworn to secrecy would swiftly be over. So, all I will say is that they were exquisite.

My True/False adventure continues tomorrow, so after 4 full lengths and 3 shorts, it’s time for some much needed sleep.