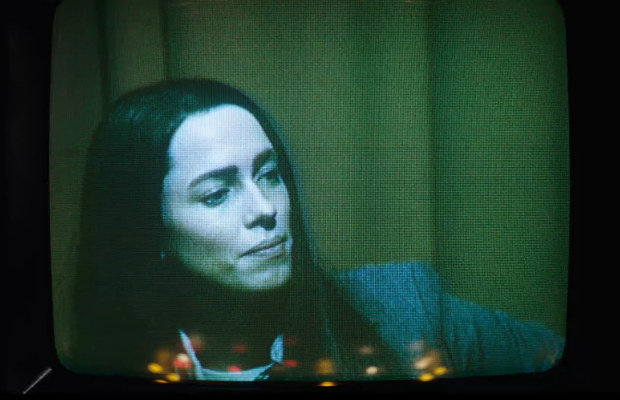 In last year’s selection of sixteen U.S. Dramatic Competition offerings, it was Alfonso Gomez-Rejon’s Me & Earl & the Dying Girl that landed both U.S. Grand Jury Prize: Dramatic and Audience Award: U.S. Dramatic awards, it was Rick Famuyiwa’s Dope who landed the richest deal ($7 million range), it was Patrick Brice’s The Overnight that had the most post festival momentum, it was Marielle Heller’s The Diary of a Teenage Girl that received a longer term accolades (Bel Powley won Best Actress at the Gothams) and it might be Robert Eggers’ The Witch that becomes the cult item we reference back in a decade from now. This year we accurately predicted ten of the sixteen items below. Among the more familiar folk, we have established names such as Antonio Campos (Christine – see pic of Rebecca Hall above) and So Yong Kim (Lovesong). We have second Meera Menon (Equity) and third films Chad Hartigan (Morris from America) and a generous helping of new filmmakers such as Andrew Ahn (Spa Night), Jason Lew (The Free World), Elizabeth Wood (White Girl) and The Daniels (Swiss Army Man). Here are the sixteen of ’16.

“As You Are” / U.S.A. (Director: Miles Joris-Peyrafitte, Screenwriters: Miles Joris-Peyrafitte, Madison Harrison) — As You Are is the telling and retelling of a relationship between three teenagers as it traces the course of their friendship through a construction of disparate memories prompted by a police investigation. Cast: Owen Campbell, Charlie Heaton, Amandla Stenberg, John Scurti, Scott Cohen, Mary Stuart Masterson. World Premiere

“The Free World” / U.S.A. (Director and screenwriter: Jason Lew) — Following his release from a brutal stretch in prison for crimes he didn’t commit, Mo is struggling to adapt to life on the outside. When his world collides with Doris, a mysterious woman with a violent past, he decides to risk his newfound freedom to keep her in his life. Cast: Boyd Holbrook, Elisabeth Moss, Octavia Spencer, Sung Kang, Waleed Zuaiter. World Premiere

“Other People” / U.S.A. (Director and screenwriter: Chris Kelly) — A struggling comedy writer, fresh from breaking up with his boyfriend, moves to Sacramento to help his sick mother. Living with his conservative father and younger sisters, David feels like a stranger in his childhood home. As his mother worsens, he tries to convince everyone (including himself) he’s “doing okay.” Cast: Jesse Plemons, Molly Shannon, Bradley Whitford, Maude Apatow, Zach Woods, June Squibb. World Premiere. DAY ONE FILM

“Southside With You” / U.S.A. (Director and screenwriter: Richard Tanne) — Southside With You is a chronicle of the summer afternoon in 1989 when the future president of the United States of America, Barack Obama, wooed his future First Lady on an epic first date across Chicago’s South Side. Cast: Tika Sumpter, Parker Sawyers, Vanessa Bell Calloway. World Premiere

“Swiss Army Man” / U.S.A. (Directors and screenwriters: Daniel Scheinert, Daniel Kwan) — Hank, a hopeless man stranded in the wild, discovers a mysterious dead body. Together the two embark on an epic journey to get home. As Hank realizes the body is the key to his survival, this once-suicidal man is forced to convince a dead body that life is worth living. Cast: Paul Dano, Daniel Radcliffe, Mary Elizabeth Winstead. World Premiere

“Tallulah” / U.S.A. (Director and screenwriter: Sian Heder) — A rootless young woman takes a toddler from a wealthy, negligent mother and passes the baby off as her own in an effort to protect her. This decision connects and transforms the lives of three very different women. Cast: Ellen Page, Allison Janney, Tammy Blanchard, Evan Jonigkeit, Uzo Aduba. World Premiere (see pic above)