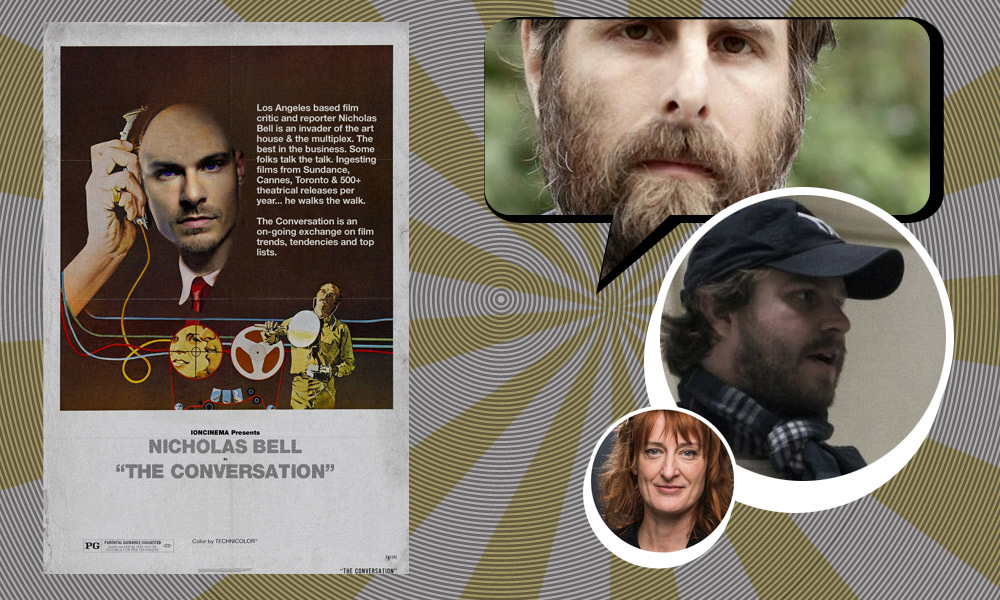 The Conversation: Looking Towards the Lido

With less than ten hours separating us from the Venice Film Festival selections, the 2018 edition is one of the most anticipated competitions for the Golden Lion in recent memory. Thanks to the absence of many a formidable auteur on the Croisette last May, Venice looks to benefit by absorbing many French auteurs with projects poised to premiere. Aided by the timeliness of the awards season berth, Venice competitors are also more likely to gain necessary buzz to sustain themselves through the ebb and flow of Oscar season stateside, which also accounts for some titles who bowed out of Cannes. And then, of course, those auteurs who were caught in the tug-of-war between Cannes and Netflix should also be popping up here. In turn, this promises a lucrative turn out for TIFF’s Platform, which should be announced shortly after Venice unveils their lineup.

What we already know going into the selections by way of the TIFF announcements this morning is that Barry Jenkins’ If Beale Street Could Talk, Mia Hansen-Løve’s Maya, Claire Denis’ High Life, Steve McQueen’s Widows and Felix van Groeningen’s Beautiful Boy will have their world premieres in Toronto and not, Venice. Joining Damien Chazelle’s First Man, we find Alfonso Cuarón’s Roma and Olivier Assayas’ Non-Fiction (that pair will be hitting Telluride, Venice and Toronto), while Jacques Audiard’s highly anticipated The Sisters Brothers, Laszlo Nemes’ Sunset, Zhang Yimou’s Shadow and a bevy of U.S. selections commencing with Bradley Cooper’s A Star is Born are Golden Lion comp slots.

With Venice Days confirming the presence of Claire Burger’s Simply Love, Joachim Lafosse’s Continuer and Elsa Amiel’s Pearl, of the French language heavy hitters … Abdellatif Kechiche with Mektoub, My Love – Canto Due (the first installment Canto Uno competed here in the 2017 edition) and the increasingly prolific Francois Ozon, whose Alexandre has been rumored to be all set, are both rumored possibilities. Other French projects waiting in the eaves are Pierre Schoeller’s One Nation One King, Catherine Corsini’s An Impossible Love, David Oelhoffen’s Territories, Emmanuel Mouret’s Mademoiselle de Jonquieres, and Jonathan Vinel and Caroline Poggi’s Jessica Forever. Eva Ionesco’s Golden Youth might also appear somewhere in the program, although competition seems unlikely. Julie Bertucelli’s Claire Darling, and Pablo Trapero’s La Quietud are also all French language titles yet to premiere (although the Trapero title may open in Argentina prior to a possible Venice showing).

Other Venice regulars seem probable bets, such as Andrey Konchalvosky, who has The Sin (aka Il Peccato) and Golden Lion winner Neil Jordan who has the Isabelle Huppert headliner The Widow in post. Likewise, Luca Guadagnino’s highly anticipated reboot of Suspiria would seem a shoe-in, as well as Terrence Malick’s Radegund. And then Yorgos Lanthimos’ The Favorite seems to have been held for a Venice showing after being confirmed as the NYFF opener. Other absentee directors from Cannes were Mike Leigh with Peterloo, Carlos Reygadas with Where Life is Born. From Poland, Krzystof Zanussi’s Ether could be a possibility. The same could be said for Levan Koguashvili’s Brighton 4 and Lou Jeunet’s Curiosa.

Australia’s Jennifer Kent might be on hand with her sophomore film The Nightingale, and Sebastian Schipper’s might represent Germany with Roads. Besides Leigh, some other Brits we hope get a crack at the Lion are Joanna Hogg with The Souvenir: Part I and Peter Strickland with In Fabric. There’s also Peter Greenaway, whose Walking to Paris has yet to be unleashed. After making waves in Venice in 2015 with Neon Bull, Brazil’s Gabriel Mascaro Divino Amor is also considered a prime candidate. And then, of course, Xavier Dolan’s long-awaited English language debut The Death and Life of John F. Donovan, who was last in Venice back in 2013 with Tom at the Farm.

With almost a dozen titles in all, it should be another strong showing for the Americans commencing with with Annapurna Pictures looking to premiere Karyn Kusama’s Destroyer while Neon will be pushing Harmony Korine’s The Beach Bum. Multi-winner at Venice for The Childhood of a Leader, Brady Corbet could be returning with Vox Lux and tempting to find a buyer and the same could be said for Rick Alverson’s The Mountain. Another shoe-in appears to be Julian Schnabel’s At Eternity’s Gate, while Noah Baumbach’s untitled project, Sebastián Lelio’s own remake of Gloria, Jeremy Saulnier’s Hold the Dark, Matthew Heineman’s A Private War are dark horse picks at this stage. Look for Orson Welles’ The Other Side of the Wind to obtain a berth here and the same could be said for Michael Moore’s Fahrenheit 11/9.