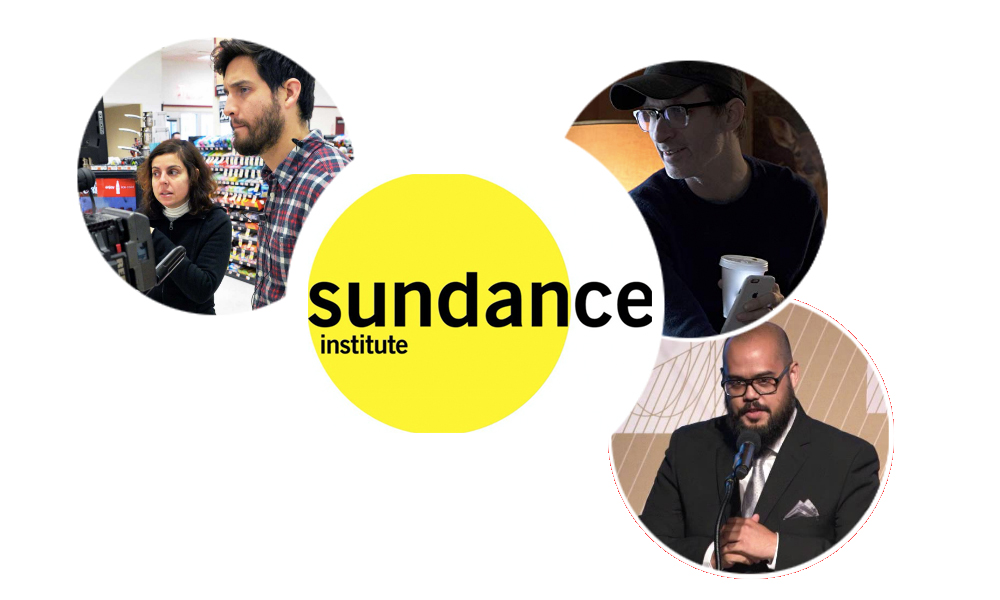 With four out of the six filmmakers attending last year’s Sundance Institute and Skywalker Sound Announce Composers and Directors Film Music and Sound Design Lab also showcasing at the festival, there are better than average chances that the more than half of the eight projects selected below will break in the line-up come November. The 2018 edition sees the docu and fiction film kids bunched up together and we even find some of our Sundance trading card alumni folks in Daniel Garcia and Rani Attieh. Here are the artists and projects selected for the 2018 Sundance Institute Music and Sound Design Lab (July 10-23):

Jackie Olive / Always in Season (U.S.A.): As the trauma of more than a century of lynching African Americans bleeds into the present, Always in Season follows both the relatives of the perpetrators and the victims who are seeking justice and reconciliation in the midst of heated national debates surrounding the value of black lives.

Tom Quinn / Colewell (U.S.A.): For thirty-five years, Nora Pancowski has run the Colewell community post office from her home. When she receives word that her office will be closed, Nora must decide whether to relocate and take a new job or face retirement in Colewell.

Rania Attieh & Daniel Garcia / Initials S.G. (U.S.A.): An aging Argentine and Serge Gainsbourg wannabe struggles with an acting career he can’t seem to get on track, an affair he doesn’t want and a dead man he didn’t mean to kill.

Maya Newell / Kids (Australia): Like many Indigenous kids before him, 10-yr-old Dujuan is fighting an enemy he cannot see, which makes him strike out at everything. When he cannot run, nor fight alone, he realises that not only has he inherited the trauma and dispossession of his land, but also the resilience and resistance of many generations of his people which holds the key to his future.

Michael Tyburski / Palimpsest (U.S.A.): A house tuner in New York City calibrates the sounds in people’s apartments in order to adjust their moods. After years of collecting data, he believes he’s discovered naturally occurring harmonies that are influencing the way people behave.

Daniel Hymanson / Queen of the Battling Butterfly Brigade (U.S.A.): A film about aging, ecstasy and finding the infinite in the infinitesimal. Jackie and Don are outspoken, idiosyncratic artists who have been married for 50 chaotic years. Their fights are high drama; their connections to each other are profound. Faced with the challenges of aging, they feel their house, the center of their life and the locus of decades of Jackie’s art, slipping out of their control even as it remains a symbol of what they want to hold onto most – maintaining their fierce creativity.

Zeshawn Ali / Two Gods (U.S.A.): A Muslim mortician takes two teenage boys under his wing and teaches them how to build caskets, wash bodies and how to live. All of them are running from their pasts and struggle with coming of age in a place like Newark, NJ. Soon, they realize they need to rely on each other if they’re ever going to beat the streets and live up to the potential they’ve been fighting for.

Christy Carew is a Canadian-American composer for film, TV, advertising, multimedia and the concert world. Highlights include The Lackey and the powerful short form documentary about infertility, The Empty Womb. As a concert music composer, she was a semi-finalist in 2013 for the Sorel Medallion Choral Composition Contest and has had her work premiered by the Reno Pops Orchestra.

Amit May Cohen, originally from Israel, is the composer of the recent award-winning documentary, Wrestling Za’atari, and Black Down. Since graduating from Berklee College of Music she has assisted several prominent film composers including George S. Clinton and Roger Neill. She formed the company, Sweet Potato Audio, which specializes in creating original music for everything from media to theme parks.

Anna Drubich is a Los Angeles based composer, originally from Russia, whose diverse body of work can be heard on television, at the cinema and in the theatre. Drubich’s first film music project, O Liubvi, went on to receive the Best Music Award at the Russian National Film Festival Kinotavr. Her work as a composer has led her to being several times nominated and shortlisted for the Russian Film Academy Award NIKA and Golden Eagle Award. Films she has scored have won awards at the London Film Festival, Annie Awards, Kinotavr Film Festival, NIKA Awards, USC Film Festival, Moscow International Film Festival and Dvijenie Film Festival.

Bill Laurance, soon to release his fifth solo album, is an original member of three-time Grammy-winning band Snarky Puppy and composer of Un Traductor, which premiered at the 2018 Sundance Film Festival.

Carla Patullo is a composer, songwriter and sound designer who has composed scores for many films including Letter to Anita, Choke, Pizza Face, Lotte that Silhouette Girl and Jean Cordova. Patullo has worked on film and TV productions that have won awards such as an Independent Spirit Award, Daytime Emmy Award, a GLAAD Media Award and a BAFTA. Along with scoring and films, Patullo has written numerous songs and has had over 100 song placements on Emmy-award winning shows like The Ellen DeGeneres Show, The Young & the Restless and Skins.

Carlos Simon recently won the prestigious Marvin Hamlisch Film Scoring Award in 2015, the Presser Award from the Theodore Presser Foundation in 2015 and the Underwood Emerging Composer Commission from the American Composers Orchestra in 2016. During its 2015–2016 season, the Detroit Chamber String and Winds also named Simon as its young composer-in-residence. He now serves as a member of the music faculty at Spelman College in Atlanta, Georgia.

Dara Taylor is an HMMA-nominated composer for film and television. Taylor composed a wide variety of independent films, working with Grammy-winning composer Chris Lennertz. She has provided additional music for A Bad Mom’s Christmas, Sausage Party, Baywatch and Netflix’s Lost in Space.

Rasmus Zwicki, originally from Denmark, is completing his composition studies at the Guildhall School in London. He was the winner of the 2018 Oticons Faculty International Film Music Competition. His work explores various combinations of music, drama, movement and video as he explores transdisciplinary approaches to composition and collaboration. Zwicki’s work has been performed by Exaudi Vocal Ensemble and other ensembles in Denmark and the UK.