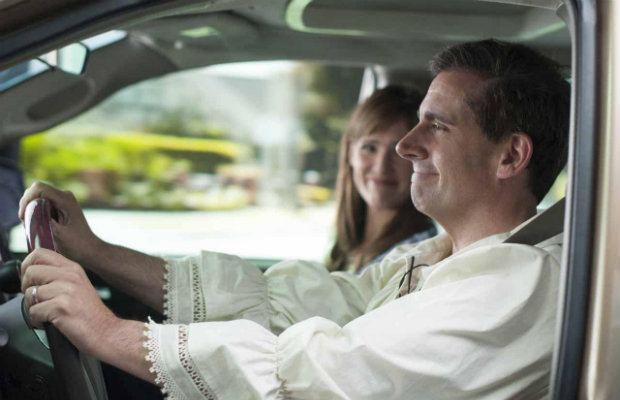 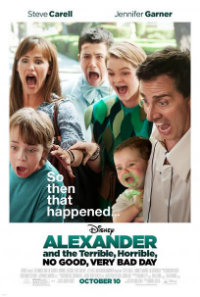 Perhaps the most curious aspect of the live action Disney version of Judith Viorst’s 1972 children’s story (the first in a series), Alexander and the Terrible, Horrible, No Good, Very Bad Day is that it’s helmed by Miguel Arteta, a director known for rather frankly adult material such as Chuck & Buck (2000), The Good Girl (2002), and Cedar Rapids (2011). What initially attracted him to the project, which was originally set to be helmed by Lisa Cholodenko, feels wholly absent from this end product, an extremely watered down version of the complicated human relationships generally on display in Arteta’s films. While one can’t really complain that this is a terrible, horrible, no good, very bad film, per se, one shouldn’t be surprised that it’s calibrated specifically for a particular audience, the privileged white familial nuclear unit, cutesily attempting to play with gender norms with a stay-at-home dad (though the repeated understanding of this ‘temporary’ set-up is ever present). To those outside of its heteronormative clutches, the film plays rather like an excellent case study for theories related to population control and the weird social experiment that families tend to resemble.

We meet the incredibly disheveled Cooper family returning home in a banged up minivan looking as if they’d all had a very rough day. Alexander (Ed Oxenbould) narrates for us, and we go back in time to the day prior, where he wakes up in a tizzy, discovering that a more popular classmate is having a grand birthday party on the same day as his own. This means no one will be attending his. Worse, he has gum in his hair and at school, when tasked with having to write a report on a country, he’s forced to do an assignment on Djibouti rather than his personal preference, Australia, a continent with which the young lad is obsessed. Then, he accidentally sets the science lab on fire when trying to make cute talk to a girl he likes. Later that night at home, working mom Kelly (Jennifer Garner) and currently stay-at-home dad Ben (Steve Carell) talk about the wonderful day they had, with a baby brother stealing all the extra attention, and older siblings Anthony (Dylan Minnette) and Emily (Kerris Dorsey) hung up on their own big days tomorrow, which include a driver’s test, prom, and the premiere of his sister’s 8th grade Peter Pan play. Late that night poor Alexander, whose birthday is the very next day, wishes that his family will learn what it feels like to have a terrible day where nothing goes their way at all.

Though a loving family through and through, the Coopers serve as an excellent example as why having four children is glaringly unnecessary even for people with wealth and privilege. “We just bit off more than we could chew today,” explains Garner’s professional mother, the breadwinner attempting to placate the eponymous child by explaining that their bad day is not his fault. She’s right—but more so in reference to their entire family unit as a whole. Garner is as stagnantly one note here as she is in every other film performance, utilizing that pronounced way of speaking , those moderated enunciations that always seem rehearsed and inorganic. The depiction of her profession is a joke, a hellish place where a boss played by Megan Mullally seems determined to stomp out all of her underling’s feminine demarcations just because she can.

Carell fares a bit better, and as Alexander, Ed Oxenbould is disarming and charming, but all is drowned out by the film’s overwhelming triteness (such as a scene outside a restaurant that just so happens to have a large number of empty, very clean garbage cans for the family to kick around as they utter the film’s title).

A calamitous symphony of extravagant clusterfucks for the entire clan, certain strands are actually amusing (including a cameo from Jennifer Coolidge as a driving instructor), and some horribly, awfully dumb, such as the daughter’s overdose on cough syrup which seems to render her completely insane, a misguided exaggeration a drug’s effects not unlike the propaganda film Reefer Madness and its warning against marijuana.

While one cannot argue that this a film intended for ‘family’ entertainment, this children’s story has been morphed into one of those films meant to please everyone in the family, which means it feels watered down for all parties because, parents and their children do not (or should not) share the same level of intellect or taste. Ron Lieber’s script feels confidently rendered to find the broadest, most mediocre and shamelessly milquetoast audience.

In the end, there’s not much that can said other than that it’s just a basic moral tale—don’t wish misery on the lives of others (especially your loved ones) just because you’re unhappy with your own life. But if parents watching it don’t administer the golden rule, their progeny is sure to miss out on the obvious as well.