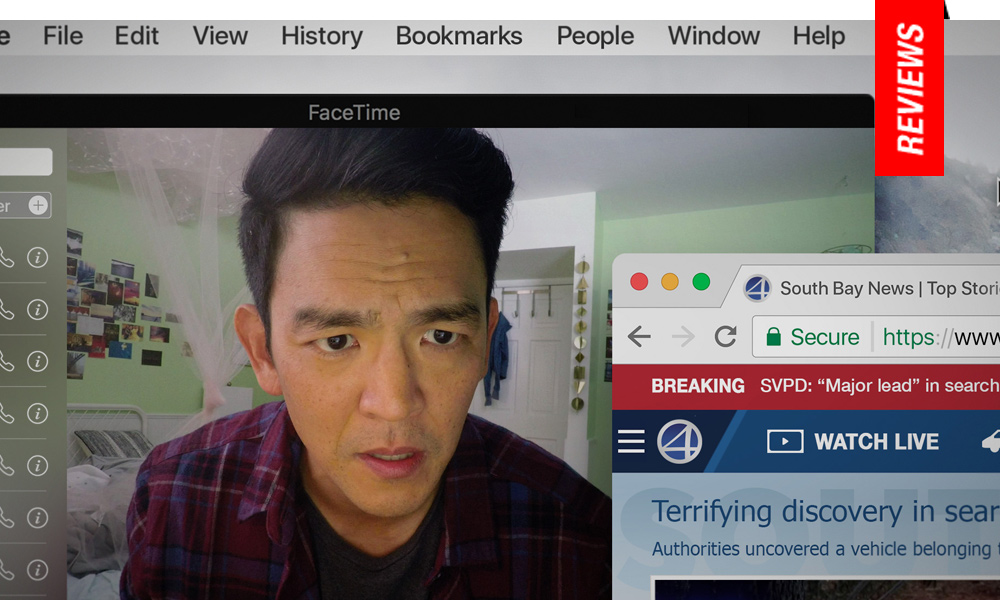 The Search is Over: Chaganty Transcends ‘found-footage’ and then some with Debut 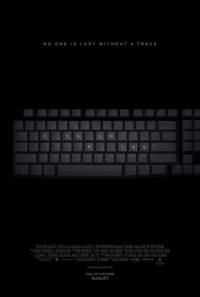 Aneesh Chaganty’s absorbing feature debut Searching follows a desperate father’s hunt for his missing daughter—set entirely on computer screens. What might have been easily brushed off in past years as a conceptual gimmick is now a realistic through-line: spending hours glued to a computer screen is closer to our daily reality than most of us like to admit. Chaganty and co-writer/producer Sev Ohanian take a familiar medium into new territory, using technical flair to add emotional layers to a smart and stirring story.

This promising debut tells the story of David Kim (John Cho)—first in a five-minute flashback that covers ten years of his life, then stuck in a chair, desperately searching for his missing daughter Margot (Michelle La) in a cornucopia of fast-moving clicks. Also on the case are a temperate Detective (Debra Messing) and David’s witless brother Peter (Joseph Lee). Margot’s presumed kidnapping serves up an increasingly tangled web of info, replete with satisfying twists and laughs. One highlight includes David breaking into his daughter’s laptop (normally the #1 parenting faux pas). Later, Margot’s archived video journals play like flashbacks full of clues and character development. Searching is smart enough to keep you guessing, and straightforward enough to be accessible.

Stylistically reminiscent of the Patrick Cederberg’s short Noah—told via computer screen but nowhere near as gripping—Searching’s greatest challenge was to translate the language of point-and-click onto the big screen. In this sense, the film is a technical tour-de-force. In order to get a high-res image, Chaganty’s team (this includes editors Nicholas D. Johnson and Will Merrick) painstakingly animated the onscreen-onscreen action almost entirely from scratch. Even more impressive is how Chaganty managed to ground his high-concept voyeurism in a story we care about. For just over one hundred intense minutes, he uses tech to immerse us in his character’s lives: a father’s fumbled social media log-ins; texts messages nearly-sent; Facebook ‘friends’ who aren’t really friends; folders of neglected videos and photos; a fight captured on YouTube, peppered with mean-spirited comments.

The film has enough Easter Eggs to warrant repeat viewing: non-stop clues and multiple plot points are hidden in screen corners, file folders and email subject lines—if you blink, you may miss an entire subplot. At times, it feels like anthropological research, from the daughter’s believably cluttered computer desktop to a forgotten folder of family videos. In sum, this film is both compelling and cautionary—a warning that our tech dependence disconnects more than it connects. And yet, despite all the tech—and without any of the strategic camera moves that usually give actors an edge—John Cho guides us through a remarkable range of intense emotions. It’s a voyeuristic performance: more often than not, he’s a little face in the corner of the screen, but his facial reactions, including rage and sorrow, are both subtle and completely convincing. Also worthy of note is Sara Sohn, whose full-hearted performance as Pam, family matriarch, makes sure that her absence is felt throughout much of this story.

It’s hard to find fault with Searching. No other film to date has taken this approach so effectively—and if the film falters, it’s only in relation to itself. The opening montage is such an expedient delivery of deeply personal, plot-launching emotions, it’s hard for the rest of the film to top it. Even though Searching hurtles forward with plenty of well-positioned twists and escalating drama, nothing equals the intimate father-daughter rapport of its initial scenes. Later acts could be described as more ‘mainstream,’ but this is less an indicator of misstep and more proof of the co-writers’ skill. Chaganty and Ohanian hit all the right beats.

Yes, the film dives for a high-stakes, crowd-pleasing ending—but even when it relies on clichés, it stays unpredictable. If anything, it’s the gimmick that suffers: what starts as an intimate computer-screen drama escalates into news clips, YouTube videos and grabbed Go-Pro footage. Like material seen in your average found-footage movie, these segments lack the depth of emotion gleaned from David and Margot’s personal computers. If anything, it makes you wonder: what other stories lie buried in our electronic memories? Chaganty has opened a door that will be hard to shut, but Searching is precisely the taut, original thriller that it wants to be.

Reviewed on January 21st at the 2018 Sundance Film Festival –  NEXT section. 101 Minutes

Note: The original title when reviewed was Search. Changes were made to this review to reflect the change in titles.