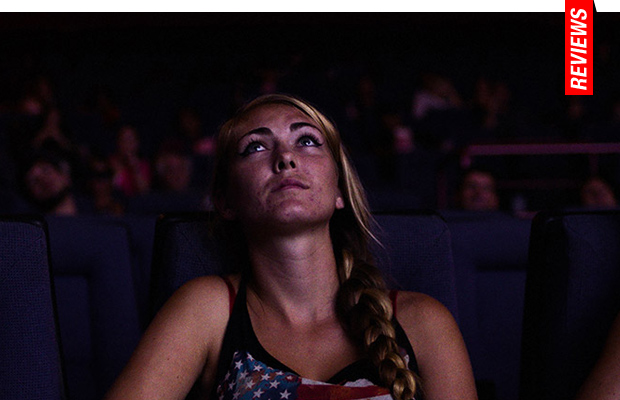 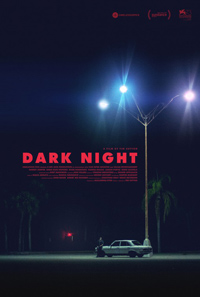 The sentiment behind Paul Haggis’ 2005 Best Picture Winner Crash, in which various disparate denizens of Los Angeles manage to find meaning amongst the ruins following violent, aggressive interactions, is similar to what is more successfully achieved in Tim Sutton’s third feature, docudrama Dark Night. An elliptical exploration of six Floridian lives united irrevocably by a gunman opening fire at a movie theater in a reimaging of the events which led up to the infamous shooting in 2012 Aurora, CO. during a screening of Christopher Nolan’s The Dark Knight Rises, is as austere as Haggis’ film is unabashedly hackneyed. An observational portrait emerges of dreams distilled, pickled in self-consumption and sterilized by listless hours of boredom marked by a mounting inability to communicate with other life forms sans the use of a screen interface.

Opening upon emergency vehicles approaching a shopping center, we backtrack to several days earlier, dispersed moments of several individuals who would eventually end up at a movie theater one fateful night. Dialogue is scarce, its characters finding themselves increasingly attracted to activities which allow them to withdraw into their own orbits and fantasies, allowing for a young boy to fantasize about doing harm to a neighborhood crush. Another young woman appears to deal with body image issues, while other girls engage in banal activities as they work in a box store at the mall. Although drastic measures are never depicted on-screen, the expectation and acceptance of its ability to transpire at any moment feeds into the inevitability of communities primed to understand and continually perpetuate gun violence.

If Sutton’s ambivalent posturing of his characters, several of whom we might even peg to be the shooter before evidence points heavily towards one person in particular, is subtle enough to mount an uncomfortable sense of anxiety and dread, a moody yet obstinate soundtrack featuring Maica Armata creates the opposite effect, defining the tonal attitudes a bit too succinctly. In-between these moments, Dark Night is solemn, even haunting given its significant off-screen foreshadowing (news footage from the real life trial of Aurora shooter James Holmes flashes across a television screen early on), like the brooding calm before the storm. As such, these characters feel like we’re watching the backstory of ghosts, an honorary exploration of empty, sometimes meaningless moments.

DP Helen Louvart’s frames are commanding, even intense, roving over these insulated lives, showcasing human floating about in a larger universe they have no control over. The characters, portrayed by non-professionals, are often not even the center of the frame, a mutating background element scheduled for expiration. Some of these moments are more memorably chilling than others, like a young man abandoning one of his dogs, or an Iraq vet who finds solace in cleaning his guns. Others are clichés of suburban malaise, young kids getting high, or passing time with obsessive superficialities which would evoke Harmony Korine if Sutton had bothered with a bit of cruelty. But the most obvious oddball characters, a mother and son being interviewed by an unseen person, appear to be strangely sincere—although where they fit into the timeframe of events is unclear, as if they’re meant to be as an impromptu elegy, or direct commentary on the senseless meaningless of the entire scenario.

Like his earlier sophomore film, 2012’s Memphis, Sutton is more intent on the poetry of his visuals, here tinged with real life horror. A matter-of-fact recapitulation, Dark Night isn’t meant to entertain, but merely to convey, solemnly, the emptiness of contemporary connections.