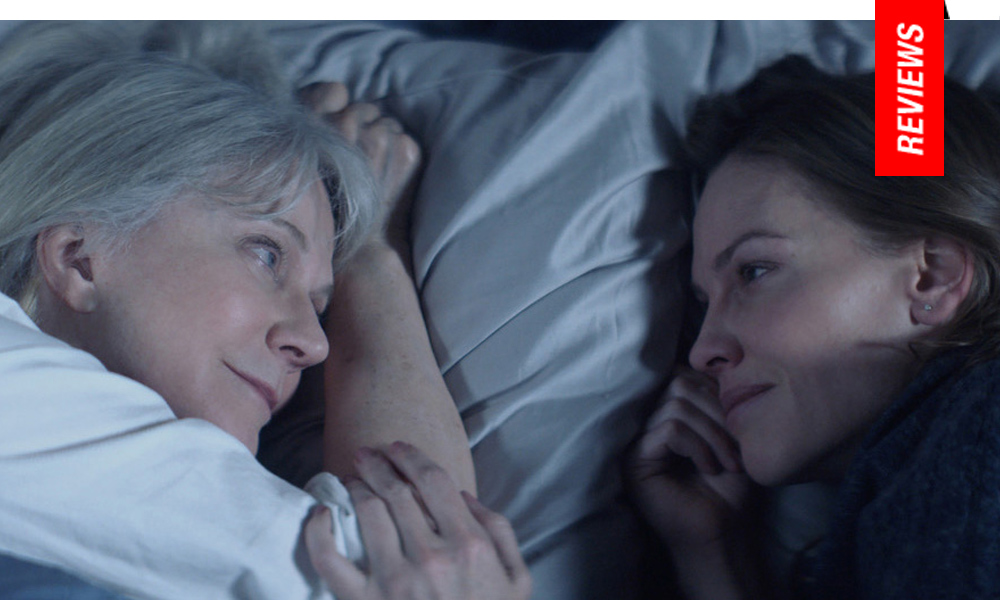 What They Had | Review

In a year where so many films feel politically charged, What They Had is a refreshingly personal, startlingly funny, high-octane family drama. At first glance, this tragicomic Alzheimer’s story by first-time director Elizabeth Chomko may seem simple, almost predictable; but as you penetrate the layers, you find finely rendered sensitivity. Both oddball and incredibly moving, this film shifts seamlessly between tones. It’s also empowering, and full of hope—not just for those affected by Alzheimer’s, but for anyone with a family.

It begins with an unexpected walk in a snowstorm. The mother Ruth (Blythe Danner) has Alzheimer’s; her son Nick (Michael Shannon) and daughter Bridget (Hillary Swank, who also produced) both want to send their mom to a home; their father Burt (Robert Forster) rejects the idea, and will break before he bends. In the background, Bridget tends to her strained marriage and unruly daughter Emma (Taissa Farmiga), while Nick, a lonely bar owner, thanklessly bears the brunt of his parents’ unraveling. The family’s dysfunction is at once painful and riotous. Danner’s behavior in particular inspires much laughter—but within seconds, she also brings us to tears. When she hits on her own son in a senior moment, it’s played for laughs; when this comes up again later, it’s a gut-wrenching power play in a family fight.

Stylistically, What They Had is elegant and understated. Despite a subject matter that could easily veer toward melodrama, Chomko’s direction is never ostentatious or self-indulgent. Instead, her film offers tender naturalism: DP Roberto Schaefer’s images are hauntingly placid; composer Danny Mulhern adds poignant ambience. The cast doesn’t disappoint either: as an ensemble, they cease to exist as actors and become an intensely believable family. Daughter Swank is an excellent conduit for our sympathy; father Forster is heartbreakingly fragile beneath his curmudgeonly veneers; son Michael Shannon, who sometimes verges on self-parody, showcases a range we haven’t seen since Take Shelter—or maybe ever. His Oscar-worthy scenes with Forster form the film’s emotional core.

What They Had is an incredibly mature debut, and a touching, truthful exploration of kith and kin. Chomko captures the energy of family friction with painfully realistic attention to character; Producers Albert Berger and Ron Yerxa challenge the bar raised by their own earlier family drama, Little Miss Sunshine. A near-perfect mix of misfortune and humor, What They Had delivers one emotional blow after another, then shakes off the hurt and laughs in between. Never sappy, it confronts fear with tongue-in-cheek resilience, right up until its quietly satisfying conclusion … almost certain to be a tearjerker for anyone who invests in this drama.