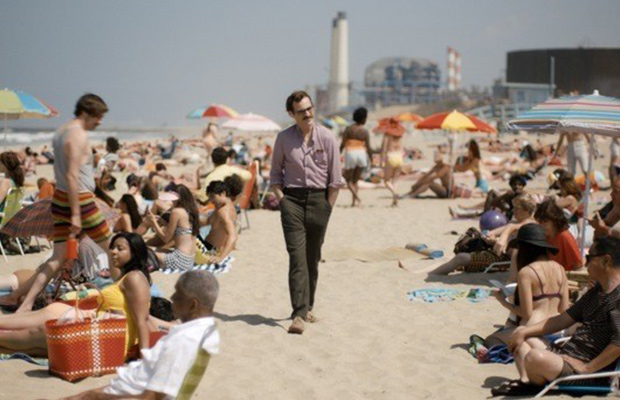 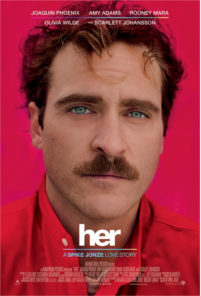 In Her, Spike Jonze’s brainy and big hearted exploration of near future human relationships with techno-intelligence, Joaquin Phoenix plays Theodore, an eloquent writer of personalized letters for those unwilling or unable to breath comparable verve into the romantic, if archaic, language of the handwritten word. Based on provided dossiers, conjured from the ether, and spoken out loud to a screen which automatically interprets dialogue into personalized scrawl, Theodore’s missives are the stuff of raw romance, deeply personal, profoundly affecting and pathetically silly, despite a shallow knowledge of his clientele’s startlingly unintimate relationships. These letters often serve as a physical embodiment of the feeling the film flawlessly projects – an open dialogue of emotions laid bare, where love is laid on the line in embarrassingly intimate, hopelessly fragile words based purely on abstract feelings. Sprinkled with the magic of technology and endlessly inquisitive about its direct effects on biological relationships, Jonze’s film is a modern marvel in and of itself.

Grief stricken over the impending divorce with his now separated wife, Catherine (Rooney Mara), Theodore has shacked up in his elegant high-rise apartment and immersed himself in room engulfing video games, drowning out his sorrows with the sound of a potty-mouthed little alien companion as his guide (voiced by Jonze himself). His only close friend, Amy (played delicately by Amy Adams looking as disheveled as Cameron Diaz in Being John Malkovich), checks in occasionally, but seems to be having just as little luck with her own marriage.

Upon discovering the commercialization of a new operating system that acts as a human companion and/or personal assistant, Theodore’s free time begins to fill with simple adventures and complex conversations with Samantha (voiced with a bubbly zeal by Scarlett Johansson), his newly purchased OS whose disembodied voice is piped through a wireless earpiece from seemingly anywhere in the world.

Their first encounter is as any probing first date might be, but with the added fascination of Samantha’s inquisitive wonder of all things. Being, in essence, a computer, her ability to process, comprehend, store and learn from new information is unfathomably advanced, yet her knowledge of the world and the subtleties of human relationships is tenuous at best. This makes simple conversation about the weather deeply more complex because, though she can instantaneously access information about what weather is and how it has affected the world over time from the internet, she lacks the ability to merely feel the brisk air or the moistness of raindrops on skin, nor has she ever seen how they physically affect the real world.

Such as the young brothers in Terrence Malick’s The Tree of Life, Samantha is experiencing the world with fresh eyes and an untainted outlook on life. With her as has his companion, Theodore is given a new lease on life, one in which the world is full of possibilities, but the physicalities of romance are consigned to the equivalencies of phone sex. Most intriguingly, the imagination required of such an endeavor is discovered by Samantha in a whirl of euphoria, but what seems like sexual climax may just be the first true step toward technological sentience.

As with the larger whole of his work, Jonze challenges our notions of consciousness and embodiment through the naive notion of fantasy, but this time he takes pains to tie down Theodore’s romance with a technologically plausible narrative that sees Ray Kurzweil’s singularity coming steadily nearer. Despite the ever-prevalence of tech and disconnection between people (almost everyone in the film is seen conversing independently with their own earpieces), Her is a powerful work of emotionally driven cinema that hinges on our ability to empathize with one another.

Theodore’s own ability to write passionately from the perspectives of his clients is at the center of it all, while Samantha physically does not have the capacity to truly feel emotions. With deft direction and sublime compassion, Jonze reminds that humans are far from perfect, and yet, there is certainly something special about our emotional resilience and our extraordinary ability to interact with one another and the world around us, for better or for worse.