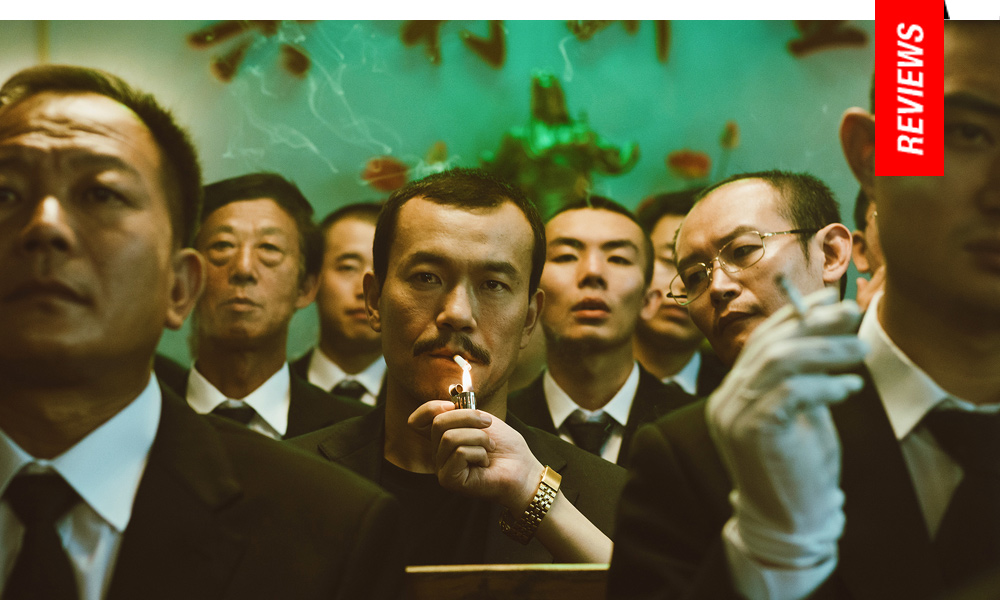 Love is Like a Stove: Zhangke Tackles Genre in Time-Spanning Romance 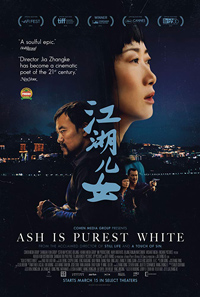 Chinese auteur Jia Zhangke continues to experiment in tone and form with his latest feature, the Chinese-French co-production Ash is Purest White. The closest thing to genre Zhangke has come thus far, it’s an even further departure than his last production, 2015’s Mountains May Depart, which was a co-pro with Australia. It’s also the esteemed director’s most mainstream and expensive film to date, which isn’t to say he’s lost his usual potency. Closest in tone to 2013’s Touch of Sin, this veritable romantic odyssey spans from 2001 to present day China, reflecting cultural changes as a subtle backdrop for a phenomenal lead performance from his wife and usual muse Zhao Tao. A reflection of Zhangke’s themes and trajectories is also reflected throughout changes of style, tone, and period.

Qiao (Tao), a dancer in 2001 Datong, is enamored with local gangster Bin (Liao Fan), a man committed to living in the jianghu tradition (taken from Wuxia stories relating to the underworld, a hidden way of life, or society without rule or order). But Bin’s success as a big fish in a small pond is short-lived. When a group of young thugs mercilessly beats him, Qiao fires a shotgun to defend him and ends up serving five years in prison. After serving her sentence, she goes in search of the absent Bin.

While Ash co-stars Liao Fan, star of 2014’s Black Coal, Thin Ice, Zhangke lovingly recalibrates the trajectory of his filmography for Zhao Tao, revisiting situations and locales from earlier titles such as Unknown Pleasures (2002), and, more notably, Still Life (2006), which Qiao drifts through them as a woman on the periphery of her own experience, until at last reaching her own actualization of sorts. A conversation between Qiao and Bin alludes to the English language title, referring to how the ashes from the volcano are the purest substance due to the temperature they were incinerated at—in other words, a blank slate. Perhaps obviously, this unpacks the metaphor of Qiao’s unrequited love for Bin, which leaves her reborn, unclaimed, and, in a sense, at peace (our last moment of her is a twice removed one, forlornly in long-shot, seen through the fuzzy image of a security camera). The Chinese title roughly translates to Sons and Daughter of Jianghu, a direct reference to the lifestyle Bin and Qiao which embodies their view and how they choose to exist in Datong—later, it is used as a way to renounce identity for both characters.

During its buoyant, even joyful first act, Ash is Purest White plays like straightforward genre with dark, comedic undertones. Qiao is a good-time gal following Bin’s lead, who notably is more obsessed with keeping control of his vaguely outlined territories than committing to her. Traces of the Mountains May Depart opening, where Tao dances to The Pet Shop Boys track “Go West” is echoed in an entertaining bit utilizing The Village People’s “YMCA.” It’s April, 2001, and it seems control of various mob syndicates are thrown into question when a group of teen gangsters begin to murder prominent figures.

Tao shines brightest in the following 2006 segment, released from prison and in search for Bin. Immediately grifted by an unassuming woman on a boat passing through Fengjie, she demonstrates a resourcefulness born out of desperation which also highlights Tao’s considerable comedic timing, albeit laced with a overriding broken-heartedness. Her eventual reunion with Bin segues into present day, with Qiao running a mahjong parlor and perhaps contented enough at last…until Bin returns under tragic circumstances.

The film’s third act finds the one-time lovers in a state of resignation and leaning on one another out of either habit or necessity. Their narrative arc is a reflection on accepting the changes of one’s environment as well as those within one’s self—while through it all, one somehow remains the same. Ending on a note more oblique than mysterious, Ash is Purest White is one of Zhangke’s most touching and mature films, a sobering conversation piece to the teenagers of Unknown Pleasures (2002) and more hopeful than the theme park defined characters of The World (2004).