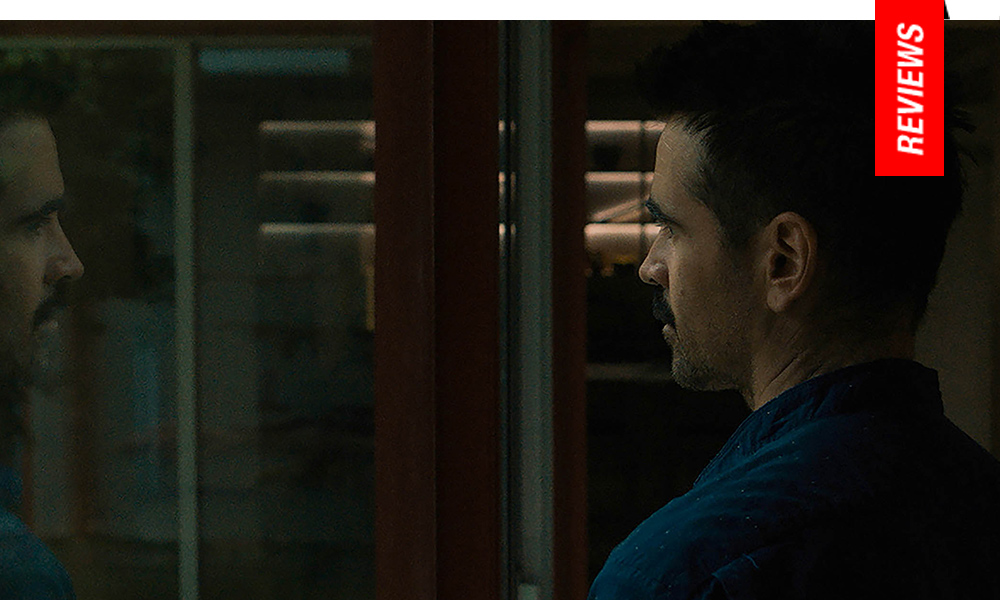 Before and After Yang: More Human than Humans 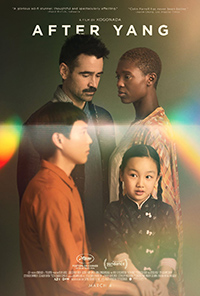 Kogonada’s After Yang opens with the most exhilarating dance sequence since Gaspar Noé’s Climax—but don’t be misled. Like his first feature, the quietly powerful Columbus, After Yang is a pensive, surprisingly moving exploration of humanity. Shifting swiftly beyond its initial exuberance, this well-acted domestic drama prioritizes wry humor, philosophical food-for-thought and subtle emotional growth—all with a sci-fi twist.

Set in the near future, adapted from a short story by Alexander Weinstein, the filmmaker’s latest follows a grieving family whose beloved “technosapien” Yang—more son than Alexa—has shut down unexpectedly. More life-affirming than dystopian, more Yasujiro Ozu than Blade Runner (but no less intense), this film gives us a glimpse of our own possibilities … and continues to simmer long after the credits.

The beyond-human Yang (an endearingly soulful Justin H. Min) is the glue that holds this family together: father Jake (an understated Colin Farrell), mother Kyra (the perceptive Jodie Turner-Smith) and adopted Chinese daughter Mika (vibrant newcomer Malea Emma Tjandrawidjaja). Yang’s original purpose was to teach Mika about her Chinese cultural heritage, but his identity-affirming programming has turned into a boon for the entire family; when he suddenly crashes, it’s devastating. Then, when Jake takes Yang in for repair—a sequence sure to trigger genius bar regulars—the andro-techies reveal (with varying levels of legality) that this au-pair’s malfunction is more than just a cracked screen … and the real journey begins. One of the film’s central questions is asked by a clone (the incisive Haley Lu Richardson): “Why assume other beings would want to be human?”

Kogonada’s vision is quietly profound. Before turning to directing, he made his bones as film essayist, a skill that manifests here in both thematic and visual depth. Parceled out in a series of understated emotional crescendos, After Yang’s worldbuilding is detailed but never obvious, rich in nuance yet unafraid to champion the benefits of evolving technology. Visually, it is equally subtle, laced with soothing zen gardens, cozy interiors with God-tier feng shui, and—in one striking, recurring image—a car window reflecting fluorescent lights while passing through a long tunnel. As for the film’s rhythm, the overused descriptor “slow-burn” (often a euphemism for pacing issues) is oddly appropriate: the gradual evolution brought about by Yang’s absence is more powerful than climactic catharsis.

After Yang echoes the “more human than human” sci-fi-losophies explored by Philip K. Dick, Mary Shelley and Yoshihiro Togashi—but with a difference. Where earlier narratives offer a more cynical take, here we find hope … and cause for awe. In this world where emotions are stifled and stress is a given, humans have created an antidote for their own dilemma: technosapiens who embody our better selves. Watching this film is like holding a hand close to a flickering candle, then flinching back with renewed understanding: acceptance of our own limitations, and respect for the flame.