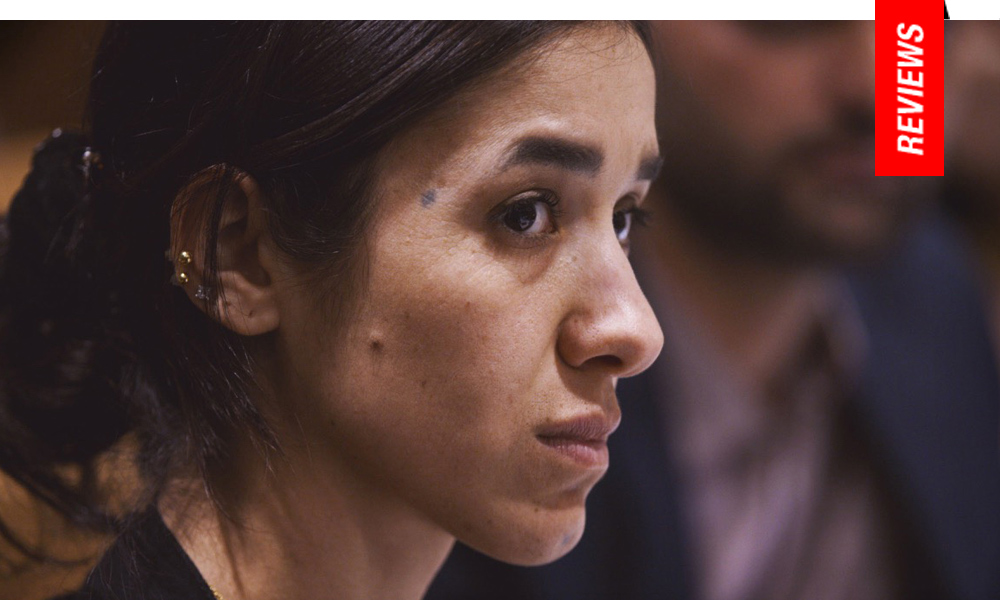 On Her Shoulders | Review

The copious trove of data involving the millions afflicted by the crimes and cruelties of the Islamic State of Iraq and the Levant could fill entire libraries, though relatively quite little is discussed regarding the ISIS genocide of the Yazidi people. Yazidism, a monotheistic faith comprised of various elements of Zoroastrianism, Islam, Christianity and Judaism, is now effectively non-existent in Northern Iraq. The widespread abductions of women and girls, and numerous methodological massacres, all resulted in several thousand murdered or possessed as slaves, and over half a million refugees displaced internationally. Alexandria Bombach sets her sights on the story of Nadia Murad, a 23-year-old Yazidi, who survived sexual slavery and the systematic slaughter of her family to mount the international stage as the reluctant voice of her people. On Her Shoulders is a harrowing, heart wrenching, gut-punch of emotion that acts equally as a document of the insurmountable trials Murad continues to face, as well as a call to action to right incalculable wrongs.

Following Murad for several months leading up to her addressing the United Nations on the Yazidi genocide and continued slavery, she continually repeats her terrible account of her own imprisonment and rape to anyone with a platform, garnering as much public awareness as possible. Each retelling splits open old wounds, and the emotional, mental and physical toll is etched deeper into her face as she struggles to stay dedicated to her mission with the weight of an entire people baring down each day.

As the time clicks down to her fateful speech, she finds small solace in her closest confidants, and her championship by high-profile supporters lobbying the UN to indict ISIS terrorists in international court for crimes against humanity. A personal interview with Murad punctuates each segment throughout the work, her desire to live a normal life and to provide a normal life for all of the remaining Yazidi hallmarking her words with increasing sadness and resolve.

It is almost impossible to divorce any element from one another when trying to deconstruct this docu, as they mostly underline and uplift each other with stunning proficiency. Bombach’s direct and close range cinematography is made all the more engrossing through her commanding editorial sense. When turmoil is overwhelming her subjects, the camerawork and editing mimics this swirling headrush of information and emotion on almost an existential level; in tandem with slow, drawn out sequences expressing thoughtfulness and detachment. Lawrence Everson’s sound editing heightens the resonance of many scenes, with soft crying or exasperated sighs boosted to booming levels. Patrick Jonsson’s score, though accurately reflecting the emotional realism of the film, too often overtakes scenes where silence would be significantly more appropriate, thusly cheapening its use to where it is unnecessarily melodramatic.

The unimaginable pressures and ultimatums placed on Murad is intimidating even to a spectator. Her demands for justice, and the survival of her people and culture, are shadowed all the while by constant death threats, intrusive interviews and public dismissal, making her important task all the more arduous and debilitating. Murad clarifies that her story is not overly exceptional, as numerous other women and girls continue to suffer her fate, and will continue to do so without immediate international intervention on a humanitarian and judiciary level. While some portions of On Her Shoulders push the limits of emotional connectivity, it effortlessly commands our attention throughout its runtime, and demands our active involvement long after the credits roll.