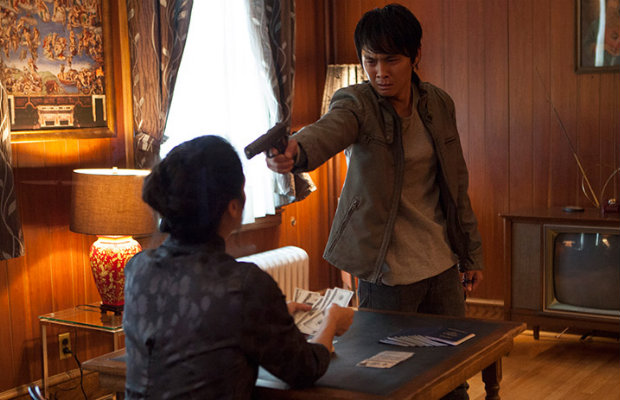 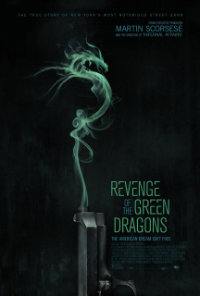 Martin Scorsese appears as executive producer on Andrew Lau and Andrew Loo’s Revenge of the Green Dragons, which is no surprise considering he famously remade Lau’s 2002 film Infernal Affairs as The Departed (2006). Featuring a gritty period portrait of gangland warfare in New Your City, it’s clearly the sort of material that Scorsese seems to be attracted to, and thematically, one could even say there are influences of titles like Mean Streets (1973) or Goodfellas (1990) in the mix, with slight homages here and there. But the similiarites are only skin deep. This saga, which is actually based on fact, feels too zany and forthright, any realistic human elements crushed beneath its predilection for exaggerated, dramatic performances and hyperviolence.

In 1983 Flushing, a young boy, Sonny, crosses into the US without parents. Snakehead Mama (Eugenia Yuan), head of a Chinese mafia syndicate that runs a grocery store as a front, assigns him to another family. As a young teenager, Sonny and his new brother Steven work with their mother in a Chinese restaurant. But it’s not long before the boys are drawn into joining the Chinatown gang known as the Green Dragons, one of several well-known groups. Growing into young men with the gang, Sonny (Justin Chon) and Steven (Kevin Wu) eventually are pitted against each other after a string of double-crosses with rival gang the White Tigers. The fallout of this transaction forces Sonny’s girlfriend Tina (Shuya Chang) to turn state’s evidence to release her father from a lengthy prison sentence, a man that Dragon leader Paul (Harry Shum Jr.) marked as a fall guy.

Andrew Loo, a cinematographer making his sophomore directorial stint, co-wrote with Michael Di Jiacomo, which could explain some of the tinny dialogue. But Andrew Lau isn’t exactly a stranger to English language filmmaking (The Flock, 2007) or pulpy entertainment. And yet, there seems to be a definite lack on the grasp of realistic dialogue, which lends this sensationally true tale the pallor of cheap exploitation. Deciding to narc on his vicious buddies, Sonny tells an officer with a straight face, “There’s a storm coming and I don’t know of any umbrella big enough to keep the city from getting wet.”

Another major fault of the film is the casting of Justin Chon, a Twilight alum that also headlined the degrading and obnoxious 21 & Over. He’s never quite believable as a gang thug, his forlorn narration a bit too emphatic to take seriously. Worse, his hysterically rendered cohorts are even more irksome, a barrage of squeals, snarls, and gunshots that are more repulsive in their exaggerated acting than any of their heinous crimes.

The law enforcement roles get more straightforward bits, so Jin Auyeeung, Ray Liotta, Geoff Pierson and even comic relief Billy Magnusson seems less silly by comparison, even if they’re painted either as incessantly naive buffoons or apathetic racists. Incredibly striking Hong Kong actress Eugenia Yuan is underutilized, though many of her passages are silly and trite, as well. While the Revenge of the Green Dragons may recall a particular time period, frenetic visuals, impaired screenplay, and stilted performances distract at every turn.