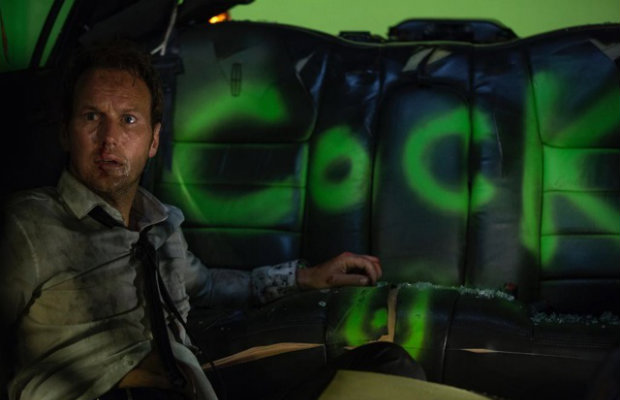 To Live and Drive in LA: Carnahan’s Trip into Hollyweird 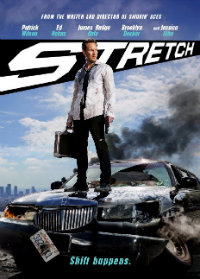 In an unprecedented and surprisingly brusque move, Universal chose to dump Joe Carnahan’s latest film, Stretch into a sole VOD platform release, bypassing a theatrical run completely. While this signifies the studio’s lack of confidence in the title, it’s most likely a herald of things to come for filmmakers working within the system. The rule of thumb in the film industry used to be that you’re only as good as your last picture, but Carnahan received some of the best notices of his directorial career with 2012’s The Grey—it no longer seems to matter just how well your last picture performed. In defense of the eclectic director’s tastes, his latest is a bizarre romp through Tinseltown that never adheres to a particular mold, making it a rather tough sell but pleasantly offbeat feature, as far as studio fare goes.

A down and out limo driver struggling to make it as an actor in Los Angeles, Stretch (Patrick Wilson) is in big trouble. He owes the Mexican mafia $6,000 in gambling debt and must recoup that amount in the next several hours. But he’s off to a rocky start, his first client of the day, David Hasselhoff, being snagged by a rival limo company run by nemesis Jovi. With the help of a sympathetic coworker, Stretch steals Jovi’s next client, Ray Liotta on a ride to the airport. Liotta forgets to return a prop badge and gun, which he entrusts to Stretch. But before he can return these items, Stretch’s salvation comes in the form of his next client, a rich financial investor (Chris Pine) who is notorious for giving large tips. The investor ascertains that Stretch is in need and assigns him on a mission that gets the driver mixed up with the Feds and the LAPD. And then, yeah, he runs into the recent ex-girlfriend (Brooklyn Decker) that compounded his recent downslide in the first place.

As the rather conspicuously named Stretch, Patrick Wilson is endearingly affable (this is the second of Wilson’s 2014 titles to receive a rather truncated theatrical release, the other being the underrated Space Station 76). While Stretch begins rather awkwardly with his character’s omniscient narration, as well as with an annoying insistence on having Wilson read aloud text messages that are already clearly displayed within the film for our convenience, eventually the film settles into its own rhythm, with Wilson proving to be more than game as the film goes along.

This veers from uncomfortably posing as a police office in a nest of Feds to making a desperate message to OnStar to restart his stolen limo in a sticky situation. Other characters come across a bit more exaggerated, which lends the film a slapstick feel, such as David Hasselhoff and Ray Liotta (who starred in Carnahan’s Narc) playing sendups of themselves, and Chris Pine in a weird bit as a the coked-up answer to all of Stretch’s financial issues. A mussy and bespectacled Jessica Alba adds very little to the scenario as Stretch’s sole source of support—how’s she’s utilized is also as predictable as it is unnecessary. The weakest spots belong to the recurring ghost of Ed Helms, popping up for broad comedic bits that never quite gels with whatever is going on.

In a town where everyone’s day job is simply a paycheck supporting their quest for fame and glory, “a town that specializes in the sick and deranged,” Stretch catches a certain sense of working outside of the glorious system in Los Angeles. As a portrait of the sleazy weirdness pervading the scene, it’s certainly more effective than Cronenberg’s hysterical Maps to the Stars, which also factors the role of the limo driver in the milieu. Mostly, it’s another example of how great Wilson can be in a well written role, and it’s more entertaining than a majority of the films that studios unceremoniously end up dumping into theaters anyway. But perhaps all this additional drama will result in some publicity for the film’s release strategy.