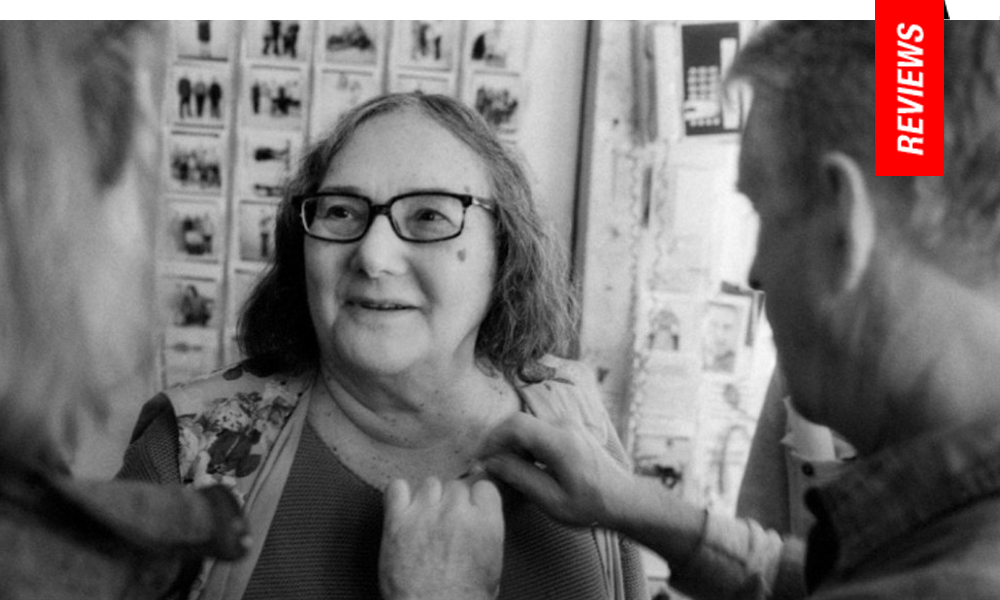 Big Pictures Worth A Thousand Words: Morris and Dorfman Dig Through The Archives 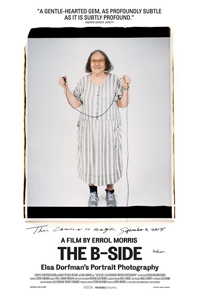 Errol Morris’s interest in still photography is no secret, having written the Penguin published text “Believing is Seeing: Observations on the Mysteries of Photography” back in 2011 to much acclaim, yet his cinematic projects have never explicitly dealt with the subject, except briefly as the damning visual evidence at the heart of Standard Operating Procedure. With his latest, The B-Side: Elsa Dorfman’s Portrait Photography, the rigorous political interrogator and excavator of human absurdities has set aside his biting apt for facetiousness and meticulous formal construction, and instead has painted a warm, tender and uncharacteristically free-wheeling portrait of his friend and fellow image maker Elsa Dorfman, a world renowned large-format instant Polaroid photographer.

Back in 1974, after falling in love with photography in the mid 60s, Dorfman published a personal photographic record of her life and social circle in “Elsa’s Housebook – A Woman’s Photojournal.” The Cambridge based book featured a parade of prominent figures of the Beat literary world, including Gregory Corso, Gary Snyder, Robert Creeley, Lawrence Ferlinghetti, Peter Orlovsky, and most prominently, Allen Ginsberg, whom would reoccur throughout her work over the following decades as she settled into the format that she’d become most famous for: 20″x24″ Polaroid portraits. Utilizing one of only six super-sized Polaroid cameras in the world, Dorman has amassed quite the archive of personal large format photos and contracted outtakes.

As a personal excavation of Elsa’s home archives by the now 79 year old photographer herself, The B-Side chronologically recounts her artistic origins, her connections to the Beats, and how she came to large format photography with the candor and intimacy one might find going through old family photos with their own grandmother. In a rare formal departure, Morris cedes to multiple handheld cameras with the same cheerily interactive observational style one might expect from the work of Albert Maysles. One can sense both the respect he has for his subject and the aurally observed pleasure he’s taking in digging through the archives along with her. Not unsurprisingly, it all makes for an incredibly delightful affair, echoing Maysle’s late Iris in its bittersweet examination of art, aging, memory, and family.

Being a heralded expert in such a specialized format, Elsa is given plenty of time to talk about the photographic process and her attraction to large format Polaroid portraiture. Just as we’ve all experienced with the commercial 4”x5” Polaroids, there’s something magical about the instantaneous chemical process, the sole copy of their existence and the unique way they age and eventually deteriorate. And yet the title itself – The B-Side: Elsa Dorfman’s Portrait Photography – is in reference to the hundreds of commissioned photographs not chosen and left behind by the families who had them taken, each of them telling their own stories, some more unique and quirky than the one’s taken home. Elsa and her work serve as genial proof, there is much to love in the rejected. Similarly, what may at first seem like simple, minor Morris, may in fact be some of his most rich and heartfelt to date.