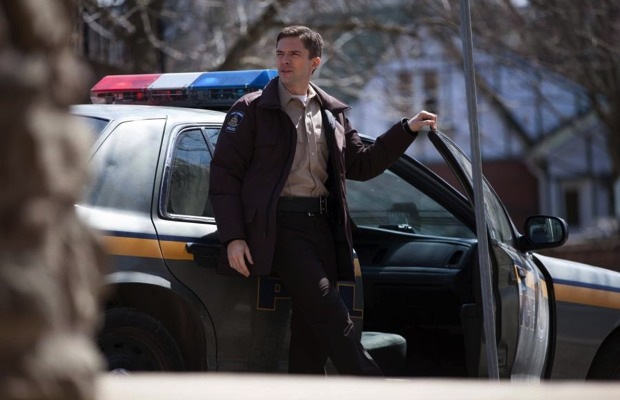 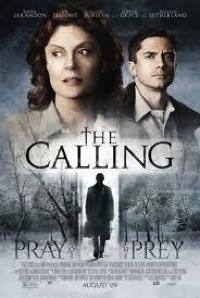 There is not anything innately offensive about a really decent made-for-TV thriller, especially the type based on those ceaseless examples of books once referred to as dime store pulp fiction, juicy, hard boiled or even illogical. These types of mildly entertaining whodunits aren’t without a certain sense of craftsmanship either. But half their charm is that they’re on television, so they may seem a bit irritating if you had to pay to see them in the theater—and that’s concerning the really decent ones. It’s hard to say why writer/producer Jason Stone chose to adapt The Calling, the first in a series of mystery novels by Michael Redhill, published under the pseudonym of Inger Ash Wolfe. Adapted by screenwriter Scott Abramovitch, who has only written films for television previously, it’s a lukewarm endeavor a bit warmed over by notable cast members flogging through a ludicrous plot about an inane religious serial killer.

Alcoholic and possibly depressed Detective Hazel Micallef (Susan Sarandon) lords over the small town of Fort Dundas with a shopworn eye. She’s got a good rapport with her employee and fellow Detective Ray Green (Gil Bellows) and has only minor skirmishes with a married ex-lover in town. But the small town sleepiness is ripped away when the gruesome murder of one of their denizens is discovered, an old woman with a terminal illness who has been nearly decapitated. Hazel grew up with this woman and takes it upon herself to head an investigation that soon blossoms into a possible serial killing case, whereby a man has been manipulating the mouths of his victims during rigor mortis so that they all form the pronunciation of a Latin phrase. It turns out, all the victims are Catholic. A local linguistic is consulted in the form of Father Price (Donald Sutherland) and Micallef luckily gets a new recruit, Ben Wingate (Topher Grace) a young man who actually requested to transfer from Toronto to Fort Dundas for private reasons.

Religious hooey doesn’t generally tend to make the best bedfellow with genre subtext, at least not looking at recent examples like Hilary Swank battling plagues in The Reaping (2007) or Julianne Moore’s multiple personality hypothesis in 6 Souls (2010), and The Calling feels like it’s trying way too hard to bring an original gimmick to an old standard.

It seems this is the Summer of Sarandon, as this marks the fourth film she stars in (the other being Tammy, Ping Pong Summer, and The Last Days of Robin Hood). She’s alright as Detective Hazel, but it’s an underwhelming role, with characterization born out of tired clichés, written for someone that need not possess the prowess of someone like the actress that ended up playing her. Ellen Burstyn plays her mother, and though the age difference isn’t quite on point, the bigger problem is how underutilized these two amazing actresses are.

The murderer is revealed early on, which makes maintaining any semblance of tension a gamble, but The Calling never has any to begin with. Topher Grace, generally a toxic presence in whatever setting he’s introduced, isn’t exactly a problem, though his is a terribly contrived character. Having dinner with Burstyn and Sarandon, he reveals that he’s gay by divulging that his partner died (not the one on the police force) and the rest of guys didn’t take it too well when they found out about it. So, here he is, choosing to transfer from a major urban center to a rural hamlet.

There are several aspects of this scenario that seem glaringly problematic, but it comes across as a lazy flourish meant to quickly invite some sort of pathos for his pedestrian character, only to be quickly swept under the rug anyway. But damn, if that’s how the Toronto police force responded to a gay member of the force, we’re all screwed.

Resolving itself as effortlessly and simply as these types of stock thrillers tend to do, The Calling isn’t really worth getting upset over. Especially since it can’t manage to be worth remembering.