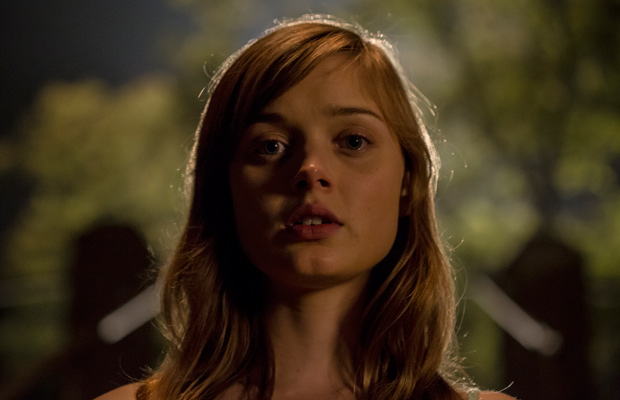 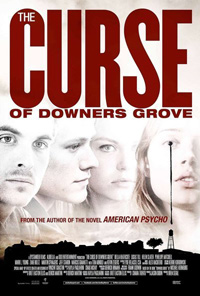 Check your expectations at the opening credits with The Curse of Downers Grove, a muddled teen scream mix of urban legend meets self-fulfilling prophecy metaphor. Many will be unable to bypass taking a look, however, upon learning the schlocky titled genre effort was penned by Bret Easton Ellis, his first cinematic project following the infamous and ultimately ill-fated Paul Schrader/Lindsey Lohan experiment The Canyons (2013). An ambitious thread of something greater sometimes resonates in this adolescent angst tale spiked with violence and a smattering of watered down sexuality (at least compared to what we know Ellis can imagine), but is ultimately lost in the tonally awkward jumps between genre elements and out-of-touch flourishes as concerns law-enforcement and teenagers.

The eponymous suburb of Chicago is the home of a deadly curse, or at least that’s the urban legend of the past decade since every year from 2004 on a senior has died days before their rite of passage. It seems the area was built over sacred Native American land in the 1800s, but why the curse only began relatively recently is barely discussed. Now, five days before their own graduation, besties Chrissie (Bella Heathcote) and Tracy (Penelope Mitchell) laugh off the rumors. Chrissie’s mom (Helen Slater) is going off on a much needed vacation with her new boyfriend, leaving her daughter and fifteen year old son Dave (Zane Holtz) alone to fend for themselves. The trouble begins quickly when Tracy drags Chrissie to a college party in the adjacent suburb. Accosted in the bathroom by star football player Chuck (Kevin Zegers), Chrissie pokes one of his eyes out, and the girls flee the party. But Chuck and his band of cocaine snorting, steroid injecting jocks are now on the hunt for vengeance. An eye for an eye, as they say.

Ironically, too much exposition is stated up front by Heathcote’s stilted, awkward narration, but then ultimately not enough is actually explored about the possibility of a curse to make it all that menacing. We get the sense that Ellis and co-writer/director Derick Martini (adapting from a 1999 novel Michael Hornberg) are playing up the notion that these stupid teens are actually in control of their own destinies, dying because it’s a consequence of their own foolish actions. But no matter how many nifty music rights they were able to garner, it cannot bypass the cheap quality of the film, particularly in surreal, nightmarish montages featuring a war-painted Native American jabbing violently at Chrissie.

Considering the general aura of assumed misogyny in reference to most works from Ellis, Heathcote’s Bella is often presented with a refreshing touch of self-reliance and confidence—so much so that the screenplay hobbles her with unrealistic flourishes. In 2015, there are other resources besides the police to be explored when sexual crimes transpire (explained away by the fact of Chuck’s dad being an ex-cop, in a wasted role for Tom Arnold). Simply too much happens without anyone making any realistic decisions, like Chrissie and Dave’s inability to cancel an ill-timed party because it was splashed all over social media.

Despite the clunky narration, Heathcote is likeable, and Martini even allows her to be the instigator of grueling moments of extreme violence, also somewhat refreshing in the face of traditional genre cinema. Nearly all other characters seem cut from the stock cloth, including the slutty best friend, the nerdy but kinda cool hipster brother, the inordinately intelligent and handsome mechanic love interest (Lucas Till), etc. That’s not to say the actors portraying them aren’t any good—considering the expectations of the material, ranging from genuine behavior to overblown antics, the quality of performance is overall quite impressive. Kevin Zegers doesn’t seem right as a college football star, both age and stature stacked against him, and when’s the last time you remember seeing Helen Slater? You probably won’t remember her here, either.

Martini seems attracted to communities, and particularly willowy young females, lodged in climes of suburban angst, previously directing the more successful offering, 2008’s Lymelife before the error of 2011’s ill-received Hick. The Curse of Downers Grove seems too easy a film to target for its numerous shortcomings (at least considering the combined quality of cast, writer, and director), but its greatest crime is the film’s inability to captivate or congeal into something more meaningful than the numerous examples of other teen driven films it resembles.