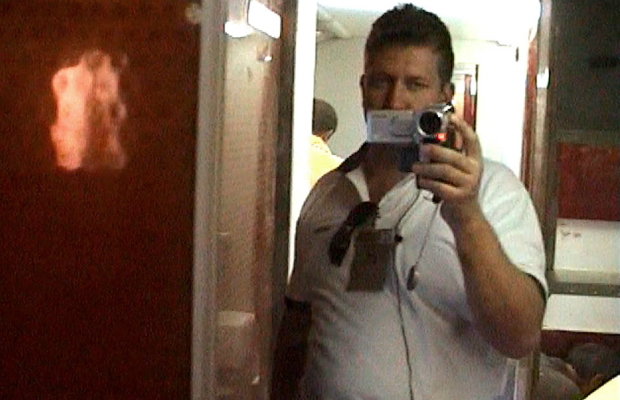 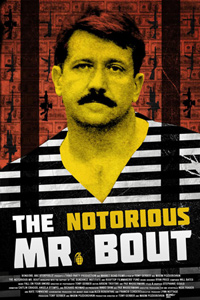 You probably know him by his wildly exaggerated media coined title, the ‘Merchant of Death’, or you might even remember Nicolas Cage’s war mongering Hollywood fictionalization of the man in Lord of War, but the real life Viktor Bout, though undeniably complicit in the black market arms trade, may have been more a business savvy buffoon than the master of ballistics he’s thought to be. Collaborating for the first time, directors Tony Gerber and Maxim Pozdorovkin paint a very different picture of the man than we are used to seeing. Harvesting a wealth of hilarious and humanizing home movies shot by Bout himself and his wife, Alla, the filmmakers reveal a man not obsessed with weaponry nor money, but one whose joy springs from time spent with his adoring network of family and friends, as well as from the simple pleasures of tourism, no matter the dangerous locales his chosen profession takes him. Unabashedly funny and remarkably intimate, The Notorious Mr. Bout re-examines Viktor and the moral murkiness in which the entrepreneur seemed to effortlessly thrive by employing his own reflections from prison, personal videos and stylish interviews with both his partners and persecutors, all while following Alla in the wake of his arrest.

Now, despite seeming over stuffed in description, the film actually follows a fluid narrative chronology that accentuates it’s light-hearted tone. With the collapse of the Soviet Union, Bout saw a capitalist opportunity in the import of foreign goods and eventually realized that the ownership of the transportation company itself could yield even higher profit margins. Apt with the organizational aspects of foreign trade and charmingly congenial in face to face business dealings, he quickly expanded his enterprise past the borders of Russia to a variety of African and Middle Eastern nations, his fleet of cargo planes hauling anything and everything, regardless of international law. It is here that Bout’s activities began to attract attention. Beautifully realized in slick animations, Bout’s shipping routes are mapped out, his planes bouncing between Afghanistan, Bulgaria, Liberia, Congo, Kenya, Libya, blindly contributing to horrific wars that, though implied, generally go unmentioned in the film.

Throughout these black market expansions and subsequent investigations, Bout maintains his innocence, yet his privately shot, on-the-job footage proves differently, despite his obvious obliviousness to the implications of his actions. Outside his staked out tent in the African plains, he’s seen cavorting with warlords, camera in hand, or drinking, singing and dancing with corrupt politicians in various locales. Regardless of his associations, he seems a sightseer first, business tycoon second, but like so many others, good times ended abruptly on 9/11. In the wake of the attack, nearly all of his business ties were severed. His visas cancelled, Bout was forced to return to Russia where intent to commit a crime is not punishable in a court of law. Thinking himself infallible, Bout’s downfall came in a controversial sting operation in Bangkok where he stupidly travelled to organize the shipment of weapons which were, as stated in the covertly recorded footage, intended for the killing of American citizens. After his delayed extradition, Viktor has been made an example of and is now serving time in the US for his crimes.

It’s clear from the home video and surveillance footage that Viktor was knowingly committing crimes (weaponry appears several times, in addition to asking to be signed on paperwork under a faux identity), but in this same footage there is reasonable evidence to believe that he was so clouded by his own selfish aspirations to travel, socialize and even attempt to create a documentary himself, that he really didn’t know what he was getting himself into. Bout often seems more Mr. Magoo than Yuri Orlov, bumbling blindly into absurd success,  inducing unmeasurable collateral damage along the way. While Gerber and Pozdorovkin certainly don’t endorse the dopy arms dealer’s poor decisions nor pander to his opinions of what happened, they manage to slyly re-examine his misguided motivations by amusingly employing the man himself to tell the story. Both consciously silly and subtly subversive, The Notorious Mr. Bout asks where the responsibility lies while appalling and entertaining in equal measure.