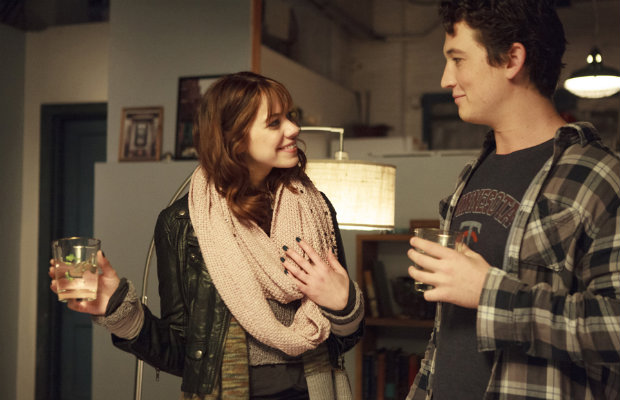 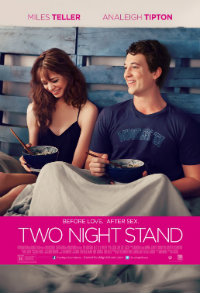 Director Max Nichols makes his directorial debut with Two Night Stand, almost entirely a two-handed endeavor headlined by two very promising young actors that have already appeared in a variety of notable titles from notable directors. If his name sounds familiar, it’s because he is indeed son of famed auteur Mike Nichols, a veritable god of film and stage, a man whose very first film was back in 1966 with Who’s Afraid of Virginia Woolf?….followed up with a sophomore effort known as The Graduate. Times have changed, and although the concept of nepotism really hasn’t, one can’t possibly hold the young Nichols to the impossible bar set by his father. Instead, his own debut is, more or less, a product overtly marked by contemporary traps of the modern, heterosexual dating scene, a subject lividly refreshed for each generation, all of them inextricably linked facsimiles of each other. Committed performances make up for a bit of the obnoxious contrivance it is harpooned upon, and your predilection for such fancies may dictate your final reaction. Regardless of what side of the line you’re on, its nifty frankness aside, there isn’t much to recall when all the bland assimilations of cute preciousness fade into the ether.

Megan (Analeigh Tipton) is having a hard time getting over a recent breakup. He was a high school sweetheart, she went pre-med for him, but basically just wanted to be his wife and bear his children. Discovering he was bored with that a bit too late, Megan is crushed and left with a fancy degree she has no intention of utilizing. We meet her setting up an online dating profile, wallowing in the comfort of her roommate Faiza’s (Jessica Szohr) kindness, who is letting Megan recuperate, jobless and aimless. But Faiza’s boyfriend Cedric (Scott Mescudi) has been eager to move in. Together, they try to bring Megan to a birthday party at a bar, but her lack of ID necessitates another night alone at home. But inspired by Faiza’s insinuations, Megan looks for an online sex hookup, and eventually finds an eager partner in Brooklyn, a friendly sort named Alec (Miles Teller). Attempting to sneak out the next morning and instead setting of an alarm, the two blunder through an awkward and then angry interaction, where Megan storms out. Only, a blizzard so massive hit NYC that the door to the apartment building can’t even open, leaving Megan stranded in Alec’s apartment for another whole day. Slowly, they try to tentatively work around the awkwardness of the situation and begin to speak rather freely with each other in ways they wouldn’t have been able to had this been some sort of routine situation.

“We’re basically in a science experiment,” Alec proclaims by the time the film gets to the inevitable moment where our protagonists will copulate again, this time under the guise of each other’s constructive criticism about what the other partner actually wants. If one could count these conversations as strengths, the more meaningful moments of Two Night Stand happen in these moments where rather frank and adult conversations transpire about communication and sex. In the realm of the heteronormative, we’re still trapped in that broken record ride of men vs. women vs. who wants what and when. But even as Mark Hammer’s script has moments of refreshing exploration, the rest of their dynamic is treated with a ham-fisted levity.

Tipton, what with her widely expressive eyes, is saddled with the majority of disingenuous one liners and forced moments, such as when they have to cross over Alec’s building and she breaks the neighbor’s window in a moment of unnecessary insanity. It is one of several glaring moments trying way too hard to feed us familiar shtick in a brand new flavor of syrupy goo.

Teller gives us a more bearable rendition of the enhanced everyman, losing the cocky bluff that helped make fare like 21 & Over or That Awkward Moment utterly rancid, to a degree that even if this is refurbished cliché, he isn’t entirely unbelievable (yet if one were to compare this for a moment to his romantic entanglement with Shailene Woodley in The Spectacular Now one would see that there is plenty missing from this sing-songy treatment). Supporting characters are creaky stock types, with Scott Mescudi (aka Kid Cudi) bearing the brunt of the cringe inducing.

On a brighter note, Nichols has assembled a very fine soundtrack of upcoming artists, ending on a particularly high note with a track from The Submarines. It’s an assemblage that evokes the magic of what Nichols wants to achieve, at least.