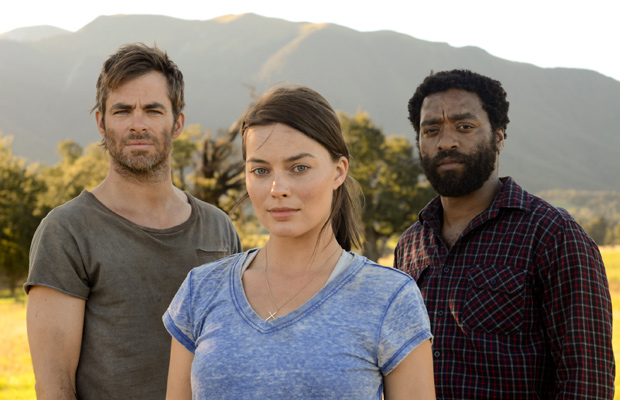 This is the End: Zobel’s Post-Apocalyptic Love Triangle 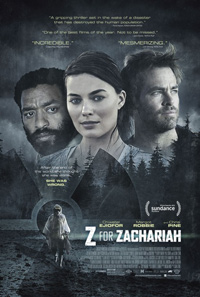 Following the success of his galvanizingly uncomfortable 2012 film Compliance, director Craig Zobel teases his way into genre with subtle sci-fi in Z for Zachariah, based on the novel from Robert C. O’Brien, author of the text that provided the basis for the children’s classic The Secret of Nimh (1982). Zobel’s third film, his meditative take on an oft explored scenario is an intriguing change of pace, and along with screenwriter Nissar Modi, the film retains a low-key, vintage flavor that belies the origins of the source material. Racial identity and issues of science vs. faith break the peaceful lulls of three individuals warped into the death throes of a dying species, but despite the allegorical possibilities, Zobel prefers a slow burn of tenuous desire to simmer into a sometimes underwhelming broth. And yet, it’s exactly the type of intelligently written and well-performed low key genre film we rarely see any more, adult material that doesn’t rely on bombastic melodrama.

Ann Burden (Margot Robbie) wanders around in an isolated valley with her dog, apparently fending for herself. One day she stumbles upon a man in a make-shift contamination suit, and observing him, we learn that Loomis (Chiwetel Ejiofor) has stumbled into the valley from a decimated existence, where nuclear radiation has eradicated the human race. A scientist, Loomis has been able to survive long enough in his suit to happen upon Ann’s refuge, apparently a valley shielded by weather patterns that have otherwise brought destruction to the rest of the world. As Ann and Loomis get used to each other, sexual tension begins to enter their amiable relationship, though Loomis holds off Ann’s advances, warning that sex will change everything, a step that needs to be taken slowly. But before that can happen, another man, Caleb (Chris Pine), stumbles into their paradise, shifting the power dynamic and causing a competition among the two men for Ann’s attention.

Generic yet successfully sleek in execution, the last love triangle on Earth unfolds in predictable succession in a virile valley that basically represents the land that time forgot, sheltered by some kind of nuclear fallout that poisoned the rest of mankind. In a superficial sense, it’s hard not be distracted by the film’s casting, positioning the gorgeous Margot Robbie as the unlikely last woman on Earth. Though the role was initially announced as belonging to Amanda Seyfried, Robbie does make a striking impression despite her beauty, Southern accent and all. Though simply dying bombshell blondes into sultry brunettes is still a questionable cinematic tactic used to ‘mouse’ women. Likewise, Chris Pine, no matter how mussed his hair and grizzled his beard, still does not appear to have survived nuclear fallout in his aimless wanderings prior to happening upon Ann’s magical idyll. The real prize of Zachariah is Chiwetel Ejiofor, who turns in the strongest performance and appears physically appropriate.

Loomis’ education puts him at odds with Ann’s religious fervor, something Caleb immediately begins to manipulate in his obvious bid to control her by winning her sexual interest. Racial differentiation suddenly begins to take on importance upon the appearance of another white human, and if anything this is a chilling testament to mankind’s inability to ever get beyond its predilection for categorizing human worth, even in the wake of extinction (not to mention the role of woman as something to be won). Zobel’s adaptation recalls a forgotten 1959 film from Ranald MacDougall, The World, the Flesh, and the Devil in which, following a nuclear holocaust, the last woman, the white Inger Stevens, falls into a similar scenario between Harry Belafonte and interloper Mel Ferrer. Though the racial implications may be slightly less provocative here in 2015, Zobel has created a unique comparison in our continued reimagining of just what this scenario could look like.

David Gordon Green’s regular DoP Tim Orr turns the lush New Zealand locale into a serene paradise, and there’s a palpable menace upon the arrival of Caleb, as if he’s the snake of Eden, come to cast mankind’s second chance into a new age of sin. But there’s a nagging predictability to Z for Zachariah that renders its (logical) climax ineffectual, something that could have been avoided had there been higher stakes, and more tempestuous, emotional energy between the three pretty people vying for control.

Reviewed on January 22nd at the 2015 Sundance Film Festival – US Dramatic Competition. 95 Mins.