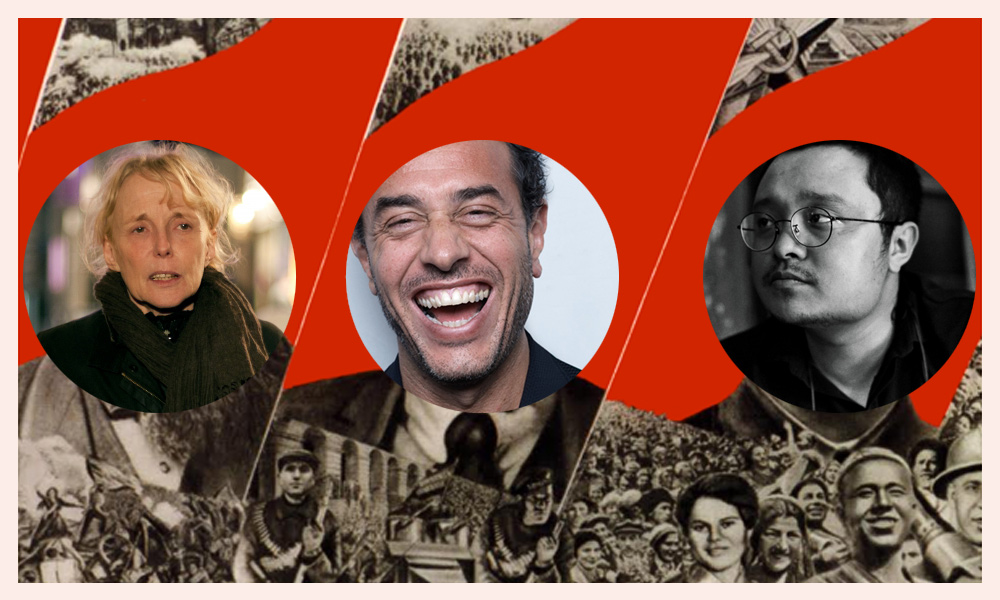 IONCINEMA.com’s Top 3 Critics’ Picks offers a curated approach to the usual quandary: what would you recommend I see in theaters this month? The winter thaw is behind us and blooming season is here, and this April we’re looking at the last batch of 2018 film fest offering gems. In the must see trio of films to see this month we have a pair from the Croisette in Cannes Comp title Dogman (Magnolia Pictures – April 12th) and Un Certain Regard programmed Long Day’s Journey Into Night (Kino Lorber – April 12th), and TIFF were lucky to get their hands on the world premiere screening to High Life (A24 – April 6th) which Denis will help promote this week.

“Denis isn’t interested in answering any questions, or even posing them, really. Which makes High Life even more compelling, mysterious, uncompromising, strangely fetishistic, and enjoyable.” – Nicholas Bell for IONCINEMA.com

“…its soul is firmly in the sensibilities of its filmmaker, French master Claire Denis, who mines the genre for a deeply sensorial and moving portrait of the misery and horror parents are willing and perhaps responsible to endure so their children might not have to.” – Josh Lewis for The Film Stage

“the extraordinary, difficult, hypnotic, and repulsive “High Life” doesn’t give a damn about physics, and not just in the way that bodies tumble wrongly out of airlocks and nobody seems to spend a moment of their day engaged in cosmic problem-solving. In the science fiction of Denis’ forbiddingly austere and audacious imagining, the science is biology: Out here, we are not made of stars but of blood, hair, spit and semen.” – Jessica Kiang for Variety

“It’s a movie which returns this film-maker to the realist mob world of his 2008 film Gomorrah, but which goes further than that picture in explaining the toxic emotional inadequacy of gangsterism – its brutality, its sycophancy, its pusillanimity, its craven addictions.” – Peter Bradshaw for The Guardian

“Fonte does so much here just with his face and eyes: we see a good man, a dreamer, gradually brutalised by despair. Perhaps the most impressive thing about a hugely impressive exercise in directorial control is the fact that we come away from an intensely violent film, a film where bones crunch and blood smells, touched by pathos and a strange sense of hope.” – Lee Marshall for Screen International

“The surrounding ghost town, the ghostly coast and Nicolaj Bruel’s rusted cinematography lend an even greater poignancy to Garrone’s very Shakespearean tragedy, and usher in a discombobulating and surreal final act.” – Tara Brady for The Irish Times

“Plunging viewers into an extended dream sequence in the name of abstract motifs such as memory, time, and space, the film is a lush plotless mood-piece swimming in artsy references and ostentatious technical exercises, with a star (Tang Wei, “Lust, Caution”) as decoration.” – Maggie Lee for Variety

“That gimmick might sound neat on paper, but it reaches a new level of cinematic intrigue as an immersive experience, unfolding within a surreal context that combines technical wizardry with high art. The unexpected love child of Wong Kar-wai and Andrei Tarkovsky, “Long Day’s Journey Into Night” transforms from a lush, slow-burn pastiche to an audacious filmmaking gamble while maintaining the pictorial sophistication of its earlier section. It’s both languorous and eye-popping at once.” – Eric Kohn for IndieWire

“It’s remarkable and perplexing that a landmark work such as director Bi Gan‘s latest film, “Long Day’s Journey into Night,” is not part of this year’s official competition at the Cannes Film Festival. The mezmerizing, mysterious film, an indisputably great one, is coming off the heels of the equally otherworldly 2014 film “Kaili Blues,” but this sophomore effort is a game-changer of the highest order.” – Jordan Ruimy for ThePlaylist