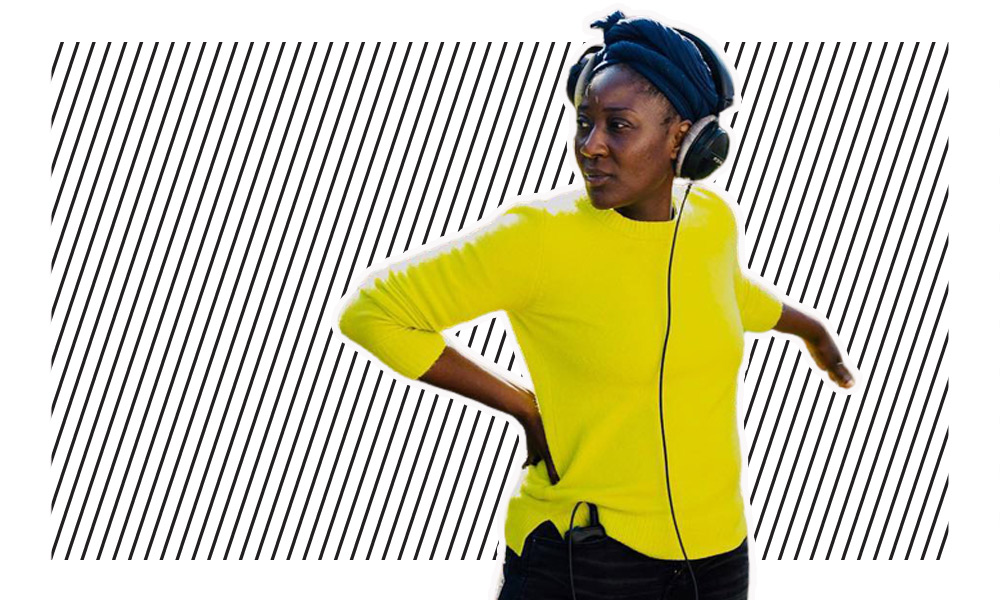 Ellie Foumbi’s Our Father, the Devil (Mon Père, le Diable) is an exceptionally haunting, masterful film. A highlight from both Venice (a Biennale College Cinema selection) and this year’s Tribeca Film Festival, this tour-de-force is destined for indie awards recognition.

Part psychological thriller, part spiritual journey, part cathartic experience, Our Father defies characterization. Foumbi’s script follows the entanglement of two African refugees, Marie (mesmerizing Babetida Sadjo) and Father Patrick (otherworldly Souleymane Sy Savane); despite an unspoken connection to a bloody past, they’ve built new lives in a tranquil French mountain town. A study in contrasts, the film poses profound questions: Where to draw the line between past and present, fear and faith, guilt and forgiveness, the Devil and God? Do we all deserve a second chance? Writer/director Foumbi avoids easy answers. Instead, she gives us purgatory: the characters are stuck between past and present; lines are blurred between victim and oppressor; the film refuses to moralize.

Produced by Joseph Mastantuono (producer of Miles Joris-Peyrafitte’s As You Are), Our Father, the Devil is set in his hometown, Bagnères-de-Luchon—a mystical village lost in the Pyrenées and time itself. And the contrasts continue: Tinx Chan’s camera captures dreamlike imagery with economical precision. Landscapes are obscured by smoke and mist; action unfolds in long takes with spare movement; characters are reflected in windows and metal, underscoring their double lives. With echoes of Ousmane Sembène’s Black Girl (1966), Our Father, the Devil offers a modern-day fable where redemption matters even more than refuge. Much like the trauma harbored by so many refugees, this powerful film leaves an indelible mark on the viewer.

I had the chance to speak to writer/director Foumbi and producer Mastantuono: we discuss visual style, genre-bending storytelling, social impact and lessons learned.