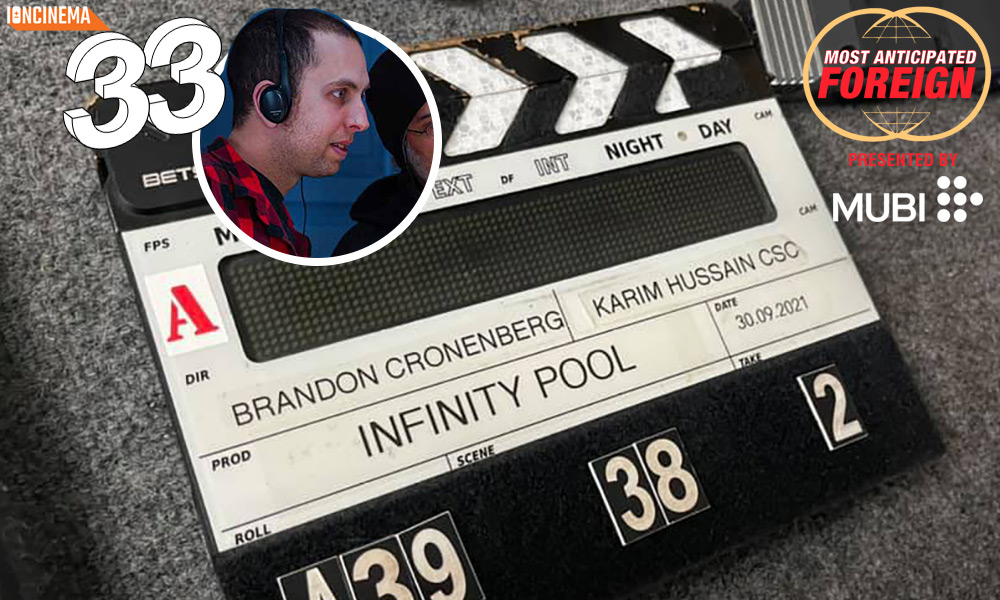 As we learned late last year, cinephiles can now expect Cronenberg riches from not one, but three sources. Sprinkling his filmography with a generous amount of shorts, Brandon Cronenberg took his namesake but found his own niche space in the horror sub-genre. After Cannes’ Un Certain Regard selected Antiviral (2012) and Sundance preemed Possessor (2020), the next project among items in development to push forward was Infinity Pool – a project delayed by the pandemic but that eventually began in the fall of 2021 in Croatia and then, Hungary. Toplining we have Alexander Skarsgård, and once again Cronenberg teams with trusted cinematographer Karim Hussain. The project found some early backing from the Neon folks – and is produced by Karen Harnisch, Andrew Cividino, Noah Segal, Christina Piovesan and Rob Cotterill. M. Night Shyamalan’s Old this is not.

Gist: This follows James (Alexander Skarsgård) and Em (Cleopatra Coleman), who are young, rich, in love, and on vacation. Their all-inclusive resort boasts island tours and gleaming beaches. But outside of the hotel gates waits something much more dangerous and seductive, beyond the edge of paradise.