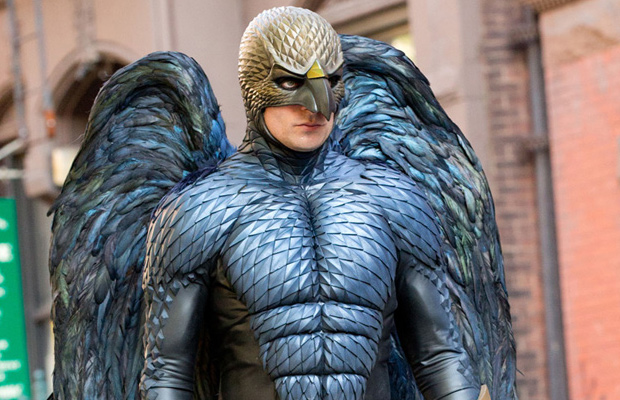 Since Amores Perros, Iñárritu has made very “calculated” film narrative choices with a foursome of films (21 Grams, Babel, Biutiful) that bury viewers in psychologically heavy/mental breakdown territory. Even his short films are enough to put us on anti-depressors. For his fifth time out, the anguish comes measured in a comedy noir packaging with an ensemble cast we’d normally never associate with the filmmaker, of course with the exception of  Naomi Watts who broke down like an ace in 21 Grams fame. We’re curious in witnessing how Alfonso Cuaron’s DP Emmanuel Lubezki works with this Mexican helmer.

Gist: A.k.a The Unexpected Virtue Of Ignorance, this tells the story of an actor (Keaton) – famous for portraying an iconic superhero – as he struggles to mount a Broadway play. In the days leading up to opening night, he battles his ego and attempts to recover his family, his career, and himself.

Release Date: Filming began last April, and so this will have benefited from a wealth of post-production time and will be ready for a major film festival playdate. Iñárritu has been a regular at Cannes since Amores, as a Main Comp title it would not look out of place.