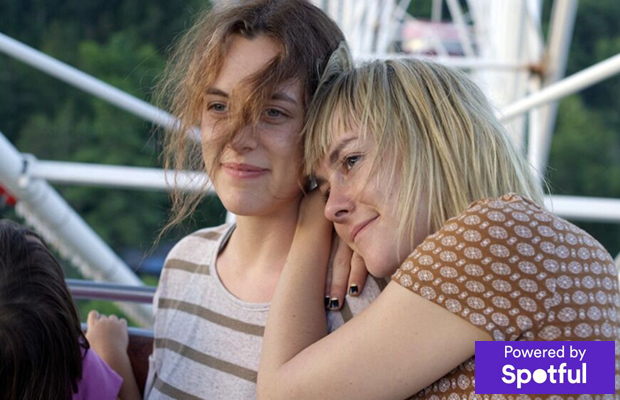 Sundance, Berlin, Venice and Toronto film fest programmers would all agree — there is a refined and fertile cinema chez So Yong Kim. In Between Days, Treeless Mountain and For Ellen yield high-end return on subtle emotional footprints. Joining forces with regular collaborators Jena Malone and Riley Keough, production on her fourth feature film began in December of 2014. So one full year to work on Lovesong conceivablely means that a return to Park City – same lieu where she won the Special Jury Prize at Sundance for In Between Days, and premiered For Ellen. is a strong possibility. Set in Tennessee, this is film that looks to be split into two chapters, this stars Jena Malone and Riley Keough in the leads with a supporting cast consisting of Brooklyn Decker, Ryan Eggold, Rosanna Arquette and Amy Seimetz.

Gist: This tells the story of Sarah (Keough) who, with her young daughter in tow, embarks on an impromptu road trip with her best friend Mindy (Malone). Along the way, the two friends’ deep feelings for each other develop into a surprising romantic connection. The only problem: Mindy is about to get married.