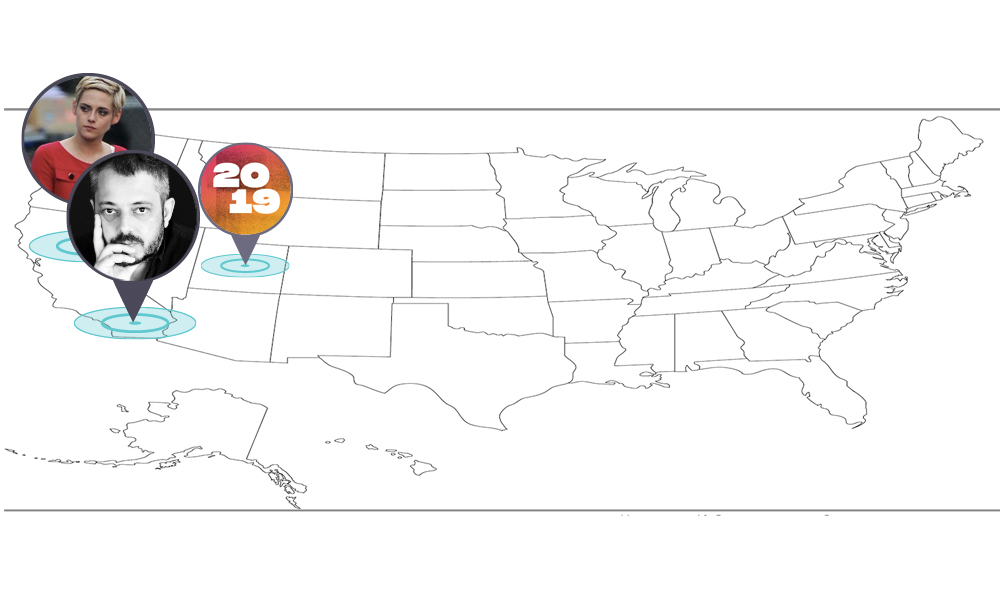 After making his debut entrance with Una (read our review), Australian theatre and filmmaker Benedict Andrews didn’t waste much time moving directly into his sophomore gig with the rather lofty project of Against All Enemies – which went into production May of this year. Andrews reteams with Cat On A Hot Tin Roof play point person Jack O’Connell, with Kristen Stewart taking on big screen duties of the iconic Jean Seberg. Zazie Beetz, Vince Vaughn, Margaret Qualley, Stephen Root, Anthony Mackie and Colm Meaney complete the cast. Mudbound‘s Rachel Morrison was onboard for cinematography duties.

Gist: Based on the screenplay by Joe Shrapnel and Anna Waterhouse, this centers on an ambitious young F.B.I. Agent named Jack Solomon (O’Connell) and the attempts by the FBI to discredit iconic actress Jean Seberg (Stewart) through its Cointelpro program in retaliation for her support of the Black Panther Party. Those efforts included creating a false story in 1970 that the child Seberg was carrying was not fathered by her husband, but by a member of the Black Panther Party. Mackie will portray a civil rights activist. Vaughn will play Carl Kowalski, the FBI agent in charge of the investigation.

Prediction: Acquisitions friendly Premieres category or they’ll wait for TIFF and Telluride as they did with Una.