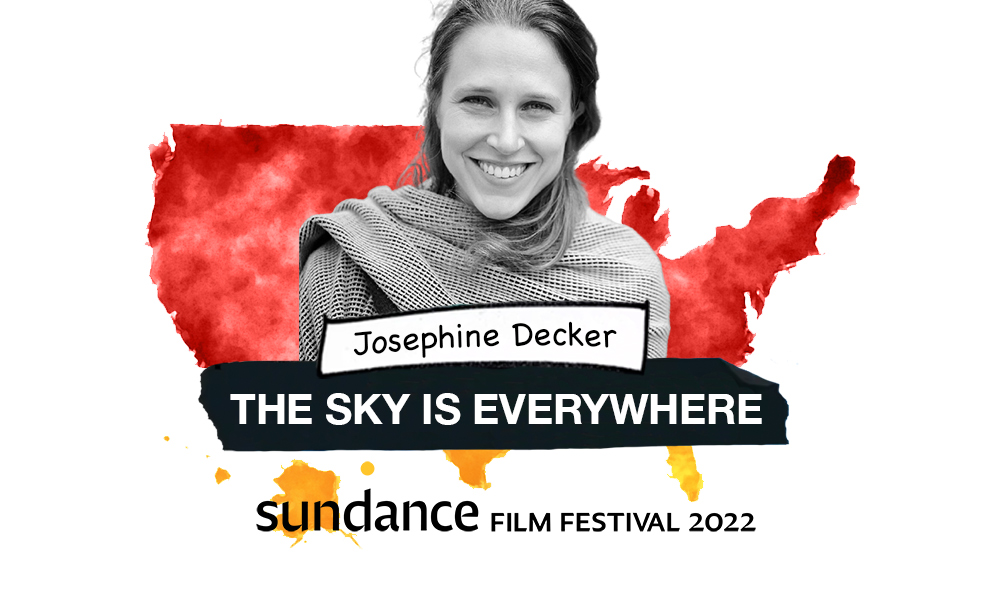 Confirming her status as a pillar of the new American indie film scene when 2020’s Shirley slayed at it’s Park City world preem, Josephine Decker made the shift from quirky micro films such as masterwork Madeline’s Madeline to bigger projects such as the one she shot in October of 2020. A project that was originally optioned by Warner Bros. in 2015 and then shifted to A24 and Apple TV+, The Sky Is Everywhere is an adaption of the YA novel — featuring Grace Kaufman in the lead and Jason Segel and Cherry Jones as supporting players. She teams up with Cinematographer Ava Berkofsky (Share) for a journey into loss and love.

Gist: This follows Lennie (Kaufman), a teen who is working through the loss of her sister Bailey. Her journey includes accidentally falling in love.