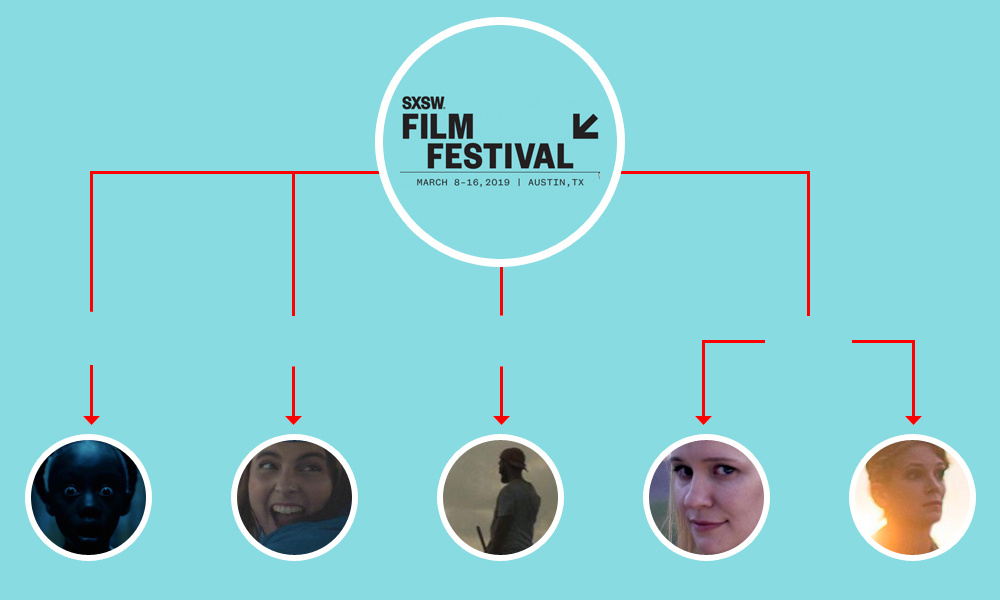 SXSW’s 2019 competition was dominated by talented women. Happily, this best-of-fest list contains several of their narrative achievements—plus two highly recommended out-of-competition docs. One caveat: this list does NOT include entries from SXSW 2019’s Documentary Competition. The exemption does not imply lesser quality, but rather a lack of eyes; check out those we missed and let us know what you think!

Intimate and uncompromising, Pahokee is Patrick Bresnan and Ivete Lucas’s documentary follow-up to their numerous acclaimed short films about a community in rural Pahokee, Florida. The filmmakers wisely avoid imposing their presence: not a single title or statistic mars the narrative flow (we don’t even learn the town’s population until near the end of the film)—and their existing relationship with the town adds a warmth of character often missing in traditional docs. Even better, their vérité footage allows for powerful subtext: a shot of an all-white crowd from another town cheering on the opposing football team; a playground Easter egg hunt next to the scene of a drive-by shooting. The story is stronger for the details left out. At times, lack of context makes Pahokee a harder read, but the end result is far more rewarding: private, personal, far from Hollywood. We are both richer and wiser because the people of Pahokee have trusted us with their truth.

Much like this year’s AOC documentary, Rachel Lears’ Knock Down The House, David Modigliani’s HBO original Running with Beto picks a subject so compelling that it can’t possibly fail. As far as political-campaign docs go, this film is relatively by-the-numbers—but what it lacks in structural originality is more than made up for by its characters. Modigliano chose his subjects well: not just Beto, but the unknowns who surround him—including a few Texas locals who round out the perspective. Vulgar feminist Shannon Gay (a true nasty woman) and republican-turned-democrat Amanda Salas are particular stand-outs. Plus, Beto’s family helps: among those who humanize the film’s political themes is his son, Ulysses, chiming in with wise-beyond-his-years commentary. Compared to AOC, the ending of Running With Beto is obviously a downer, but it’s still deeply imbued with hope, and its own call to action. Frankly, this doc demands a sequel—but viewers and subjects alike will have to do the work IRL before another film can come out.

Annabelle Attanasio’s Mickey and the Bear is a haunting father-daughter portrait, raw and effective with a fresh feminist spin. Father Hank (tortured James Badge Dale) is an Iraq vet struggling with opioid addiction; daughter Mickey (world-weary Camila Morrone) is on the cusp of womanhood, torn between the world beyond her hometown and her needy, deadbeat dad. Sympathetic supporting roles by Calvin Demba and Rebecca Henderson help smooth Hank and Mickey’s rough edges. Beyond the people, the off-the-map setting of Anaconda, Montana is a character in and of itself: a forgotten mining town that turns Mickey and the Bear into a microcosm of national issues. Controversial topics are tackled with grace and poise; incendiary performances add further depth. Occasional music-laden, style-heavy moments—balanced by poignant details like an out-of-focus hat—underscore Attanasio’s careful attention to her characters’ headspace. In sum, this film expertly plumbs the deeper wells of the human psyche, without ever straying from mainstream relatability.

Josephine Mackerras’ Alice tells the story of a mild-mannered Parisian woman who becomes a sex worker to save her home. When Alice (the magnifique Emilie Piponnier) discovers that her husband Francois (the detestable Martin Swabey) has squandered their funds on prostitutes, she becomes one herself—not out of revenge, but as an act of self-empowerment, controlling her own fate by defying the males in her life who, until then, controlled her. This devastating film is formally restrained but emotionally unbound: almost every worst possible outcome occurs before the film’s reassuring climax. Impactful performances by Piponnier, Swabey and Chloe Boreham (as Lisa, Alice’s sex-worker mentor) are central to this microbudget study in gender stereotypes—as is the heartfelt heft of writer/director Mackerras. Alice will leave male viewers rattled, guilty on behalf of their gender’s hypocrisies, and female viewers both reaffirmed and exhilarated.

Saint Frances is a compelling, assured debut, written by and starring Kelly O’Sullivan as Bridget, directed by her real-life partner Alex Thompson. When we meet her, Bridget is a waitress: 34-and-counting, single and reading Harry Potter for the very first time. Dissatisfied with her server gig, she signs on as nanny for six-year-old Frances—and soon discovers that she hates kids. What might be another saccharine indie about learning to cherish motherhood turns into an anti-patriarchal riff on menstruation, abortion and other touchy topics. This film is far from simple: in a welcome spin on the nuclear family, Frances’ parents are lesbians; ultimately, Bridget becomes the little girl’s third mother. O’Sullivan is a strong writer. Where other movies are preachy, Saint Frances is subtle and character-driven—a fusion of rom-com cheer, painful drama and actual worldly wisdom.

Tyler Nilson and Michael Schwartz’s The Peanut Butter Falcon is a refreshingly sincere, unexpectedly funny raft-trip movie set in a contemporary ode to Mark Twain’s south. Instead of Huck and Jim, our mismatched traveling companions are newcomer Zack Gottsagen—a fictional orphan with real-life Down syndrome—and Shia LaBoeuf, a fictional criminal with real-life arrests. Twain wrote that when “a sound heart and a deformed conscience come into collision, the conscience suffers defeat”; The Peanut Butter Falcon lives up to its master’s adage. But don’t let the literary allusion fool you: also like Twain, this film takes a lighthearted, satirical stance against entrenched attitudes. Nilson, Schwartz, Gottsagen and LaBoeuf keep their film down-to-earth without preaching, delivering an unapologetically sunny comedy, rich with laughter and full of heart. Read my full review: here.

Olivia Wilde’s directorial debut Booksmart is a Gen Z coming-of-age anthem that will surely join the ranks of Clueless and Superbad in high school movie history. Emily Halpern and Sarah Haskin’s witty blacklist script from 2009 has been updated; Wilde shows a knack for clever comedy. Their heroes are two token BFF nerd-overachievers: Molly (Beanie Feldstein, fittingly Jonah Hill’s real-life sister) and Amy (Justified’s Kaitlyn Dever). Having spent their teenage years in the library, the girls use their last night before graduation to make up for lost time. Sound like Superbad? The similarities actually feel intentional: finally, girls get to share unfiltered thoughts on vaginas and scissoring. There’s an ensemble cast with too many fun roles to name—plus a lesbian romance devoid of male gaze. But even so, Booksmart is a film for all genders: fleet-footed and truly hilarious.

In the best possible way, Us feels like a Jordan Peele movie: a cinematic Rorschach test that calls our deepest, darkest subconscious fears to the surface. It’s also a delightfully lucid nightmare—so good that, like a recurring dream, we feel compelled to revisit each grisly frame. Peele pits his titular group—actors, audience and himself, i.e., Us—against our worst selves, an exercise in self-reflection by way of home invasions, chase scenes and stab wounds. With a familiar blend of humor and heart-stopping engagement, Us sidesteps a Get Out sequel and chooses to go deeper. The result is bigger, scarier and subversively political, replete with razor-sharp metaphors (class issues, xenophobia & more). This is a film that will haunt you, and make you think. As for Jordan Peele, it solidifies his status as a true auteur: a king of crowdwork, a sage of scares, and a brilliant artist who clearly has much more to say. Long after the credits roll, the roar of the crowd lingers—a chilling reminder of the animal instincts that live just below our own surface. Read my full review here.
Continue Reading
Advertisement
You may also like...
Related Topics:2019 SXSW Film Festival, Alex Thompson, Alice, Annabelle Attanasio, Booksmart, David Modigliani, Ivete Lucas, Jordan Peele, Josephine Mackerras, Michael Schwartz, Mickey and the Bear, Olivia Wilde, Pahokee, Patrick Bresnan, Running With Beto, Saint Frances, The Peanut Butter Falcon, top-stories, Tyler Nilson, Us