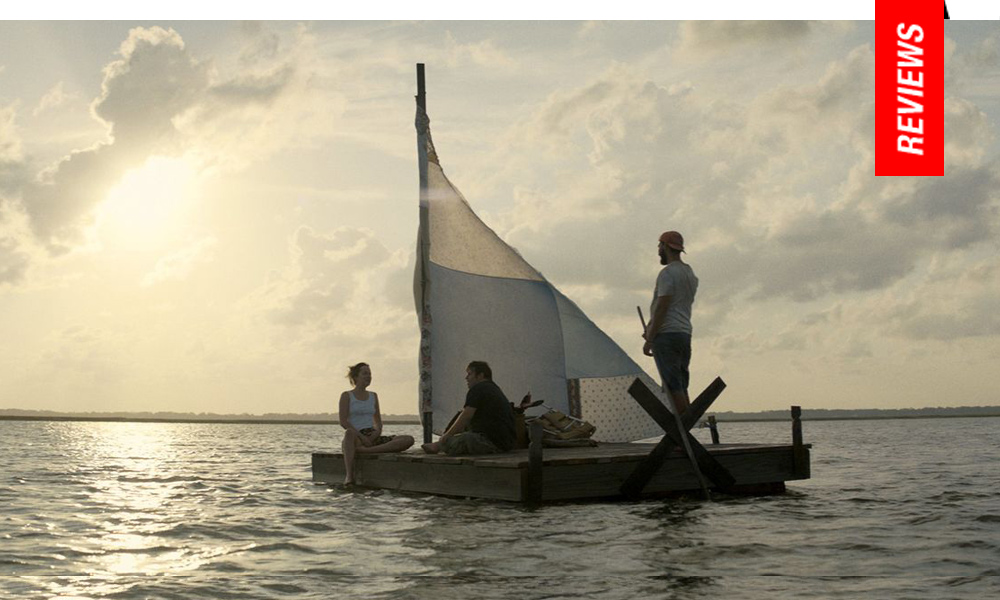 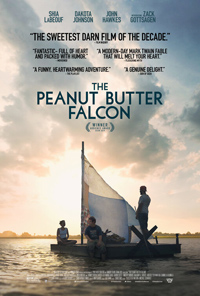 Tyler Nilson and Michael Schwartz’s The Peanut Butter Falcon is a refreshingly sincere, unexpectedly funny raft-trip movie set in a contemporary ode to Mark Twain’s south. Instead of Huck and Jim, our mismatched traveling companions are newcomer Zack Gottsagen—a fictional orphan with real-life Down syndrome—and Shia LaBoeuf, a fictional criminal with real-life arrests. Twain wrote that when “a sound heart and a deformed conscience come into collision, the conscience suffers defeat”; The Peanut Butter Falcon lives up to its master’s adage. But don’t let the literary allusion fool you: also like Twain, this film takes a lighthearted, satirical stance against entrenched attitudes. Nilson, Schwartz, Gottsagen and LaBoeuf keep their film down-to-earth without preaching, delivering an unapologetically sunny comedy, rich with laughter and full of heart.

The set-up is formulaic, but the characters are bona fide. It was Gottsagen’s real-life zeal that inspired Nilson and Schwartz’s screenplay; as an actor, he is guaranteed to melt hearts. Gottsagen plays Zak, an escapee from an old folks home who dreams of pro-wrestling. His foil is LaBoeuf’s Tyler, a petty thief with a murky backstory, on the run from redneck rivals. Their third wheel is Dakota Johnson’s Eleanor, Zak’s former aide, doggedly chasing her patient into the bayou. As their journey gathers steam, their camaraderie—and the film—ignite. Watching these characters develop their rapport is a treat: Gottsagen bushwhacks LaBoeuf with unpredictable humor; grizzly LaBoeuf turns soft and tender; Johnson is reluctant, but gets sucked in. Fun cameos include Bruce Dern, Thomas Haden Church, the real Jake “The Snake” Roberts, and the typically-underused Jon Bernthal.

Cynics beware: those who value irony over sincerity—including fans of the recent too-cool-for-school Velvet Buzzsaw—may balk at this film’s full-hearted embrace of humanity. But even the hardest-edged critics will be caught off-guard by Zak, whose big laughs hint at bigger questions: when did we become so obsessed with irony that we sneer at guileless candor? Are we really protecting ourselves by deflecting genuine, heartfelt emotions with sarcasm? More Forrest Gump than Undertow, and much like Gottsagen himself, The Peanut Butter Falcon is sweet, unpretentious and unexpectedly profound, encouraging moral introspection and personal growth without entering cornball, groan-zone territory. Logically a fantasy but emotionally realistic, this deep-south parable dares you to believe: in both Zak’s untapped potential, and the validity of your own wildest dreams. Idiosyncratic and honest to a fault, this surprisingly inspiring odyssey transforms indie clichés into wisdom and social misfits into undeniable heroes.