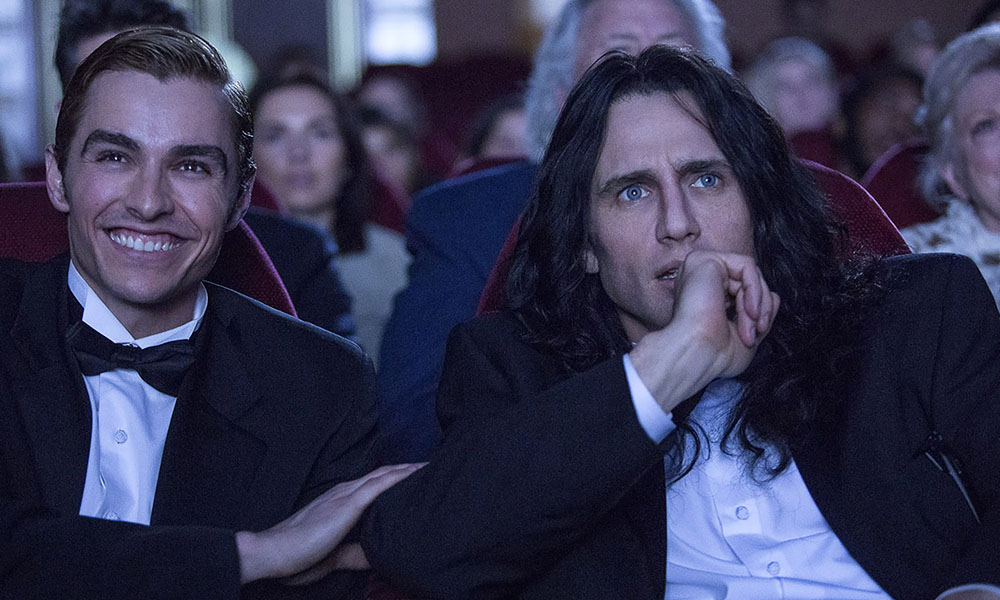 Winner of the Best Actor award at the Gothams, there is a legit chance that James Franco might end up with another nom for the popularity vote known as the Oscars. With tremendous buzz, the first screening goes all the way back to the beginning of the year with the Work-In-Progress showing at SXSW all the way back in March. He officially unveiled The Disaster Artist at TIFF for the much hyped world premiere screening.

Midnight Madness crowds ate this up, and with good reason, the the pre and post screening Q&A at the Ryerson was an event in itself. In what could have easily been mistaken as a coming out party for Tommy Wiseau, this was in fact a bigger deal for Franco. The film placed second in Toronto’s People’s Choice Awards for the section, and less than a couple of weeks later, took the top prize, the Golden Shell, at the San Sebastian. A24 have a hit on their hands (December 1st release). Here is the premiere night footage.