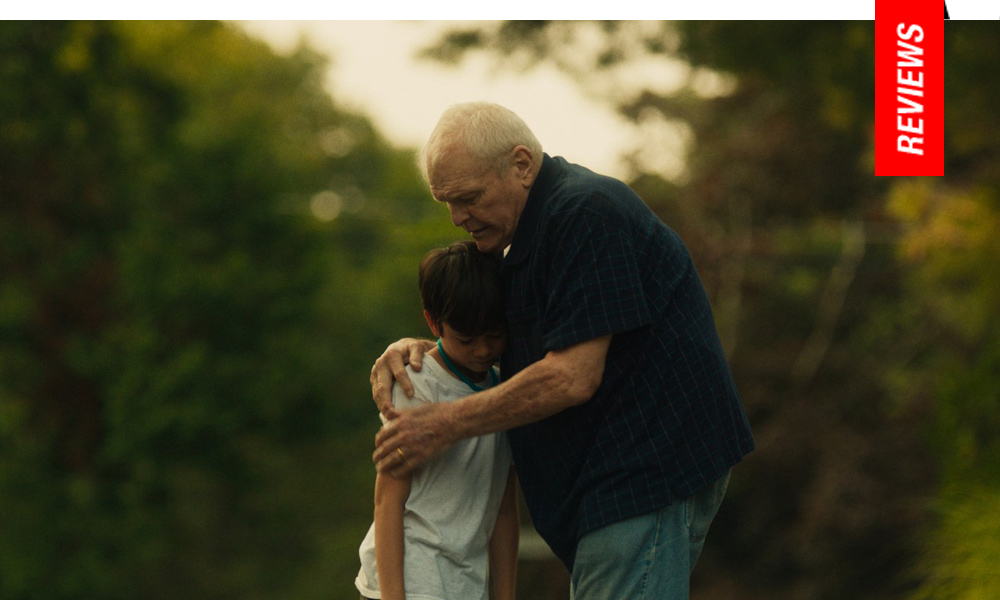 This Small Town: Ahn Aims for the Heart in Soulful Suburban Drama

Death acts as impetus in cinema, and in some cases characters must deal with what the dearly departed has left behind. Driveways is one of these stories, and finds its melancholic rhythms in the everyday humdrum of the Hudson Valley’s neighborhood streets. Along the lines of Kogonada’s Columbus and Ira Sach’s Little Men, as a quiet meditation on death, and from it, the blossoming of new friendship, Andrew Ahn’s follow up to Spa Night is in fact written by the team of Hannah Bos and Paul Thureen, and the triumvirate of voices is beautifully expressed on screen through a diverse and talented cast.

Hong Chau (known for her over-the-top performance in Downsizing), bites into a more serious (and agreeably accent-less) role of Kathy; sister to a recently deceased hoarder, and mother to a shy nine year-old boy named Cody (Lucas Jaye). They have come to take stock of the house that was bequeathed to her. Del (Brian Dennehy) is the next-door neighbor and a Vietnam veteran. His presence is foreboding at first but it becomes clear that he’s a harmless and lonely old man. Cody has trouble making friends his own age, and so he warms up to ol’ Del instead. Cody’s birthday gathering at a loud and lively roller-rink turns into Bingo at the senior center—definitely one of the most low-key afterparties in recent memory.

And the film remains low-key throughout. We sense that Cody, and perhaps Ahn, may have old-soul tendencies behind their youthful faces. Though by the end Cody does bond with a few of the nicer children through a shared interest in Manga. Much like Elsie Fisher’s Kayla in Eighth Grade, Jaye’s shyness feels authentic and not put-on by a confident child actor. The minor chords Ahn plays throughout pay off, as such in a scene where the rowdy neighbor boys set off fireworks outside Cody’s house, initially startling him and Kathy, but quickly turning the moment into a scene of delight as they marvel at the light display. Ahn juxtaposes this with Del’s reaction—flashes of PTSD from wartime, but it’s subtle. Nobody ‘freaks out’ in Driveways, and Ahn is wise to avoid melodrama.

Reteaming with Ki Jin Kim (Spa Night), the cinematography is well crafted, particularly a side by side shot of porches—Cody on his aunt’s porch talking to Del on his. But the film is really elevated by the screenplay. Bos and Thureen have been writing together for a decade, mostly in the theater world, and some television. Their first feature-length screenplay shows off their collective ear for dialogue and their patience to truly explore a place without the final product feeling like a chamber piece. The unseen ‘dead cat’ is a memorable flourish a more impulsive filmmaker may have left out. The film is mature but not heavy, slow but not tedious. It captivates in its own soft-spoken way. Well calibrated and finely formed, Driveways should make an indelible mark on this year’s art-house scene.