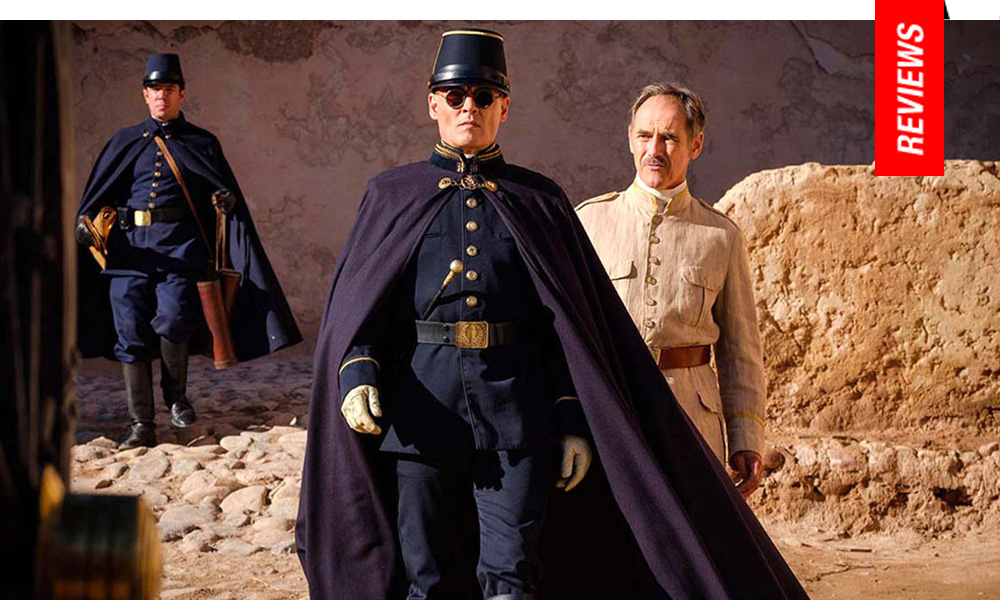 Waiting for the Barbarians | Review

Enemy at the Gate: Guerra Heads to the International Frontier with Flat Coetzee Adaptation 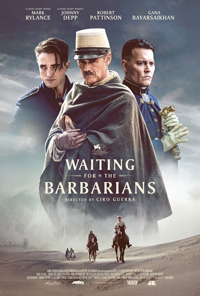 The richness and heft of Ciro Guerra’s cinema gets lost somehow along the trip to J.M. Coetzee’s border of the Empire, with the Embrace of the Serpent and Birds of Passage director failing to make an equally strong impression in his first English-language film. Waiting for the Barbarians enlists Coetzee on screenwriting duty for the first time, prompting the Nobel laureate to adapt his own 1980 novel into a mostly faithful but toothless script. Mark Rylance’s central performance anchors the story and gives it much-needed texture, while Johnny Depp’s one-note, uptight villainy doesn’t even spill out from behind a pair of frowny round sunglasses. In its film version, the story remains a compelling study of anti-imperialism, conveniently made universal by its lack of geo-historical connotations, but allegories this neat end crossing the border and vanishing without a trace.

Rylance is introduced as the Magistrate, presiding over his desert stretch of border at the edge of a huge Empire. Life away from the capital is harsh, but he maintains a jovial attitude, making soft-power and realpolitik the hallmarks of his rule. He gets out of the military barracks, respects and befriends locals in the village, and scoffs at the idea of mysterious ‘barbarians’ gearing up for an offensive against the Empire’s walls. As he puts it, ‘leaving well enough alone’ is the sum of his strategy, which is upset by the arrival of Colonel Joll – a blunt, fascist-looking representative of a police branch of the Empire. ‘Probing for the truth’ by way of torture and prevarication, he quickly brings on the turmoil and instability he was supposed to prevent.

Originally meant in the novel as an allegory of Apartheid South Africa, shot in the sun-drenched desert of Morocco, populated by East Asian indigenous groups, and sprinkled with colonial and fascist-era references in its military organization and costumes (superb in its mixing of styles, fabrics and gear from practically all of 20th-century history), this is an intriguing world to delve in, but it’s hard to shake the feeling that our culture has caught up to its metaphorical insights in the decades since 1980. There was a time when a specific issue could be illuminated by approaching it indirectly through an abstraction, but in today’s global world, we have already become that abstraction. Guerra has built his success on ferociously grounded ethnography, making the particular rise to the level of the universal, and it’s puzzling to see him stumble here while trying to do the inverse. It remains a painfully topical story, but for all its efforts in shuffling the deck of our perspective, it ends up in a place of bland familiarity.

Chronicling the deterioration of social order through four seasons, Guerra’s heterogeneous production still finds pockets of poignant contradiction and socio-political analysis, especially in leveraging Rylance’s conflicted moral purity and deeply-rendered suffering to explore the less obvious effects of colonial devastation. In the Magistrate’s relationship with an indigenous woman who has fallen victim to Joll’s cruelty, Guerra interrogates the ambiguity of his obliviousness and entitlement, and the catastrophic consequences of his good intentions.

Those intentions are what incites a journey into indigenous territory, substituting the indoor flickering of torches and candlelight in Chris Menges’ cinematography for stunning vistas and strangely menacing landscapes out in the desert. As the precarious balance between interior and exterior crumbles down on the increasingly desperate characters, Guerra at least gets some jolts of deranged energy out of the proceedings, and while Depp disappears and Robert Pattinson shows up in a supporting role that’s not on par with his recent, similar work, only Rylance is left to contemplate the unraveling of his dominion.