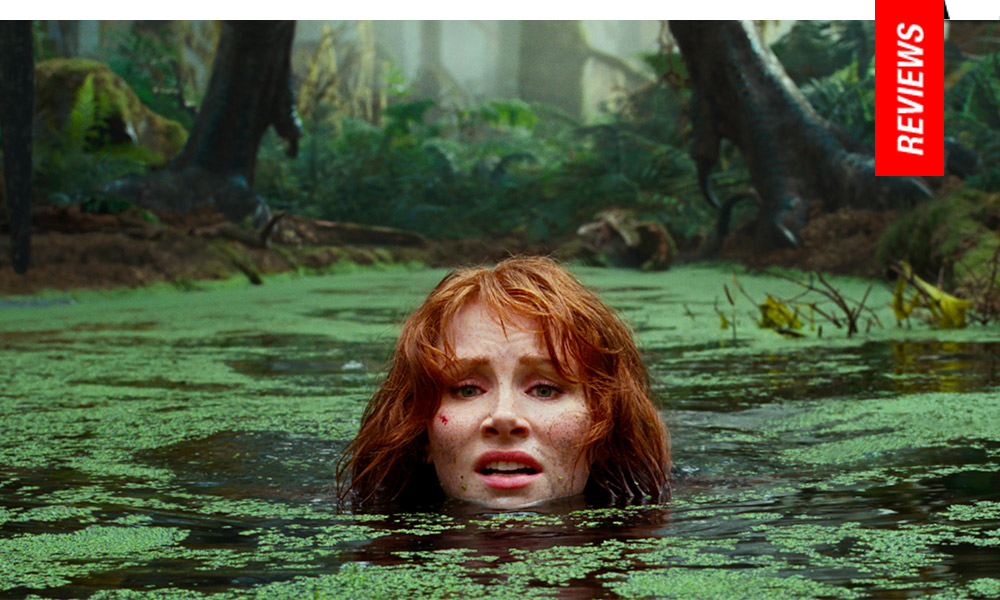 This World Is Not Enough: Trevorrow Goes Through the Motions in Extinction Level Event 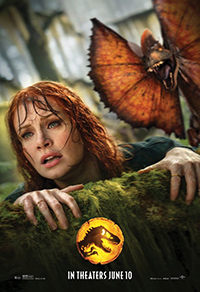 It’s neither the first nor the last time a toxic commingling of nostalgia and contractual obligation has ruined franchise filmmaking, but Colin Trevorrow’s Jurassic World Dominion, the third installment of the resurrected series, is a solid case study in tentpole mediocrity. While Trevorrow resumes the reins from his 2015 Jurassic World (read review) and 2019 short “Battle at Big Rock” (the 2018 entry, Jurassic World: Fallen Kingdom was equally underwhelming under the direction of J.A. Bayona), he’s tasked with mashing together the iconic legacy characters from Spielberg’s 1993 classic and the contradictory placeholders inanely flopping around in the derivative machinations of the new installments.

Although some original cast members are a sight for sore eyes, hobbled as they are in sharing screen time and storylines in an ensemble event which feels more Spielbergian in its familial motifs than the last two, nothing saves this last gasp of banality from a lackluster, vacuous conceit. Fans of the signature creature-feature sentiments can look forward to some moments of special effects laden narrative, but this is a far cry from the wonder and magic generated in the first adaptation of Michael Crichton’s novel.

Following the end of the last film, escaped dinosaurs of Isla Nublar wander freely across the Earth, leading to a growing strain of black market dealings despite global governmental endeavors to round up the creatures and transport them to a private island compound run by Biosyn Genetics CEO Lewis Dodgson (Campbell Scott). However, it appears the dinosaurs pale in comparison to more troubling developments on the horizon. As a cluster of ravaging mutant locusts decimate American crops, paleobotanist Dr. Ellie Satler (Laura Dern) seeks the assistant of her old colleague, paleontologist Dr. Alan Grant (Sam Neill). She believes the locusts were bioengineered by Biosyn so the company can control the food chain, and she aims to get a DNA sample from the company’s lab thanks to an invitation from their mutual friend Dr. Ian Malcolm (Jeff Goldblum), who lectures at Biosyn. Meanwhile, ethologist Owen Grady (Chris Pratt) has been living in isolation with his girlfriend Claire Dearing (Bryce Dallas Howard) and their adopted daughter Maisie Lockwood (Isabella Sermon), who is struggling with her identity as a clone. When a group of rogue agents kidnap both Maisie and Beta, (the offspring of the velociraptor Blue, living in the wilderness outside of Owen and Claire’s home), they track her to Biosyn, where Dodgson and geneticist Dr. Henry Wu (BD Wong) are keen on examining them to determine a way to stop the uncontrolled strain of locusts they’ve developed. However, these corresponding factors topple the fragile ecosystem established at Biosyn, and soon everything descends into chaos. 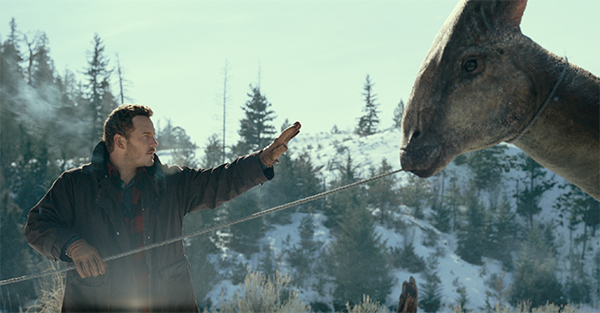 What’s so frustrating about Emily Carmichael and Trevorrow’s screenplay is how egregiously pandering it seems, a harlequin romance of fan fiction angles desperate to recreate the playful human tensions between Sam Neill, Laura Dern and Jeff Goldblum from their first iterations. While Goldblum’s customary fussiness succeeds as comic relief, it’s often at the expense of highlighting how silly the Chris Pratt/Bryce Dallas Howard motivations are. Try as Neill and Dern might, with all their charm and screen presence, they’re also not able to overcome the routinely formulaic thrust of the script, pitting isolated humans against haywire dinosaurs, jettisoned to a denouement where apex predators are so distracted by their instinctual drive for dominance all the well intentioned characters are able to save themselves and live to die another day.

Some new nefarious characters played by Dichen Lachman and Scott Haze are mere ciphers for one of the film’s most well choreographed chase sequences in Malta, where Omar Sy also pops up with little to do. Although Ang Lee conjured something more kinetically astounding in a similarly staged segment in Gemini Man (2019), there’s initial promise until we’re trapped in the Biosyn headquarters, where Campbell Scott shows up to chew scenery as the resident omnipotent misanthrope.

Despite the welcome screen presence of both DeWanda Wise and Mamoudou Athie, they’re both demeaned by characterizations set on self-sacrifice, like altruistic robots without any kind of self preservation instincts. With a narrative forced to adhere to the elements of a previous accent regarding Isabelle Sermon’s Lockwood angle, experiencing the usual ramifications of clone anxiety (Bayona’s devotion to Geraldine Chaplin allows for the actor as a bizarre focal point), everything starts to feel really silly with the makeshift family formed by Pratt’s Owen Grady and Howard’s Claire Dearing. Both characters have been recycled with contradictory elements for the confused needs of the franchise, rivals who became lovers who have no chemistry in any combination.

As is customary, a new made up dinosaur finds itself conveniently written into this film’s fabric, but at this point, Jurassic World has basically morphed into Godzilla territory, only with yokai who are often too confusing to tell apart. And while it attempts to showcase how genetically modified species will wreak havoc on any given ecosystem through the conveniently contained mutant locusts, for whatever reason, the film completely ignores how these errant dinosaurs would themselves cause the same sort of ripple effects (not to mention the unlikeliness of their ability to survive in wintry climes). At one point, the scientific thrust of Jurassic Park at least attempted to grapple with reality, but these latest cash grabs have become far too comfortable in flaunting tediousness, superficiality, and vapidity.