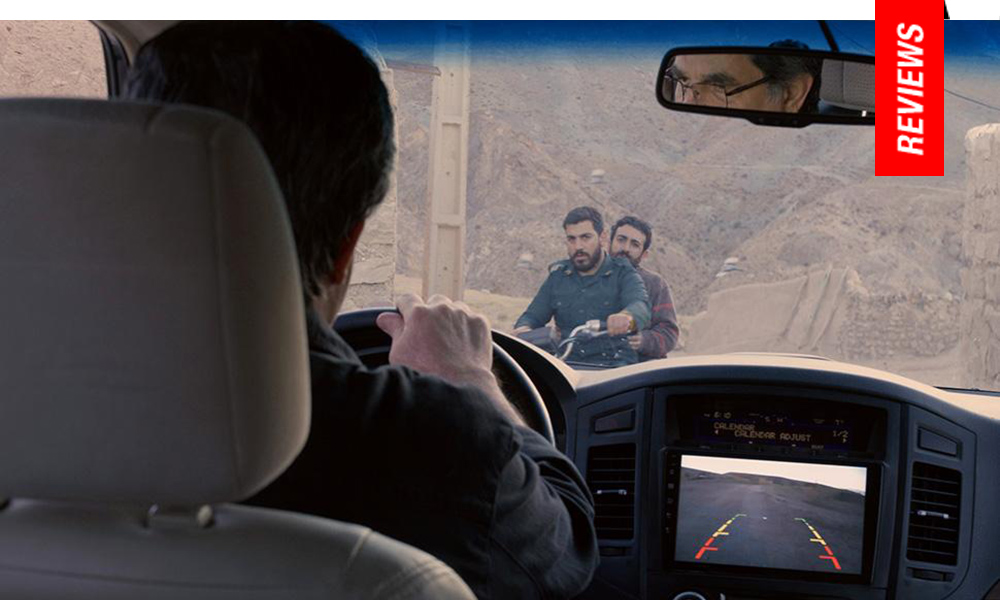 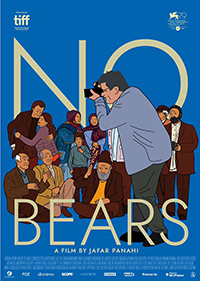 Borders and Boundaries and Bears, Oh My! The perpetually hobbled Iranian auteur Jafar Panahi continues to impress with innovative ways to pursue his craft despite being able to leave the country in No Bears, another meta textual endeavor in which he once again positions himself at the center of the narrative. In essence, his latest is really all about visibility defined by invisible forces dictating perceptions and parameters. Two parallel sets of star crossed lovers attempting to forge onward despite considerable restrictions unfold both in real time and in reenactment, both building to inevitable tragedy.

Panahi explores, through himself as a storyteller, how those who actively participate or whose lives are coincidentally intertwined in his craft of ‘seeing’ are invariably affected. But the real danger transpires in the periphery, whenever cameras aren’t around to record, suggesting cinema can be a catalyst but also a safety net.

Per usual with Panahi, it takes some time to orient oneself in the happenings of No Bears, arguably one of the director’s more complex endeavors. A couple attempting to secure fake passports in Turkey in order to flee to France eventually reveals itself to be a new project Jafar is directing from afar, stationed in a small border town, Jaban, Iran. While the internet is fickle, requiring his Assistant Director to drive footage over the border daily, the villagers descend into their own specific drama built around a potential picture Panahi took of two young lovers beneath a Walnut tree.

The young woman, Gozal, has been betrothed since birth to a man who’s none too pleased to see a disgraced university student return to the village to take her away. The photograph would allow the town sheriff to take legal action. The situation is worsened by Panahi’s exploration of the border just outside the village, an invisible line he legally cannot cross due to his own well publicized issues keeping him in the country. But his mere presence disrupts the clandestine operation of smuggled goods the denizens survive off of. The obsession with what Panahi might have captured in the photograph is reminiscent of Antonioni’s Blow-Up (1966), with its reflection of scandal threatening violence. Meanwhile, the Turkish couple appears to be starring in a reenactment of their own experiences fleeing together, but Zara (Mina Kavani) is triggered by a situation with the smugglers and the struggle to get her diabetic husband, Bakhtiyar, out of the country.

The camera gives and the camera taketh away seems to be a common thread in No Bears, with an initially amused Panahi increasingly irritated by the endless interruptions dictated by the specific traditions of the village, inadvertently placing himself in the center of a dilemma which spins out of control. The title is in reference to the dangers of certain areas and roads in the village, though these bears turn out to be just a story to scare people, as fear keeps most people in place, and those who know the truth have free passage. Its interconnected storylines have two distinctly different visual styles from DP Amin Jafari, with the village sequences resembling the tone of Panahi’s last feature, 2018’s Three Faces.

As self-referential as ever, No Bears conjures the innate contradictions of what cinema can do or be, recording a version of reality while at the same time grappling with the desire for some sort of authenticity as regards human experiences. But the camera has a way of distorting intention as well. Likewise, the potential trauma of cinema, both in its creation and consumption, is inherently a process of return, going back, seeing things again. At the end of the day, bears certainly aren’t the problem, whether they’re real or imaginary.

Reviewed on September 9th at the 2022 Venice Film Festival – In Competition. 106 Mins.