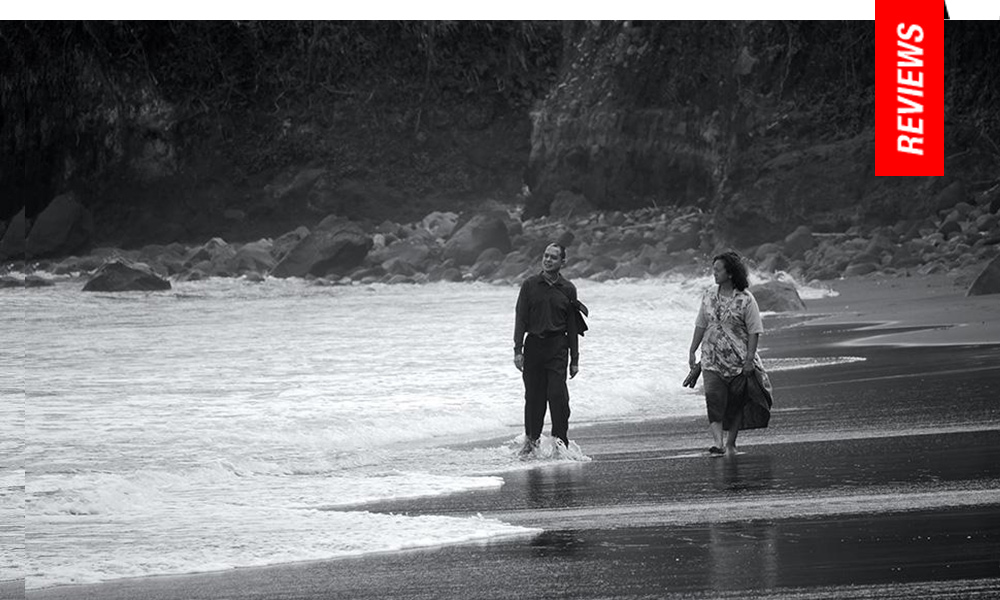 When the Waves Are Gone | 2022 Venice Film Festival Review

When Fair is Foul: Diaz Attempts Neo-Noir in Interminable Derivatives

In the twenty plus features Filipino auteur Lav Diaz has premiered over the past two decades, his latest, When the Waves Are Gone, might be his most economically auspicious venture as it’s his first international co-production. With a running time just passing the three hour mark, it’s also one of his least punitively designed films as far as running times go (though a core segment of his ardent followers seem to masochistically enjoy his punishing exercises in concentration).

A loose adaptation of The Count of Monte Cristo transposed upon the vicious ‘war on drugs’ campaign waged by President Rodrigo Duterte in 2016, Diaz once again dabbles in genre cinema spliced with his own particular brand of glacial scrutinizing. Like the skeleton of a classic noir vehicle, this film is a corpse picked clean of any satisfying genre morsels, languishing in the eternal turmoil of those caught in the crosshairs of political corruption. Diaz enthusiasts will likely find enough to cling to, but his latest suggests a penchant for sparseness perhaps never had anything to do with limited budgets in the first place.

Lieutenant Hermes Paparuan (John Lloyd Cruz) is the most revered investigator in all of the Philippines thanks to his track record in quelling the criminal element of his country, mainly the drug dealers pinpointed by the government as public enemy number one. However, the violent tactics utilized by the police force to stymie the drug trade has desensitized Hermes considerably, now a veritable shell of the heroic man he once was. As an increasingly undesirable skin condition takes over his body in a response to his on the job stress, he retreats to his childhood home to heal, reuniting with diabetic older sister Nerissa (Shamaine Buencamino). But an old colleague Hermes exposed a decade ago, Sgt. Primo Macabantay (Ronnie Lazaro) has suddenly been released from prison by the powers that be. Though somewhat of a changed man, Primo makes his way to Halya, taunting Hermes with thinly veiled threats to settle a score which took ten years of his life.

Dialogue has never been Diaz’s forte, but here it feels egregiously cringeworthy—in our introduction to Hermes’ older sister she crows, “You’re arguably the greatest Filipino investigator ever,” to which he responds, “How do you investigate God?” If these bits of swooning eye roll moments aren’t ruinous enough, Diaz seems to stop short of actually flying into the degradation and bizarre behaviors of Supremo Macabantay, who’s found religion in prison but likes to round up female sex workers for hotel room baptisms and dance sessions, where aggression sometimes creeps uncomfortably after we witness the accidental murder and embalming of one such lost lamb.

Rather than explore the psychosexual undercurrents a la the Anthony Perkins character in Ken Russell’s Crimes of Passion (1984), Diaz forges onward to the inevitable showdown between the two old cohorts, neither who are presented as human composites, at least enough to engage audience empathy, nor interesting enough to remember past the end credits. Hermes is basically a wan composite of Bad Lieutenant (1992), the corrupted powers of his office having warped him irredeemably, the scales of justice represented by the psoriasis spreading over his body like spiritual leprosy. He describes the tone of the the drug besieged streets as a ‘holocaust,’ warmly placating his lonely wife on the phone right before his Mr. Hyde dark side pops up and he brutally assaults two of his stoolies.

Illogically, Lt. Hermes Papauran seemingly can as he pleases, absconding to his childhood home in San Isidro until Macabantay eventually goads him out of his convalescence. Are humans able to exist in a world without strife, when the ripple effects caused by the strife of the waves has abated? So seems to be the Sisyphean doom of the noble, fallen Hermes, his joy and purpose tethered to a calling which has destroyed him. Cruz and Lozaro are both Diaz alums, and there’s nothing inherently wrong with their performances outside of a script which consistently seems to be making the most obvious choices for their individual scenarios.

Reuniting with one of his regular DPs, Larry Manda (A Lullaby to the Sorrowful Mystery; Norte, the End of History), the expectedly long takes transform Halya into a gloriously foggy netherworld as backdrop, like some kind of Bela Tarr nightmare populated by crooked cops who are fated to be destroyed by the contradictory masters they serve. While the production design and audio are well-attenuated in comparison to some of Diaz’s past films (such as the compromised audio track of his Golden Leopard winner, From What Is Before, 2014), the visual pleasures of this mise-en-scene are hollow victories.

Whereas Diaz’s dabbling in the format of a musical in 2018’s Season of the Devil felt like a certain novelty unto itself given the (often forgiving) flexibilities of this genre, his attempt at arthouse neo noir is irksome in its tiring earnestness, which slides into a somnambulistic form of camp. Diaz’s preferred methods instill a sort of meditative or hypnotic relationship with his visuals when his style complements the narrative, but noir is most successful when it’s playing into the subversive. Rather than the usual deconstruction which sometimes graces Diaz’s works, When the Waves Are Gone feels simply flattened out, like a slinky whose sexy coils have been stretched out to mark one, long, monotonous journey to a bitter, unavoidable finale. While less heavy-handed than Diaz’s last stint in Venice with the lugubrious 2020’s Genus, Pan (read review), it lacks the emotional conduits usually supplied by the women in his films, such as Golden Lion winner The Woman Who Left (2016) or 2013’s Dostoevsky flavored Norte, the End of History (2013).

Reviewed on September 5th at the 2022 Venice Film Festival – Out of Competition. 187 Mins.