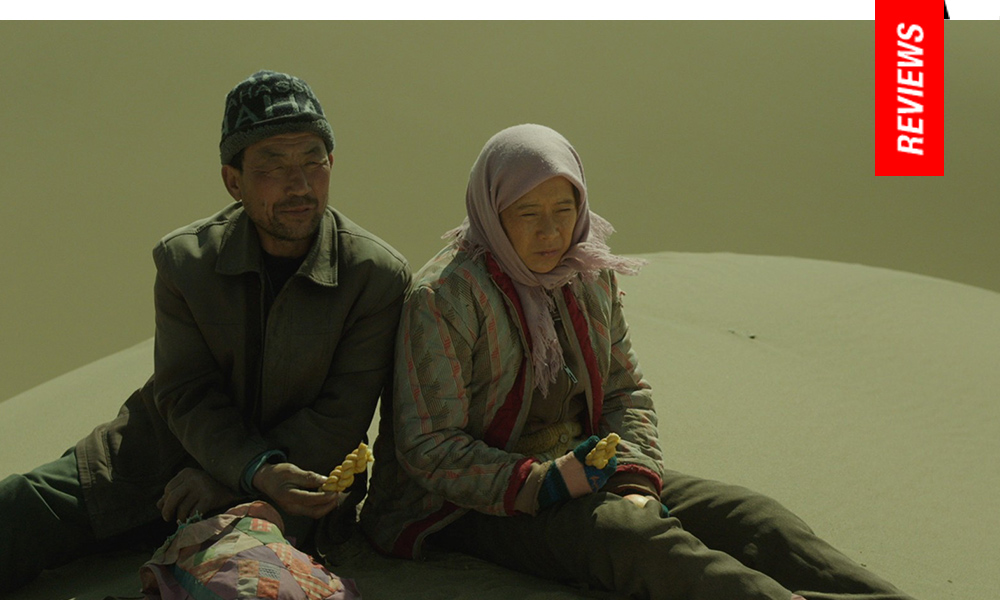 Director Li Ruijun returns to familiar themes in his sixth feature, Return to Dust, a touching odyssey concerning two woebegone people cultivating a relationship with each other and the land, once again taking place in his native hometown of Gaotai in the northern province of Gansu. A showcase for his regular collaborator Wu Renlin (who previously starred in Ruijun’s The Old Donkey and Fly with the Crane), it’s also a transformative role for celebrated actor Hai Quing. Together they anchor the film’s cathartic energies despite significant trauma and despair, and a tendency for the film’s metaphors sometimes feeling unduly pronounced. There’s a universal appeal to this love-despite-the-odds mechanism, seeing as we’ve seen countless portrayals across a variety of cultures, but Ruijun taps into the humanism which makes this film as potent as it is important in its depiction of kindness and survival.

Ma (Wu Relin) and Guiying (Hai Quing) find themselves in an arranged marriage as a way for both their families to offload them. Ma is incredibly reserved, a poor farmer who is the last member of his family to remain unmarried. Guiying is a physically disabled spinster, by rural China’s standards, defined by her inability to control her bladder and her infertility. Both of them are used to constant humiliation, but during their initial introduction, Guiying notices Ma goes out of his way to be kind to an abused donkey. Initially, their communication is limited as neither is used to someone who might possibly be interested in what they have to say. But intimacy blossoms after Ma is called upon by the town council to donate blood to an ailing wealthy citizen of their small town, seeing as he’s the only one with a matching blood type. As their relationship blossoms, they find their living situation compromised by the shifting landscape around them, where urbanization projects uproot them. 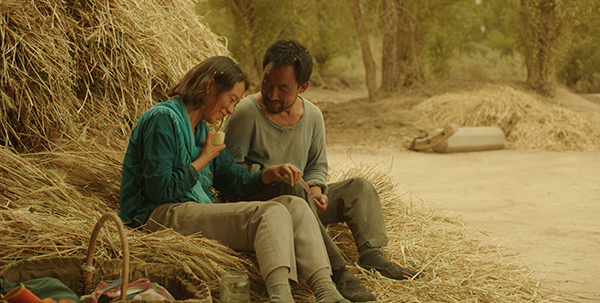 Return to Dust bears resemblance to several films, but Jan Troell’s 1974 film Zandy’s Bride comes to mind, in which Gene Hackman and his arranged marriage to Liv Ullmann morphs from a caustic battle of wills to a kind of begrudging loving through necessity and co-dependence. There’s a touch of that between Ma and Cao as they navigate their situation. Initially, Ma seems merely to tolerate Cao’s presence in his home, who clings to him almost like a child. She’s been the victim of considerable trauma, resulting in significant physical ramifications. She’s aligned, sometimes a but awkwardly, with an equally maltreated donkey, the obviousness of which sometimes distracts (the bleakness of something a bit more Bressonian, a la Au Hazard Balthazar, the supreme donkey-in-peril film, might have dispelled these forthright associations). But where Return to Dust excels is a as a scaled back portrait of humanity in ways reminiscent of Yasujiro Ozu’s masterpieces, and while the social landscape might be vastly different, there are shades of Tokyo Story energies here concerning a couple literally cast off my society and family as the world reshapes itself precariously around them.

This is Ruijun’s first collaboration with DP Wang Weihua, and the film itself is a gorgeous piece of cinema, whether showcasing a variety of landscapes or even the warmly lit interiors of Ma and Cao’s living spaces. Both quality and tone conjure early Zhang Yimou titles, and it’s no surprise Li Ruijun has become one of China’s most prolific independent filmmakers. Return to Dust navigates a simple story on an epically framed canvas, and like Pearl S. Buck’s The Good Earth contends “It was true that all their lives depended upon the earth.”