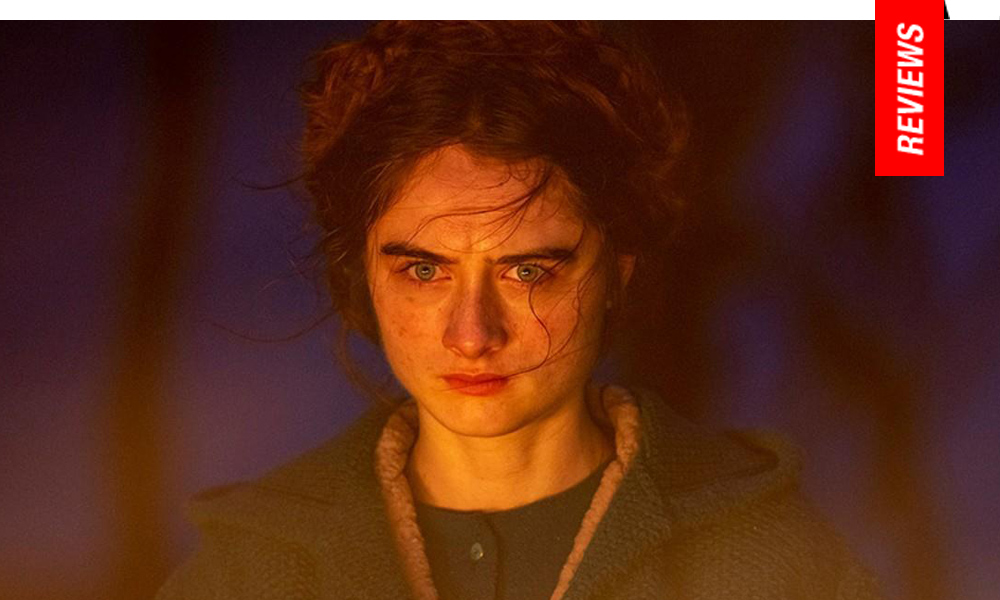 The Other Lamb | Review 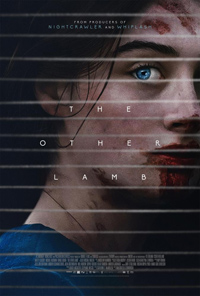 Cults seem to be making something of a comeback in popular film culture, which is beneficial considering they are all microcosms for any kind of organized religion. They also make for fascinating film subjects, usually all the more compelling thanks to a lack of exacting rules and parameters defining their beliefs beyond their devotion to the (usually) masculine deity or supreme leader. On the heels of Ari Aster’s web of complexities in Midsommar, Polish auteur Malgorzata Szumowska turns her macabre gaze to a similar scenario of women in the woods with The Other Lamb, an Irish-Belgian-US co-pro which also has the distinction of being her English language debut.

Selah (Raffey Cassidy) has only known life as a follower of the Shepherd (Michel Huisman), the leader and only male in their self-sufficient community living in the middle of an expansive forest. Her mother having died while she was an infant, Selah has grown up as a ‘sister’ reared by the various other wives of the community, their roles defined by the color of their dress (wives wear pink, sisters wear blue). Having never been in contact with the modern world and sans any kind of technology, Selah’s only understanding of the world is through the eyes of this community, wherein all the wives share Shepard as a lover, each giving birth to new females for the group to rear. But just as Selah is visited by ‘woman’s sin,’ the police show up to demand the community leave the land they’ve resided upon for years, forcing an immediate exodus to a place the Shepard claims will be Eden. Along the way, Selah begins to doubt the teaching of her Shepard.

Szumowska has often tacked religious fervor and its consequences, both in the formidable In the Name Of…(2013) and the underrated and poignant Mug (review). For her English language debut, it was perhaps a wise move to embark on a small-scale drama about a cult in an unspecified region, avoiding the worry of accents as well as niftily dispelling any sense of realism seeing as how cult speak is heavily scripted and often halting as the followers are part of a highly restricted, unerringly rigid cultural environment divorced from reality. As based on a screenplay by Catherine S. McMullen, it certainly follows this familiar layout of introduction—if only the film’s costume design wasn’t so akin to those mole women in the popular Netflix series “The Unbreakable Kimmie Schmidt.” However, The Other Lamb is also lacking in several other areas.

While Szumowka’s assembled a handsome cast for her cult members, including Raffey Cassidy from Brady Corbet’s Vox Lux (2018) and Denise Gough of Colette (2018), certain logistical factors aren’t addressed, such as how the women receive the requisite sustenance to look as healthy as they do—not to mention only one past death post-childbirth in a community which regularly has births without any medical assistance or training.

As the omnipotent and apparently incredibly XX-slanted virile leader, Michiel Huisman (who was a cult victim in Karyn Kusama’s enjoyable The Invitation, 2015) looks the part but isn’t allowed much range beyond creepy lothario and abusive dominator—in short, he appears to be a man without a plan for such an otherwise efficient brainwashing operation, recruiting women in the same vein as the elitist collective in The Village (2004), seemingly. But how does new blood find their way to his community seeing as there are ‘original’ wives mixed in with the newbies? There’s some wonderful creepy tension in teasing whether or not the older wives are on board with Selah, his biological daughter, becoming his new wife, though to the audience this is clearly the intention.

Alongside these gaping questions, which tend to distract because they’re never addressed, Szumowska employs a double identity for Selah in her fantasies(?) and sometimes precognitions of scenes which come to fruition. Seeing as she’s the first child born within the cult, her fast track to rebellion is also relayed in short shrift, to the extent it remains unbelievable she, rather than say, Gough’s character, would fall so swiftly and easily from ‘grace.’ And yet, there are many interesting sub-textual qualities, such as how this group of women stand in solidarity for their handsome ruler rather than for each other (for instance, when Selah refuses to believe the testimony of the cursed wife despite all the glaring evidence otherwise supporting her claims).

Performances are otherwise routinely strong despite a lack of material and character development and The Other Lamb is beautifully lensed by Szumowska’s usual DP, Michal Englert.