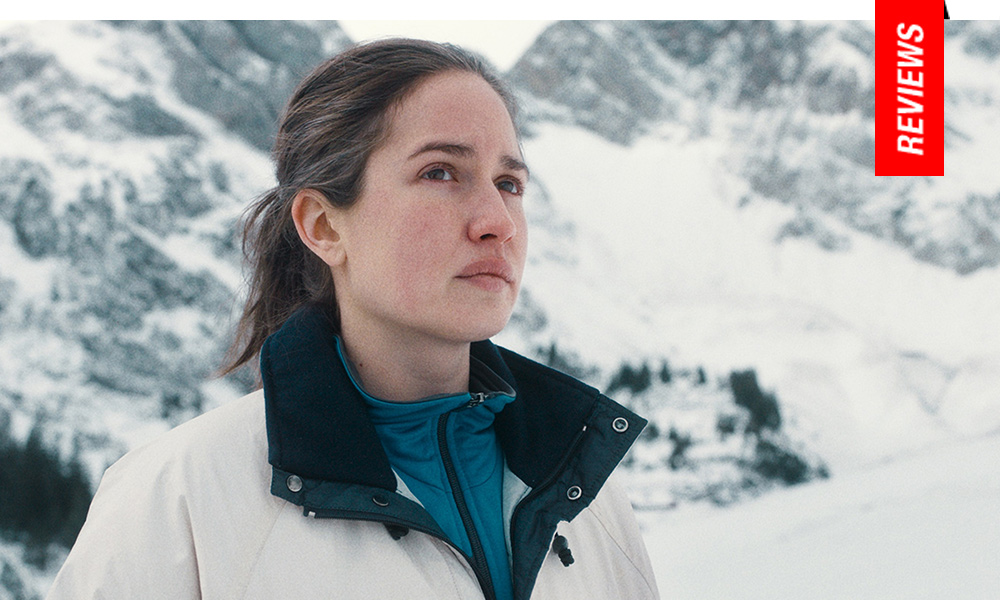 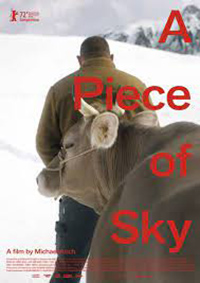 Delivering a steady handed narrative as full of sincerity as it is austerity, Swiss director Michael Koch blends nature metaphors with human suffering in his sophomore film A Piece of Sky (Drii Winter). The Swiss German title perhaps more effectively conjures the passage of time, in which a love blossoms, fades and dies between two villagers in a Swiss alpine village unequipped to deal with a fatal health issue tearing them apart. On paper, it sounds like any number of films we’ve seen before, but Koch takes a more estranged and distilled approach, boiling his narrative down to gestures rather than the significant emotional turnout generally mined in these scenarios. The film’s rhythm is as internalized as its lead character’s resilient desire to do the right thing for her ailing husband while also caring for her young daughter.

Marco (Simon Wisler), a lowlander, is a foreigner in a remote Swiss Alps village where he works on a farm. He’s become involved with bartender/mail carrier Anna (Michele Brand), despite her having a young daughter, Julia, from a previous relationship. Their romance quickly becomes serious, but shortly after their marriage, tragedy strikes. Marco unravels emotionally after being forced to bring one of the cows he tends to slaughter. His increasingly erratic behavior lands him in the hospital, where it’s discovered he has a malignant brain tumor. Although it seems the surgery is initially successful, Marco is clearly not the same. 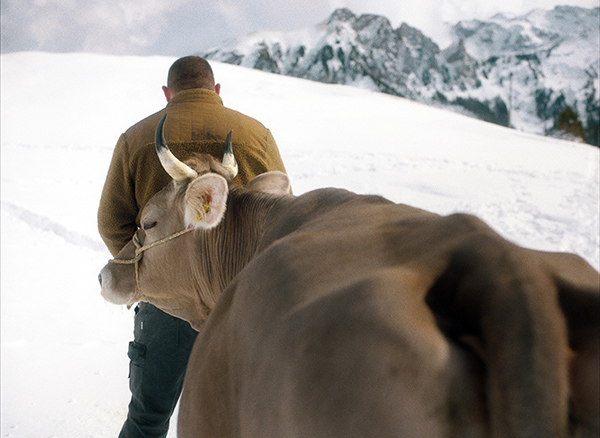 Though often distressing, there’s a numbing quality to A Piece of Sky which sets in after it reaches a shocking zenith of indiscretion. In the background, Koch instills a constant parallel comparison to the cows Marco’s emotionally connected with. An early breeding sequence mirrors his own sexual behaviors with Anna, but the lack of pregnancy for either Anna or Olga the cow suggests an illegitimacy in either ‘union,’ and thus begins a dual disintegration. A more verdant landscape immediately becomes a foggy, gray zone after Olga is brought to slaughter, with Marco’s distress resulting in an accident revealing his life threatening condition. Another sequence where Marco is observed gutting a cow is the perfect visual counterpart to the implosion happening inside himself. Surgery doesn’t quite fix Marco, leading to a taboo sexual situation (which Koch handles tastefully with brief intensity), and ultimately, a separation. It’s here where Michele Brand’s performance begins to become something special, especially as Koch only revisits her in action, responding to necessities and foregoing her own comfort by refusing to ever really let Marco go, despite friends and neighbors in the local village turning their backs.

While the length of the film doesn’t really serve the narrative’s purpose and tends to drag, Koch employs repetitive use of a choir singing in various outdoor scenes, whose songs vocalize impending moments in the plot. Unfortunately, these sequences end up feeling a bit superfluous as a creative choice, like chapter headings halting the energy of the film. DP Armin Dierolf makes expert use of the Swiss Alps, even as the film dips into a constant state of gloom. Avoiding the overt sexual and emotional hysteria of something with a similar narrative, such as Calin Peter Netzer’s Ana, Mon Amour (2017), A Piece of the Sky is, overall, an effective visualization of love bringing together and then tearing apart young lovers unable to articulate their feelings, like the fodder for Joy Division.