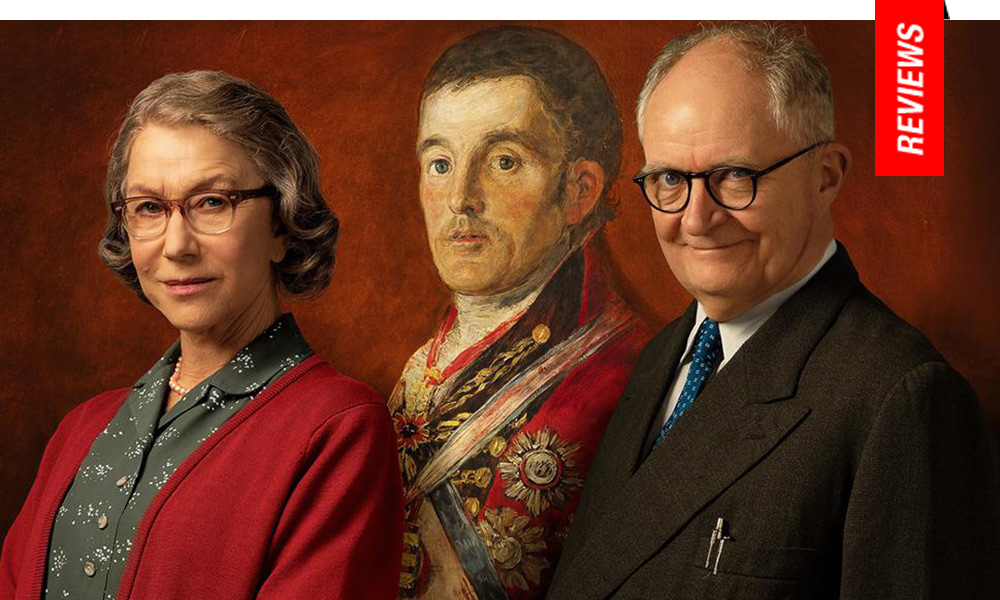 The Goya Next Door: Michell’s Swan Song a Slender Thread of Anti-authoritarianism 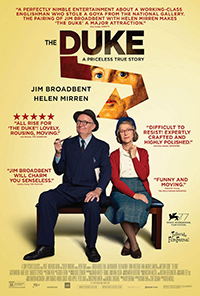 We’re primed to believe in the importance of a film whenever we’re greeted with the ‘based on a true story’ adage during the opening credits, connoting the approximation of someone or something of note. Unfortunately, the most notable element of The Duke is how it stands as the final narrative feature directed by the great Roger Michell, ending a formidable career on a frivolous lark starring a pair of the UK’s finest actors, Helen Mirren and Jim Broadbent.

Penned by Richard Bean and Clive Coleman (who previously have written for television and National Theater productions), it’s a light and breezy escapade outfitted specifically to appeal to a certain mature sensibility—but even by such stereotypical and venerable expectations, Michell’s exercise is something of an underwhelming exercise failing to prove why this minor footnote of an event is deserving of a cinematic spectacle.

In London, 1961, a 60 year old taxi driver named Kempton Bunton (Broadbent) was accused of stealing Goya’s portrait of the Duke of Wellington, holding it hostage until government officials agreed to renounce the national television license fee. While his wife Dorothy (Mirren) is unaware of his actions, their youngest son Jackie (Fionn Whitehead) helps his dad conceal the art at home. When his older brother’s girlfriend threatens to blackmail Kempton, he instead turns himself in to authorities, eventually convicted only for the theft of the frame which had held the painting.

As far as The Duke goes, Broadbent is the selling point as a somewhat ornery rascal keen on defying senseless authoritarianism. Sure, this is a film where the stealing of a painting is the catalyst, but it’s really about the state dictating a ridiculous license regarding television access (in essence, not unlike how we pay for WiFi in today’s world). So those expecting art heist shenanigans a la The Thomas Crown Affair (1968 and 1999) or even Danny Boyle’s Trance (2013) might be let down.

Instead, try as they might, the backstory of the Bunton family never really takes off, either, the specter of a dead daughter haunting Kempton and Dorothy to little real dramatic avail (at least as far as this film is concerned). This might explain the film’s necessary tangents meant to bolster Kempton’s righteousness beyond free television, such as defending a Pakistani coworker from a racist boss. The usually sterling Mirren gets put on the back burner in a performance paling in comparison to something like a similar working class grit displayed in Istvan Szabo’s The Door (2012). As their last remaining child at home, Fionn Whitehead (Port Authority, 2019) has little to do beyond providing the final turn of the screw in a somewhat obtuse escapade. 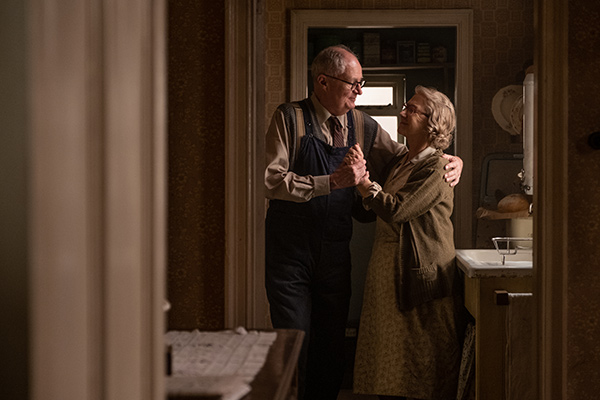 Resting comfortably on its laurels as a bourgeois tragicomedy, The Duke runs off the rails when it falls into courtroom hokum in the final act, with Matthew Goode’s barrister (a man whose most interesting detail is his marriage to Dame Peggy Ashcroft) giving the ubiquitous impassioned speech to free his exceptionally strident client. While some last moment details try to highlight why exactly the stealing of this Goya painting is so noteworthy (it makes an appearance in the film Dr. No), hanging it on the head of Kempton Burton seems a folly in the final frames, a man whose failures are highlighted instead of his accomplishments.

While Michell will likely be best known for his American rom-coms like Notting Hill (1999) or Morning Glory (2010), he’d spent the last several years directing a couple remakes (Blackbird; My Cousin Rachel), but it’s his uncomfortable melodramas which really soared, particularly everything from 2003’s The Mother to 2013’s Le Week-end (also featuring Broadbent). While there’s nothing innately wrong with The Duke, it’s merely an old-fashioned flavor of a film, nothing more.