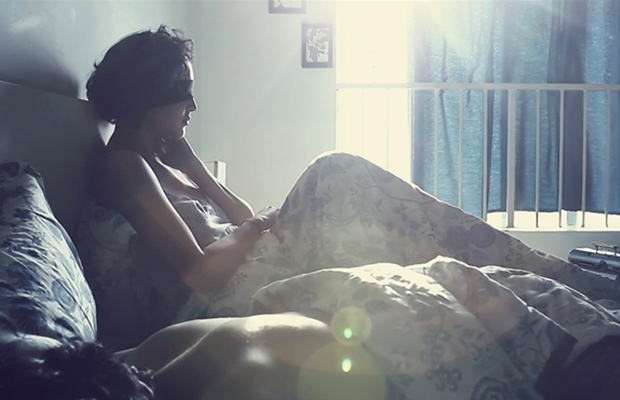 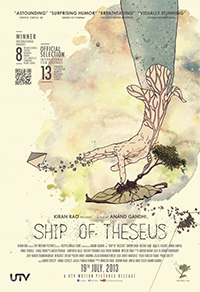 Finally seeing a release after its 2012 premiere, Anand Gandhi’s directorial debut, Ship of Theseus is an engaging philosophical exploration of, among many things, the meaning of life and discernable identity. Hardly as weighty or sententious as that sounds on paper, the film belongs to a growing cluster of recent independent offerings from India that exist far away from the realm of Bollywood, a fact that may conflate a struggle to find an audience. While a running time of nearly two and half hours may seem equally daunting, Gandhi, who also wrote the script, has created an intelligent, three pronged portrait of life in modern day Mumbai that neither taps into doldrums or dramatics. While it sometimes feels a bit heavy-handed, certain lengthy passages of dialogue and a uniting finale are two areas that may grate, it’s a grandly composed film from an exciting new voice in a new wave of directors coming out of India.

The film opens with a quote from Plutarch concerning the rotting planks of Theseus’ ship, which were all eventually replaced by new planks, making the new ship different from the original. Is it the same ship even if it’s not comprised of the original material? Gandhi turns to the organic human body to explore the notion of changing identity over time, giving us three separate character segments. The first features blind photographer Aliya (Aida El-Kashef), who, with the aid of cutting edge voice technology on her camera, enjoys a burgeoning reputation as a major talent. Her struggle to remain independent puts her at odds with her caring boyfriend, and a corneal transplant that restores her eyesight forces her to completely re-think her method of not only living but working.

Next, a disciplined monk (Neeraj Kabi) is an animal rights activist looking to engage legal action to change how animals are used and abused, seemingly by all major corporations working in India. Discovering he has cirrhosis of the liver, he’s offered a transplant and medication that would save his life. However, upon learning that said medication has been tested on animals, he refuses the treatment, even at the insistence of newfound friend Charvaka (Vinay Shukla), a novice lawyer who urges him not to be a martyr.

Lastly, Naveen (Sohum Shah) is a busy stockbroker embroiled in taking care of an ailing grandmother he doesn’t seem to relate to very well. Recently, Naveen underwent a kidney transplant, and all his trips to visit grandma in the hospital causes him to learn about a man whose kidney had been stolen while undergoing a routine surgery at the same hospital Naveen had received his new kidney from. Quickly, he’s thrust into the barely contained world of organ trafficking that sets him off on an international escapade to enact change.

Gandhi and DP Pankaj Kumar (also his feature debut) present Mumbai as an amber hued canvas, a place teeming with people, filled with vibrant energies in look and action, even as the landscape is consumed by a feeling of omnipresent aridity, frames sometimes frowned out by the sun. Rich in characterization, strong performances, especially from Aida El-Kashef and Neeraj Kabi, make the deliberate pacing ultimately compelling, even when some of Gandhi’s dialogue feels a bit too on point (an allegory about a frog and a centipede comes to mind, collapsed into a segue between narratives). A subdued and unifying finale may pretentiously bring this full circle to Plutarch’s opening quote, a flourish that seems borrowed from any number of English speaking narratives appearing to initially offer divergent storylines. Nevertheless, Gandhi, like Ashim Ahluwalia, Vasan Bala, and Ritesh Bitra, can be counted among the exciting new directorial voices coming out of India, presenting intelligent, thought provoking cinema outside the mainstream machine.