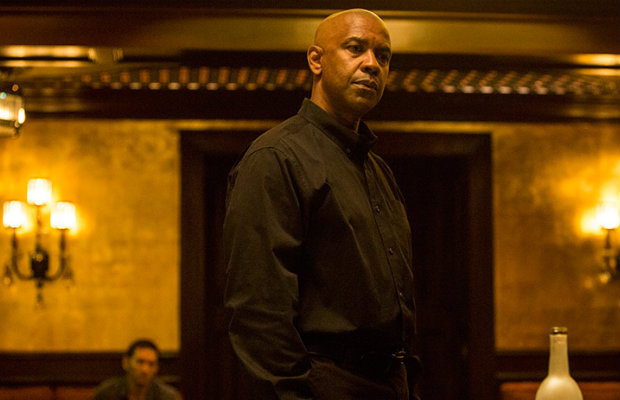 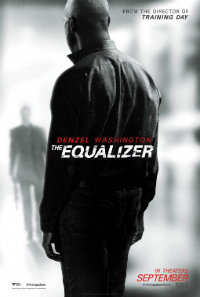 Upon the project’s official announcement, it may not have seemed a necessarily surprising or even awful idea to resurrect the mid-80s television series The Equalizer to be retrofitted as an action vehicle for Denzel Washington. In fact, in a day of dodgy remakes, reinterpretations, and constant regurgitations, it seemed an inspired bit of casting. After initial names backed out and it landed in the hands of Antoine Fuqua, who would then be reunited with his Training Day star, anticipation kicked into high gear in what seemed a perfect remedy to wash away the cornball melodrama of Olympus Has Fallen in Fuqua’s otherwise gritty and often hard-hitting filmography. Unfortunately, though sporting some considerably violent sequences, it is pure studio fodder, suffering from some miscasting, a bloated running time, and a flat lined screenplay. That said, Washington is a winning presence, and though he’s saddled with unbelievable elements, he’s got more than enough charisma to warrant seeing the film.

A lonely employee of a Boston home furnishing chain, Robert McCall (Washington), leads a quiet existence, doing his best to encourage others around him to do better for themselves. He’s helping support a co-worker lose weight so he can pass an exam to become a security guard, and at the local diner where he’s reading the one hundred most important books you should read before you die, he encourages a local Russian prostitute, Teri (Chloe Grace Moretz) to pursue her dreams as a recording artist. As Robert interacts more and more with the sad-faced Teri, he becomes embroiled in her personal dilemma. Beaten badly enough to land her in the hospital, Robert seeks retribution with the Russian mafia men that own and maimed her, which instigates a dangerous superior (Martin Csokas) to catch a flight on over from the mother land to see what the hell is going on. With the relentless Russians hunting him, Robert’s skills from his past as a highly trained, top secret government operative become quite handy. Meanwhile, other people in the city simultaneously benefit from his good deeds in the face of hopeless corruption from the other side of the law, as well.

While Washington has a fitting persona for the staunchly heroic drive of Robert McCall, the rest of the film around him is filled with stock characters and scenarios that were mistakenly hewn in the vein that thinks remaining deadly serious will compensate for lack of originality. But even if we’re overly familiar with the parameters, something more could have been done to instill some sense of energy or flavor into the proceedings, which, clocking in at a little over two hours, remains naggingly, embarrassingly flaccid.

It doesn’t help that Washington’s alter-ego persona as a floor associate in a Home Depot type franchise is wholly unbelievable. This disparity evens out a bit as we learn more about his real skills, though details about his past life are pretty vague, dancing around the film’s periphery, only divulged in a few deadweight moments such as visiting ex-colleagues played by Melissa Leo and Bill Pullman. This, like several instances in The Equalizer, seem utterly inane. We’re told this was so his character could get “permission” for the havoc he’s about to wreak, though it means nothing when the five minute relationship is established without any sort of real emotional context.

Australian character actor Martin Csokas gets streamlined into a Russian baddie this time around, and he’s a serviceable, even enjoyable villain. The film’s most glaring misstep is the casting of Moretz as the Russian born prostitute that catalyzes the film’s central dilemma. It’s a cloying, underwritten character that isn’t helped by Moretz’s rather blank performance that cheaply and insistently demands our empathy, though doesn’t bother earning it.

Director and screenwriter Richard Wenk (known more recently for writing The Expendables 2, less recently for the Grace Jones horror comedy, Vamp) dishes out typical cliché standards, granting Washington’s McCall with several moments of his ability to hyper-calculate his surroundings, relayed visually with a cheap, gold glow. For all we know, this could be a super power since the film does nothing to establish any kind of back story for him other than that he was married, had his heart broken, and is really great at kicking ass.

In today’s modern market, characters like this are a dime a dozen, and considering we’re witnessing another collaboration between Fuqua and Washington, it doesn’t come close to the expectations their names have already established, in a film that feels more like a rehash of Death Wish more than it does anything else.