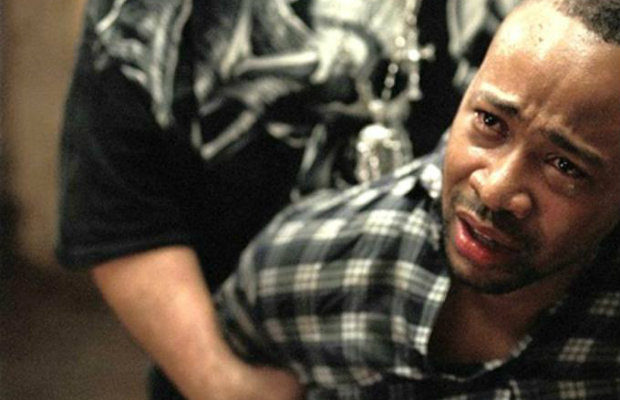 Trouble in Mind: Onah’s Homage to Neo Noir an Indie Echo of Device 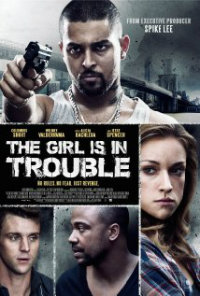 In development for the past five years since it was initially announced, director Julius Onah’s directorial debut The Girl is in Trouble at last reaches a theatrical release. Impressive as a first feature, Onah’s homage to vintage New York noir looks to explore modern examples of urban fugue in the fluctuating metropolis. In several regards, this is a refreshing example of tried and true tropes, focusing on the perspective of a black character (an uncommon element in noir) and conveying Onah’s familiarity with his inspirations. However, like many of the titles it invokes, style can’t compensate entirely for substance, and third act inevitabilities find the film’s initial energy plummeting before the end credits.

August (Columbus Short) is a down-on-his-luck DJ, desperately in need of a job after a series of circumstances have led to his recent unemployment. His sleep is interrupted late one night by a beautiful, Swedish chanteuse, Signe (Alicja Bachleda), wandering around New York in slippers and an ill-fitting shirt. She’s been turned away by her ex-boyfriend, who throws her guitar out at her, along with several other friends and acquaintances it seems Signe has been rather short with. August is the first person she can reach, and he agrees to meet her at the bar, seemingly not too put off by her shoddy attire. She needs a place to stay; he agrees to let her crash. They have sex; he wakes up and finds her rifling through his wallet. Confronting her, he grabs her phone and accidentally sees footage of a drug dealer, Jesus (Kareem Savinon), being smothered to death by a billionaire’s son, Nicholas (Jesse Spencer). It turns out August knows Jesus, which explains why Jesus’ vengeful brother, Angel (Wilmer Vilderrama) is suddenly knocking on August’s door, in search of his brother.

Beginning with the traditional omniscient narration of its protagonist, evident in many classic film noir titles, The Girl in Trouble begins energetically and with great promise, our down and out DJ sucked immediately into an insidious web at the beckoning of a beautiful blonde. Eventually, this begins to feel a bit dubious considering the low-grade chemistry built between August and Signe, but we’ve seen countless numbers of sensible men make questionable decisions for similar reasons, and apparently August is no exception. It’s a winning performance from Columbus Short, who many will recognize as a supporting player on the television show “Scandal.” While he often seems peripheral there, he proves to be an enjoyable lead.

Another television star, Wilmer Vilderrama, also gets cast against type as a drug dealer, and you may often forget it’s him. More problematic is the casting of Alicja Bachleda, a Polish actress born in Mexico, who doesn’t really exude the icy blonde Swedishness the script seems to be pressing for (you may recognize her as the title character from Neil Jordan’s extremely schmaltzy 2009 mermaid movie, Ondine). Likewise, the white collar criminals hot to find Signe and her incriminating cell phone footage fail to make much of an impression.

A strong first feature from Onah (who will next be seen filming a big budget project starring Noomi Rapace), one glance at the multitude of executive producers, among them Spike Lee, speaks to the high expectations for the director. The Girl is in Trouble is a solid debut, but it’d be great to see what else Onah has in store, particularly a project that will take considerably less time to get off the ground.